APC: We’re Not against BVAS 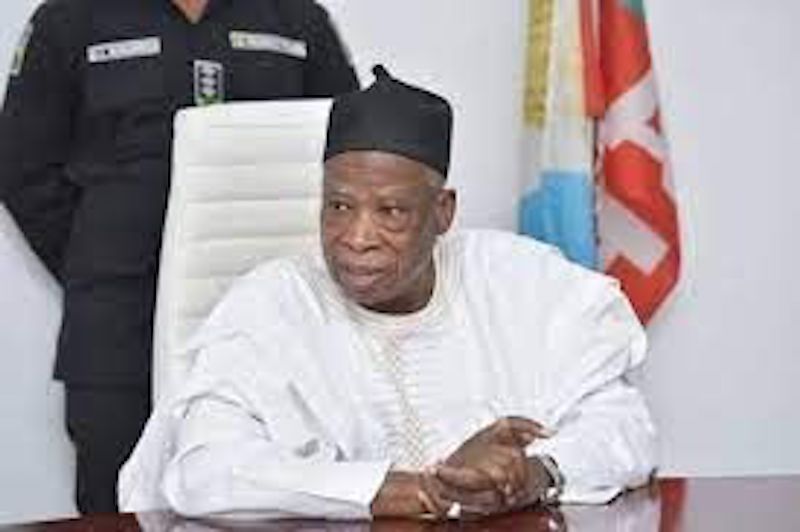 The ruling All Progressives Congress (APC), yesterday, denied reports credited to its National Chairman, Abdulahi Adamu, and said it was not against the deployment of the Bimodal Voter Accreditation System (BVAS) and the Results Viewing Portal (IReV) proposed for deployment by the Independent National Electoral Commission (INEC) in the 2023 elections.
National Publicity Secretary of APC, Felix Morka, issued the rebuttal at a press conference in Abuja, saying the report is an unfair misrepresentation of Adamu’s comments.

The claims about disposition to INEC’s deployment of technology for the 2023 general election came as a northern group, Arewa Media Influencers, promised to deliver 10 million votes to Tinubu next year, and Kwara State chapter of the party gained more members from the opposition parties.
It was reported in some sections of the media on Wednesday that Adamu kicked against INEC’s decision to deploy BVAS and electronic transmission of results.
But Morka clarified Adamu’s statement at a press conference yesterday in Abuja, describing the report as false and a bigoted twisting of the chairman’s comments.

The APC national publicity secretary said in the statement, “To be clear, Chairman Adamu did not kick against the deployment of BVAS or electronic transmission of results, as erroneously reported by sections of the media.
“The APC administration of President Muhammadu Buhari midwifed the successful reform of the Electoral Act, the introduction of BVAS, among other technological innovations, and has superintended the conduct of credible, free, fair and transparent elections in Edo, Anambra, Ekiti and Osun states.
“Our party and government remain committed to the highest levels of electoral transparency and democratic consolidation in our country.

“The chairman only expressed concern about electricity or telecommunication networks, he was not in any way kicking against BVAS or electronic transmission of results. Our party is in full support of BVAS and the electronic transmission of results; that doesn’t mean if there are concerns it shouldn’t be expressed.”
APC Presidential Campaign Council (PCC) also said the ruling party was not afraid of BVAS because the youth of the country were strongly behind the party. Director, APC PCC National Youth Mobilisation, North Central, Hon. Mike Msuaan, stated this while addressing journalists yesterday in Abuja.

Msuaan also stressed that Nigerians should be concerned about what the presidential candidate of the party, Tinubu, would offer the country and not his age.
He said, “We didn’t see Asiwaju contesting with Atiku and Peter Obi. We know what Atiku did to this country. He threw the youth of North-central and this country to the street. The privatisation exercise that he mishandled drove the youth of this country to be jobless.
“Under Atiku as vice president, over $16 billion was invested and up till now, we are still in darkness. Is that the person that should rule us? Or are we talking of Peter Obi, who has zero record in Anambra State?”

National Secretary of Arewa Media Influencers, Mr. Shuaibu Abdullahi, while promising to deliver 10 million votes to Tinubu at a press conference in Abuja, admitted that the group’s relationship with the PCC had not been rosy.
Abdullahi, however, said after a successful intervention by party chieftains from the north, they had made up their minds to work for Tinubu based on his antecedents of performance as Lagos State governor.

He stated, “As of today, we have at least 10 million followers, both online and off-line. We all know the importance of the media in the north. We have been educating our people to come out and vote for APC. That is why the party became victorious in 2015 and 2019 general elections.”

The Atiku/Okowa Presidential Campaign Organisation said APC’s alleged rejection of electronic transmission of results through the Bimodal Voter Accreditation System (BVAS) and INEC Election Result Viewing portal (IReV) confirmed the party and its presidential candidate, Bola Tinubu, did not have genuine followership among Nigerians ahead of the 2023 elections.
One of the spokespersons of the Atiku/Okowa Campaign Organisation, Kola Ologbondiyan, said APC had realised that given its mass failures across the polity, it did not enjoy the support of Nigerians and, as such, was scared of any process that could deliver credible balloting.

Ologbondiyan stated, “APC’s mortal fear of mass rejection at the polls is directly behind its unnecessary tantrums against the electronic transmission of results. It is abundantly clear that the APC plan is to return our electoral process to the days of mass rigging through the use of incident forms, ballot box snatching, ballot stuffing, and other electoral malpractices.

“Having become frustrated because of the introduction of technology to improve the electoral process, the APC is seeking ways to manipulate the elections to enable it to re-enact the horrible electoral seasons of its devious act of holding electoral officers by their jugulars and forcing them to write results for APC candidates.”

According to the PDP presidential campaign spokesman, “The only option left for the APC is to accept the reality of its rejection and quietly fizzle away from our political firmament. After all, the APC has since lost the statutory integrity to field candidates in the 2023 general election due to its illegal and unconstitutional congresses.”
At the same time, Director of Strategic Communications of the PDP Presidential Campaign, Bashorun Dele Momodu, berated APC over the BVAS, stating that the world has gone digital.

In a statement, Momodu said, “I am very surprised that at this time and age, APC will still want us to operate analog elections. The world has gone digital and anything that will eliminate political thuggery, cheating, and rigging, I will expect any reasonable political party to support it.
“So, for APC to say it does not support it, there should be no transmission of results from voting points, it’s like sending us back 50 years ago into antiquity. At PDP, we will support transparent elections only.

“And we know that we stand to benefit from it. Anybody who is completely jittery knows why it’s complaining, because they (APC) are used to manipulating elections. We told them in Osun. And we won. When people decided that this time, we will not allow you to rig and, of course, electronic technology helped in Osun.

“The world can see who is jittery. APC is very jittery, and we will defeat them. There’s no doubt about that.  Let me tell you, I believe that APC is already winding down. And when a political party begins to wind down, its ability to misbehave becomes weakened.”

A large coterie of prominent politicians from the opposition parties in Kwara State left their parties and joined the governing All Progressives Congress (APC). They included former Deputy Speaker of Kwara State House of Assembly under the Peoples Democratic Party (PDP), Hon. Mathew Okedare, and former Commissioner for Tertiary Education, Abdullahi Alikinla, among other members of the opposition parties.

AbdulRazaq said, “We welcome all the decampees and appreciate you for your conviction and your trust in our party. We are going to work together to achieve success. We will treat you all fairly as members of our party. As you can see, PDP is now empty. They only deploy social media to feign popularity.
“They came up with a slogan – ‘O Suwa’ (We are fed up). They are truly shameless for comparing their 16 years to our three and a half years in office.
“They boast of constructing a flyover bridge at the Post Office. They are liars. They never told Kwarans that the federal government funded the project. The same thing applies to Ilesha Baruba-Chikanda road construction and the airport.

“We are building huge projects with our own money as an administration, while delivering basic amenities to our people, including workers’ welfare.
“We cannot entrust the future of our state to those, who once ruined a bank. They will destroy our state, if we make that mistake. Let them know that you’re not tired of good government and steady spread of infrastructure across the state.”
The governor read some of his administration’s scorecard across sectors and enjoined the new members to remain resolute to deliver the state for APC at the polls.

Chairman of APC in the state, Mr. Sunday Fagbemi, said, “Kwarans have all seen the huge gap between the past and present administrations in terms of inclusive growth and good governance, and have vowed never to allow the state to go backward.”
Director General of Kwara APC Campaign Council, Alhaji Yahaya Seriki, urged members of the party to remain determined to work for the success of the party.
The defectors also took turns to explain why they left their parties to embrace APC, describing AbdulRazaq the architect of a new Kwara.