CJN: Judiciary Yet to Be Truly Independent, Administers Oath of Office on 62 Fresh SANs 23 mins ago

Power and Politics of the Written Word: The Legend of Chinua Achebe 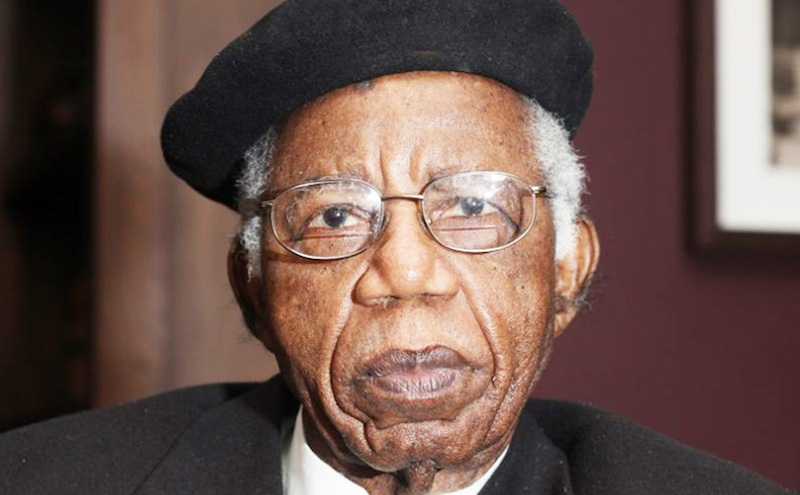 Chinua Achebe lived in glory as the one-man institution who conquered the world for Mother Africa, and the great Kenyan novelist, Ngugi wa Thiongo, put it in these words: “Achebe bestrides generations and geographies. Every country in Africa claims him as their own.”

On November 16, 1930, Albert Chinualumogu Achebe was born to a teacher-cum-evangelist father of the Anglican Communion in the town of Nnobi, near his hometown of Ogidi, in present-day Anambra State.

Achebe was a child prodigy who was nicknamed “Dictionary” early in life because of his encyclopaedic knowledge. He set excellent records in primary school and at the famous Government College, Umuahia where the school put up his plaque for coming first in a countrywide examination. He was admitted into the then University College, Ibadan to study Medicine but changed over to the liberal arts, and the rest, as they say, is history.

Achebe entered into the world of broadcasting, and rose quickly to become the Director of External Broadcasting in pre-war Nigeria. He got married to Christie Chinwe Okoli, and the marriage got blessed with four children – Chinelo, Ike, Chidi and Nwando.

After the war, Achebe changed over to the academia, teaching at the University of Nigeria, Nsukka.

At barely 28 years of age, Chinua Achebe published the novel Things Fall Apart in 1958, and the book that has only 50,380 words has proven to be the single most important piece of literature out of Africa. The 50th anniversary of the 200-odd page novel in 2008 was celebrated all over the world with festivals, readings, symposia, concerts etc. The novel which has been likened to epic Greek tragedy has been translated to some 60 languages, and has sold over 20 million copies.

It is taught not just in literature classes but in history and anthropology departments in colleges and universities all over the world.

The archetypal theme of the meeting of the white world and the black race makes Things Fall Apart an epochal event in the annals of world literature. Things Fall Apart tells the deceptively simple story of Okonkwo, a strong man whose life is dominated by the fear of failure as per his music-playing father, Unoka.

As a teenager, Okonkwo brought honour to his village by throwing the hitherto unbeatable Amalinze the Cat in a wrestling match. His fame spread through the nine villages of Umuofia and beyond like harmattan bushfire, but he remained troubled that his father Unoka was a debtor and a failure. As if to compound matters, Okonkwo notices weakness in his own son Nwoye, and he comes to the sad conclusion that raging fire only ends up as impotent ash.

Against the warning of an elder, he kills the ill-fated child Ikemefuna who had been given over to the people of Umuofia as ransom, a child who called him “father”. An accidental gunshot that kills a fellow villager at a wake leads to Okonkwo being exiled from Umuofia for seven years.

When he comes back from exile he discovers that the Christian missionaries have literally overrun the land, and even his son Nwoye had joined them.

In raging anger, after a devious incarceration, Okonkwo cuts off the head of the white man’s messenger but the people of Umuofia would not follow him to war. He hangs himself on a tree and ends up being buried by the strangers he had spent his life fighting.

Things Fall Apart works at several levels, and can be read at any age from 10 to 100. As a child, one can enjoy the incidents such as the match with Amalinze the Cat, Unoka’s dismissal of his creditor, the killing of Ikemefuna, Okonkwo’s attempted shooting of one of his wives, the visitation of the masked spirits etc.

Later in life, the many ironies in the book come into play such as the joke on the District Commissioner thinking that Okonkwo’s story can only end up as a paragraph in his planned book, The Pacification of the Primitive Tribes of the Lower Niger, without knowing that one Chinua Achebe had taken the thunder from him by giving Okonkwo an entire book in which the story is narrated from inside!

It is not for nothing that Achebe is celebrated as the father of African literature because he changed the perspective of world literature from the gaudy picture of Africa painted by Europeans such as Joyce Cary to the authentic telling of the story by the Africans.

Unlike earlier African writers like Guinea’s Camara Laye, author of The African Child, who painted a romantic picture of the continent, Achebe was relentlessly objective in his narration, telling it as it is, warts and all.

It is because of the remarkable success of Things Fall Apart that the publishers, Heinemann UK, launched the phenomenal African Writers Series (AWS) in 1962 with the novel as the first title.

For many years, Achebe served as a non-remunerated Editorial Adviser of the series in which the majority of African writers got their breakthrough in publishing.

Things Fall Apart reputedly accounted for 80 percent of the entire revenue of the AWS.

In 1975, Chinua Achebe gave his famous controversial lecture, “An Image of Africa: Racism in Conrad’s Heart of Darkness” that put the issue of racism on the front burner via Joseph Conrad.

The last book of Achebe was There Was a Country – A Personal History of Biafra, which sounds as if it is the epitaph of the country as Nigerians always exclaim in despair: There was a country!

He equally won, as the first African, the American National Arts Club Medal of Honour for Literature in November 2007.

Things Fall Apart has earned its uncommon distinction as a modern classic, and was in 1992 adopted into the esteemed Everyman’s Library of world classics.

The Igbo world of the late 19th and early 20th centuries which Achebe depicted in Things Fall Apart has become the global picture of Africa writ large.

At the end of the 20th century, the book that gave the world a new English language was voted as Africa’s “novel of the century”.

Beyond his novels, essays and poetry as in Beware Soul Brother, Achebe always tells truth to power. Achebe wrote in his last novel, Anthills of the Savannah, that what survives after the epic battle is the story. A man of inimitable principle, Achebe rejected the award of the high national honour of Commander of the Federal Republic (CFR) in October, 2004 by writing back to the government thus: “I write this letter with a very heavy heart. For some time now, I have watched events in Nigeria with alarm and dismay. I have watched particularly the chaos in my own state of Anambra where a small clique of renegades, openly boasting its connection in high places, seems determined to turn my homeland into a bankrupt and lawless fiefdom. I am appalled by the brazenness of this clique and the silence, if not connivance, of the Presidency.” He damned the then President Olusegun Obasanjo by stressing: “Nigeria under your watch is too dangerous for silence.” Achebe also rejected the award when it was re-offered in 2011 by President Goodluck Jonathan.

His 1983 classic book The Trouble with Nigeria began with these famous words: “The trouble with Nigeria is simply and squarely a failure of leadership. There is nothing basically wrong with the Nigerian character. There is nothing wrong with the Nigerian land or climate or water or air or anything else. The Nigerian problem is the unwillingness or inability of its leaders to rise to the responsibility, to the challenge of personal example which are the hallmarks of true leadership.”

According to Achebe, “Nigeria is neither my mother nor my father. Nigeria is a child. Gifted, enormously talented, prodigiously endowed and incredibly wayward.”

As a true “man of the people”, unlike Chief M.A Nanga of A Man of the People, Achebe served meritoriously as the President-General of his Ogidi town union, and was the Vice-Chairman of Aminu Kano’s talakawa party, People’s redemption Party (PRP), in the Second Republic. He was the founder of the Association of Nigerian Authors (ANA).

Chinua Achebe died at exactly 11:51pm (US time), that is 4.51am (Nigerian time), on Thursday, March 21 at the Harvard University Teaching Hospital, Massachusetts, USA, aged 82.

The then American President Barack Obama paid Chinua Achebe deserving tribute thusly: “A revolutionary author, educator, and cultural ambassador, Chinua shattered the conventions of literature and shaped the collective identity of Nigerians throughout the world. With a dream of taking on misperceptions of his homeland, he gave voice to perspectives that cultivated understanding and drew our world closer together. His legacy will endure in the hearts of all whose lives he touched with the everlasting power of his art.”