PDP: Tinubu Haunted by His Plan to Relocate FCT to Lagos 5 hours ago 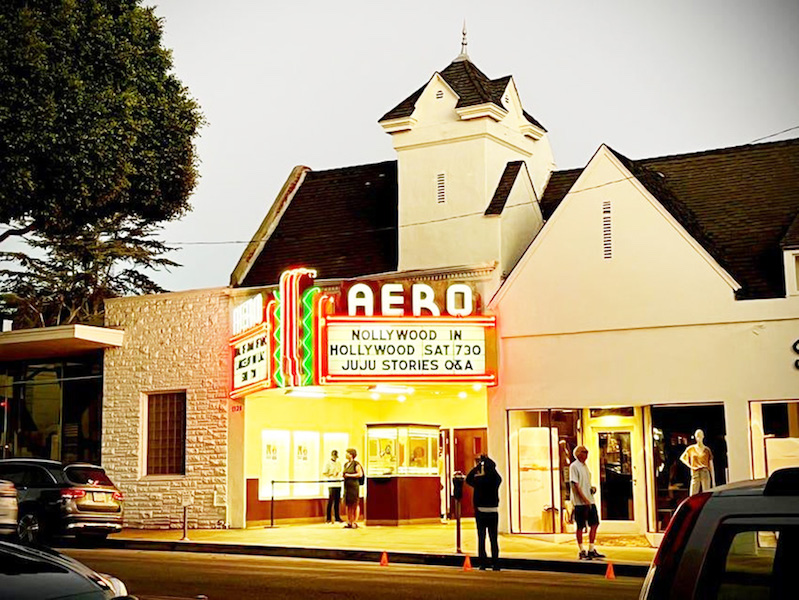 Against all odds, Nollywood in Hollywood Festival again came on stream recently for Nigerians in the Diaspora, after the Los Angeles film audience had a two-year break due to the COVID-19 pandemic.

Though, only two films were screened at this year’s festival, one of which was a three-part anthology, but staff and attendees were ecstatic as they experienced and discussed the next generation of emerging Nigerian cinema.

Nollywood in Hollywood for five years had consistently featured an annual presentation of top three Nigerian films for the Hollywood film industry, screening the selected films by the festival jury all over Los Angeles, from the American  Cinematheque theatres to movie theatres in university campuses, including the well-known film school at the University of Southern California until the COVID-19 pandemic impediment.

The first of the two movies screened this year was the Daniel Ademinokan’s film, Gone.

Held at the Norris Cinema Theatre at the University of Southern California, festival staff rolled out a red carpet, and many varsity students were excited with numerous young people from across Los Angeles schools, showing so much eagerness for Nigerian cinema.

A volunteer Nigerian environmental studies major, who enjoys taking classes at the film school on the side, stated that she was happy as a Nigerian watching movies from her home country on the big screen and sharing the experience with her peers.

The Ademinokan Netflix-produced film tells the story of a Nigerian boxer, Any, who finally returned home after about 25 years in an American prison without ever telling his family about his imprisonment and falsely making them to believe that he simply left his wife to raise their two children alone to meet another woman in the US, making life difficult for his son he met for the first time upon his return to Nigeria, a no easy situation for them both.

At the friendly and open conversation stage, a much excited Ademinokan  thanked  the festival founder, Ose Oyamendan, EP and principal partner of O2A Media, for rejuvenating Nollywood in Hollywood, explaining  that the most important aspect of his film, Gone  was exploring the complexities of a father and son relationship, a usual common theme in Nigerian cinemas, stating that his intention was to show this important theme in a more accessible emotional way.

Aside Gone, Ademinokan in the last 14 years has written, directed and produced many feature films, including the crime drama, Black Friday, that earned five nominations at the Africa Movie Academy Awards, just as he played multiple musical instruments from childhood, wrote stories constantly to hone his skill at screenwriting, started earning money from script sales to producers in Nollywood as a Nigerian university Computer Science student in the 90s, returned to filmmaking after a college degree, and then traveled to New York to study film at both the Digital  and New York Film Academies.

Ademinokan’s varied backgrounds allow him to assume different roles in his projects- director, producer, screenwriter, colourist and music producer, among others.

“I love focusing on details, and wearing multiple hats as it helps me to see the film from many perspectives,” he said, adding, “I may have all these skills that I’m into, but I can never do them alone without an amazing team behind me.”

He described Nollywood as “a huge industry,” labeling it an important “source of wealth for many people.”

But the endowed filmmaker hates delivering stereotype stories about Africa, sadly pointing out: “It’s like “Jumping off trees, the only thing Hollywood wants to see,” urging producers to be more interested in what Africa truly is instead of how the general audience wants to see her, the reason, he says,  he refuses to label Nigerian filmmakers Black filmmakers, arguing, “We are filmmakers; at the end of the day, we’re all telling stories, regardless of what it is.”

Ademinokan produces not only his own films, but those by fellow Africans, taking for example, Here Love Lies by Tope Oshin, and Sam Dede, who starred in Gone. The same for Psychological Thriller screened on September 29, 2022 at the Smithsonian National Museum of African Art in Washington D.C, a unique five-day cinematic and exhibition experience.

A celebration of African creativity and expression, it derived its title from the Nigerian telephone code, +234 Connect.

But aside the Nollywood in Hollywood Festival this year, a three-part anthology Juju Stories were on September 24, 2022 presented at the Aero cinema in Santa Monica. As its name suggests, the film features stories that explored juju (magical) stories rooted in Nigerian folklore.

All three stories, Love Potion by Michael Omonua, which told a timeless story about a love spell that had an unexpected ending, YAM by Abba Makama, which presented a crazy tale about how a witch transformed an arrogant and annoying beggar into a vegetable, Suffer The Witch, by C.J. Obasi, that also told a story about a witch, but an untraditional one.

Celebration of Nigerian culture generally teaches others not only about witchcraft, but the daily life in the country, and particularly leaving many in a surprise about Lagos, the largest city in Nigeria, being surrounded by water, and the Island and the Mainland just linked with three bridges.

Nollywood is the second largest film industry in the world after the India’s in terms of output, but despite its widespread cultural influence, it’s yet to make its mark globally, including in the United States as many other foreign (mainly western) film industries.

No thanks as well to the fact that Nigerians speak English and their films are not acceptable to non-English award contests.

Participating in prestigious awards’ competitions have, therefore, not been too attractive to Nigerian filmmakers.