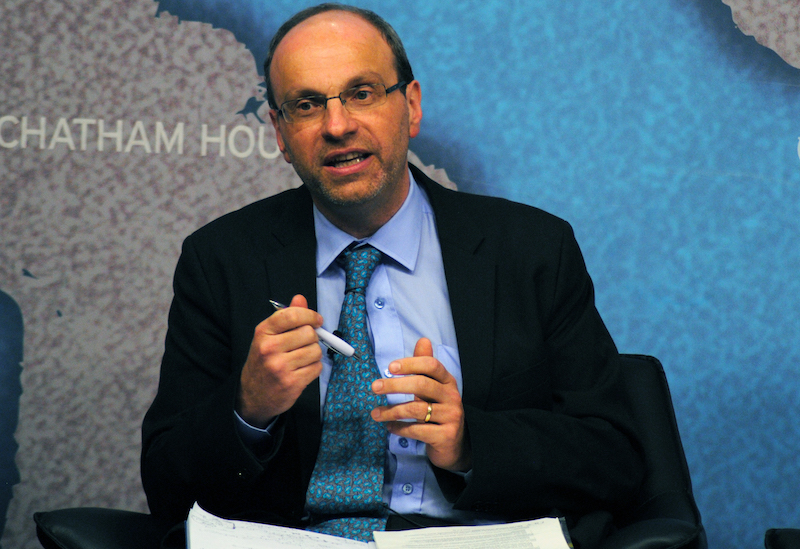 An economic expert has described Nigeria as a loser in the gamble on development among nations because of its elite consensus built around rent-taking from the proceeds of crude oil and persistent implementation of policies that are not altogether economically sensible.

This verdict was given yesterday, in Lagos by a Professor of Economic Policy in the University of Oxford, Prof. Stefan Dercon, during the launch of the State of Enterprise Report 2022 by the EnterpriseNGR.

Dercon, who is the author of “Gambling on Development: Why some Countries Win and Others Lose,” also noted that the state of enterprise in Nigeria was bad because faulty policies were being implemented by politicians whose interests are not for development.

He said: “Nigeria is a looser in the gamble on development. You have amazing enterprising individuals and dynamic businesses but Nigeria will top the league of the most extreme poor people in the world and is in the company of Madagascar and Democratic Republic of Congo.
“When I observe Nigeria today I can only say that the state of Nigerian enterprises is really bad. The state of Nigerian economy is really not very good. But the financial sector can survive because of its resilience.

“But you know that Nigeria is being left behind compared to other countries. The policies are really bad but that is one element of it.”
He identified the border closure that was implemented in 2019 till 2021, as one of such faulty policies, saying it was a snub on international trade.
Dercon, however, posited that the organised business community must accept it as their role to build the elite bargain that is pro-development by speaking in one voice and influencing decision makers to prioritise development.

He said: “But don’t abdicate responsibility from those who are actually creating wealth in this country and actually adding value should not abdicate responsibility to actually playing that role as well.
“I do think from what I have seen in other countries that it is the business community that will indicate the lever of change because there is no politics without the business community.

“If you look at other countries, it is actually the business community that begins to speak in a unified voice. The business community will play a very central role in the elite bargain around promoting development and ensuring that growing the economy is the central thing to do.”

But the President and Founder of ANAP Foundation, Mr. Atedo Peterside, in his brief remark countered the opinion that Nigeria’s business community could champion the elite consensus that would deliver the required reforms for economic development.
Peterside said: “You were talking as if you thought that there is hope in our business sector in terms of bringing about reforms. I totally disagree. I see no hope whatsoever. The hope that we have in this country comes from the youth.

“There are two reasons. One, I think that there is a strong element of Stockholm syndrome at work the business community to which I belong, which is when a prisoner begins to love those who imprisoned him.
“The business community competes to fall in love with the people in government who have destroyed their businesses and their clients. So there is no hope there.

“We can streamline on the youths who are far more in number and have less to lose because he who is down needs fear no fall. The businessman fears to protect the small that he has. They may never bring any hope.”
On his part, the Chairman of EnterpriseNGR, Mr. Aigboje Aig-Imoukhuede, stressed that the strength of the financial professional services was not in the individual, but in collaborative actions to build up men and women who will lead and operate the profession.

He said: “It is as only as that process of building these young men and women that the industry will grow. Our mandate at EnterpriseNGR is essentially to wake up and bring together Nigeria’s young men and women of talent and brilliance, capacity to make this nation truly Africa’s premier centre for financial services.”

The Chief Executive of EnterpriseNGR, Ms. Obi Ibekwe, while presenting the State of Enterprise Report 2022 said: “There is need to ensure growth is more evenly distributed across all the FPS sub-sectors as they all have enormous potential, which is all the more reason to spur our collective efforts to build on current accomplishments and to elevate Nigeria to become Africa’s premier financial service centre.
“To this end, this report demonstrates the commitment of EnterpriseNGR to provide a solid evidence-base to support this mission.”