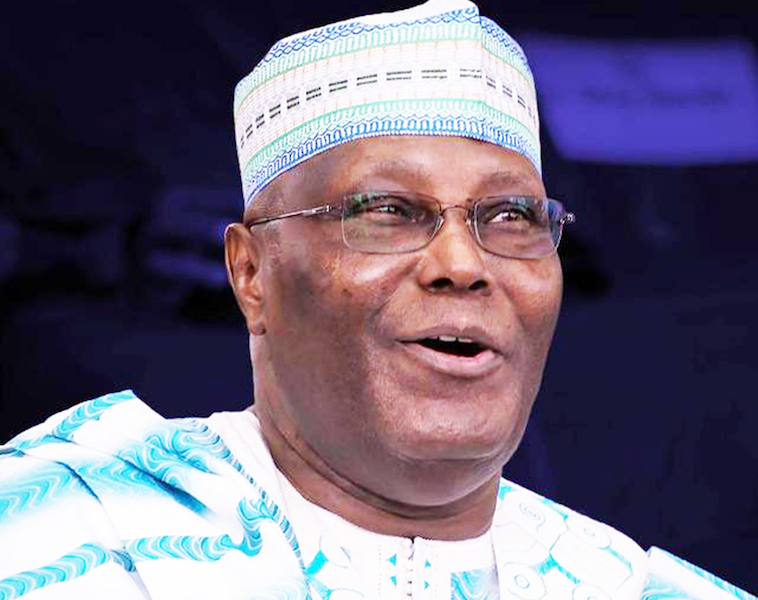 Presidential candidate of the Peoples Democratic Party (PDP), Atiku Abubakar, yesterday, sympathised with victims of the destructive flooding, which recently swept across many states of the country.

But one of the affected states, Bayelsa, has already constituted a task force to mitigate the effects of flooding in the state.
Also, following days of heavy flooding in Kogi State, which has led to massive loss of lives and properties, Hon. Teejay Yusuf, has called for immediate intervention by relevant agencies of the federal and the Kogi State governments.

Atiku, in a press statement by his media office expressed sadness that the flooding that has ravaged such states like Jigawa, Kogi, Benue, Adamawa, Kebbi, Taraba, Kano, Bauchi, Anambra, Niger and Ebonyi, among others has left in its trails, casualties in human lives and property, adding to the hardship that continued to grip Nigerians.

The PDP presidential candidate noted that, “Yet again, we have a situation in our hands that calls for national emergency both in the management of climate change challenges and providing palliatives to victims of the flooding disasters in order to soften the effect in the lives of individuals and families.”
He, however, warned that with the alert from the meteorological agency that 24 states would still witness huge rainfall that might worsen the situation, it was imperative that those who lived in the most vulnerable areas be temporarily evacuated to avert further loss of lives.

Atiku, therefore, called on government at all levels, as well as non-governmental institutions to rise to the occasion by ensuring that necessary reliefs got to those affected by the flooding disaster.
In Bayelsa, the committee was set up during the weekly state executive council meeting on Wednesday and presided over by the deputy governor, Senator Lawrence Ewhrudjakpo.

Briefing journalists after the meeting, Commissioner for Environment, Mr. Iselema Gbaranbiri, said the committee had himself and his counterparts from the ministries of Works and Infrastructure, Health, Lands, Housing and Urban Development as well as the commissioners representing the three senatorial districts and the State Emergency Management Agency (SEMA).

His Works and Infrastructure counterpart, Mr. Moses Teibowei, said the government was aware of the flood situation in the state and set up the committee to alleviate the suffering of the people.
He added that beyond providing short term relief for victims, the committee had the responsibility of  proffering  medium and long term solutions to the issue of flooding in the state.

Teibowei said as part of efforts to reduce the impact of flooding, the government has built flood barriers in some communities, saying its officials would assess the effectiveness of such barriers before taking a decision to either replicate or improve on them in other parts of the state.

But Hon Yusuf,  who expressed shock at the disasters that had become a yearly occurrence, in a statement, commiserated with persons, who died and their families, as well as many others, who lost numerous properties and valuables in the flooding that has swept through not only Lokoja, the state capital, but spreading to other towns and communities in Kogi.

“The propensity and effect of this year’s flooding that has persist for days without end, has not only ravaged communities and rendered many people homeless, it has also crippled economic activities and made vehicular and human movements to states in the South East, South West and South South Zones largely cumbersome and mostly non-motorable,” he said.

In advocating the immediate intervention of the federal government through relevant agencies, he said it was expected that the Federal Ministry of Humanitarian Affairs, Disaster Management and Social Development, as well as National Emergency Management Agency and other relevant agencies would move swiftly to provide immediate palliative to victims of the flooding.”