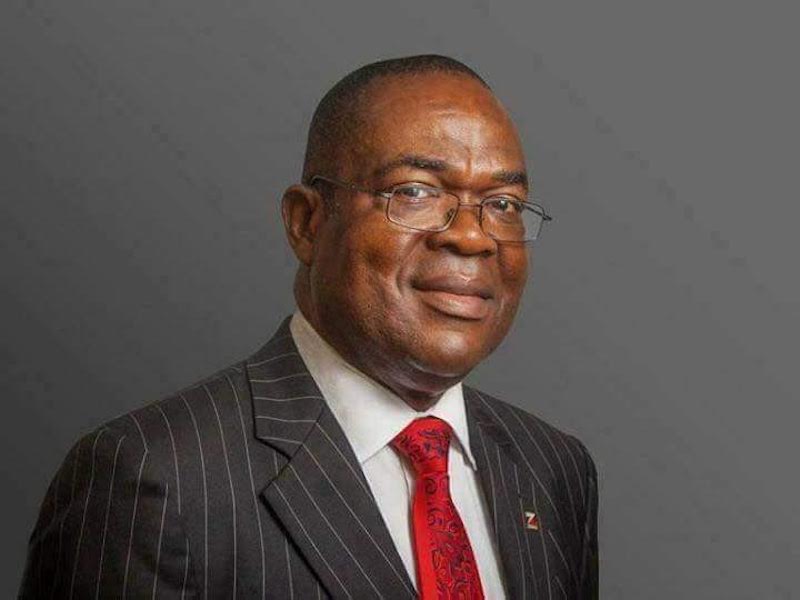 In 2021, when Olam Agri and its subsidiary, Crown Flour Mill Limited (CFM), launched a N300 million 10-year initiative— ‘Seeds for the Future’—to empower farmers at community levels to increase wheat production in Nigeria—little did they know that they were ‘seeing tomorrow.’

Barely few months after the multi-stakeholder project was launched, the diplomatic face-off between Russia and Ukraine snowballed into a full-blown war that soon began to disrupt global supply chains, especially for wheat that are majorly exported from the two warring countries. This reality, since the first quarter of 2022, the war has not only affected the wheat value-chain globally but has fully justified Olam Agri’s investment and collaboration with stakeholders to commence sustainable improvement of wheat production locally in Nigeria.

The ‘Seeds for the Future’ initiative which was launched in October 2021 with Olam Agri (and CFM) as sole financier is focused on empowering wheat farmers (mainly, women) in the wheat farming belts of Northern Nigeria, by facilitating the adoption of innovation and improved agronomic practices and in so doing increasing economic opportunities for the rural women. Apart from Olam Agri and the small-holder women farmers, other core stakeholders in the project which underlines Olam Agri’s commitment to supporting the country’s efforts at achieving self-sufficiency in food production are Lake Chad Research Institute (LCRI), Ethiopia-based International Centre for Agricultural Research in the Dry Areas (ICARDA), Wheat Farmers Association of Nigeria and various state governments of the wheat belts, among others.

The one-year anniversary of this worthy initiative was held on Thursday, September 8, 2022, marked with a well-attended ‘First Year Report Presentation’ via Zoom under the auspices of the Olam Agri Green Land Webinar Series – Season 3.

The stakeholders’ community engagement once again convened key players from across the value chain including Wheat Farmers Association of Nigeria, various state governments of the wheat farming belt, among others.

Speaking on the occasion, the Country Head of Olam Agri Nigeria – Mr. Ashish Pande reaffirmed the company’s commitment to supporting efforts aimed at Nigeria’s pursuit of self-sufficiency in wheat production. He pointed out that recent developments in the global wheat value-chain (leading to scarcity of many wheat-based products) have amply validated the ‘Seeds for the Future’ project. Looking back at the first one full year of the ten-year initiative, Mr. Pande said it was a worthwhile project that still holds a lot of promise. The Country Head recalled his remarks during the launch of the project a year ago when he said, “to ensure the long-term viability of the wheat sector in Nigeria, it is critical to identify and support the development of high-yielding local wheat varieties. This project will further stimulate the federal government’s drive towards the attainment of economic growth, the country’s agricultural research capabilities, employment generation, community development and the economic empowerment of women in Nigeria.” Pande observed that the necessary foundational steps towards attaining the project’s objectives are being taken.

In his ‘First Year Report’ presentation, Dr. Kachalla Kyari Mala, Director of Research at the Lake Chad Research Institute (LCRI), said the “community-based seed enterprise” had taken off on a good note and recorded some milestones. Dr. Mala gave details of some of the activities that were planned and completed under the project as of June 2022; namely, the signing of the research agreements; definition of practices to be tested; on-station field assessment; importing of germplasm; defining of product profile; analyzing of results, among others. The project’s 19-page report shows that, in all, thousands of the target women farmers have already been directly and/or indirectly reached via the programs and activities of the project. He said: “in conclusion, the first year of the project achieved all set milestones timely and effectively, opening the door for a second year that should gather even more inputs from local communities and identify the next round of innovations, while at the same time promoting for adoption of those already identified.”

Senior Scientist, Durum Wheat Breeder of the International Centre for Agricultural Research in the Dry Areas (ICARDA), Dr. Filippo M Bassi, in his own presentation, also acknowledged the successful take-off of the ‘Seeds for the Future’ initiative. He however pointed out a few measures and steps to be taken to sustain the performance of the project. According to him, attention should be focused on mechanization, improved irrigation, and planting of high-yielding seed varieties, among others. He equally called for the buy-in of more stakeholders, especially from the public sector, to further improve the operating environment for the farmers.

Representatives of other key stakeholders at the Virtual event equally spoke glowingly about the ‘Seeds for the Future’ initiative, and strongly advocated the involvement of more private and public sector interests. These included the Executive Governor of Kano State, Abdullahi Umar Ganduje (represented by Hafiz Muhammad); Dr. Zakari Turaki of LCRI; Chairman of Wheat Farmers Association of Nigeria, Salim Muhammad; Chairman, House Committee on Agricultural Colleges and Institutions, House of Representatives of Nigeria, Munir Babba Dan Agundi, among others. They all stressed on the need for the adoption of mechanization by the farmers and continued improvement of relevant agronomic practices.

These tie-in with Olam Agri’s Country Head position, when he said: “With the size of Nigeria’s population, wheat is critical to achieving food security as many of the popular food staples are made from Wheat. Therefore, we have consistently pursued the implementation of aggressive wheat development programs through valuable knowledge acquisition that has the potential to bring Nigeria closer to achieving self-sufficiency in wheat production.” Certainly, wheat-based foods have become staples in most households in Nigeria due to their high nutritional value and ease of accessibility. No wonder, wheat importation into Nigeria has continued to skyrocket; rising from N730.9 billion in 2020 to N1.30 trillion in 2021, according to data from the National Bureau of Statistics (NBS). This translates to a jump of over 77.20 per cent from 2020 to 2021 in importation costs.

From all these, Olam Agri’s investment in scaling the local production of wheat is not only most timely but also a worthy cause. And sooner than expected the ‘Seeds for the Future’ initiative will lead to self-sufficiency in local wheat production as well as fast-track food security in Nigeria. Kudos to Olam Agri and it’s technical partners!