Waiting for the Return of Textile Industry 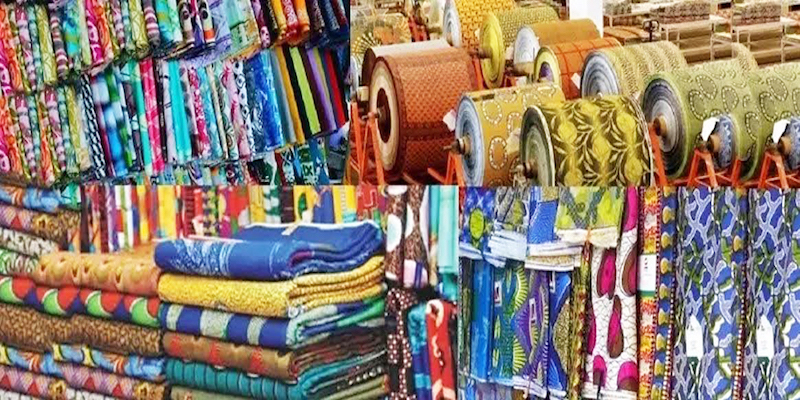 Kunle Aderinokun captures the expectations of Nigerians who are calling for the return of the Nigerian textile industry, as well as the implementation of programmes to encourage artisanship in Nigeria

The textile industry, which used to be the glory of the Nigerian economy has been in the doldrums for a long time. Apart from the absence of incentives to textile manufacturers in terms of duty waivers for raw materials and machine importation, the perennial poor power supply subsists. Besides, even if and when the duty waivers are granted, assessing forex to finance such is like the camel passing through the eye of the needle.

Little wonder that most of the known names in textile manufacturing have relocated their operations to neighbouring countries, in times past.

The problem with the textile sector didn’t start today, their woes are only compounded by the lack of focus and direction of the present administration. The crisis predates the fourth republic- it started in the 1980s because for about 20 years after Nigeria’s independence, the sector was at its peak. Producing at a capacity of more than 1.4 billion pieces of products, the textile industry, which had the likes of Arewa Textile Plc, United Nigeria Textile Limited, African Textile Manufacturers Limited, Sunflag Group Nigeria Limited, Nigerian Embroidery Lace Manufacturing Company Limited. Fantext Nigeria Limited, then was generating over $2 billion, annually. Many years down the line, the textile industry’s fortunes have, however, dwindled due to bad policies of successive governments and a lack of patriotism on the part of the leaders and the led.

As Nigeria marks her 62nd anniversary and counts losses in economic values, it is an opportune time for the government to reflect and trace its steps back to right the wrongs to put the industry on the path of recovery, growth, and sustainability.

There is no doubt that the strength of a nation’s economy is its small businesses. Any nation serious about economic development and prosperity never jokes with them. That’s what is obtainable in the western world and other nations worth their salt. Behind these small businesses are the creative minds and skilled workers called artisans: they are the souls of small businesses. Largely occupying the informal sector of the Nigerian economy, but inadequately captured, they contribute significantly to the GDP. They are, however, among the least catered for or rewarded because programmes by successive governments to uplift them to global standards over the years have been sub-optimally implemented.

Unfortunately, most Nigerian youths are no longer showing an appetite for skilled work. In an age when get-rich-quickly is the order of the day, many school leavers either take to commercial motorcycles or resort to internet fraud or kidnapping. All they look for is a means of livelihood.  The immediate fallout is the reliance on artisans from neighbouring countries of Togo, Benin Republic and Ghana.

Gradually, it is becoming fashionable for construction firms to import plumbers, and tilers, from these neighbouring countries. Analysts said the government should share the blame for the failure to provide adequate support to various technical colleges in the country.

According to them, one major discouragement to artisanship is the lack of access to a regular power supply in Nigeria. In a country where big businesses spend huge some on independent power generation, it will be extremely difficult for artisans to break even.

With heavy reliance on automation, the activities of those who run menial jobs like vulcanisers, tailors, Saloonists, plumbers, carpenters, and welders, among others are dependent on access to a power supply. In a dispensation where the cost of diesel has ballooned and poor public power supply, it is doubtful if this category of professionals can survive.

From 1960 to date, small businesses, which are the largest employers of labour have been operating without the help of governments even though nearly all the administrations in the nation have one or more initiatives or agencies established with a clear mandate to support small and medium enterprises. Such include Better Life for Rural Women,  Mass Mobilisation for Economic Recovery, Social Justice and Self Reliance (MAMSER), National Poverty Eradication Programme (NAPEP), Bank of Industry (BOI), Development Bank of Nigeria (DBN), National Association of Small And Medium Enterprises (NASME), Small and Medium Enterprises Development Agency of Nigeria (SMEDAN), Small and Medium Industries Equity Investment Scheme (SMIEIS),  The Nigerian Incentive-based Risk Sharing System for Agricultural Lending (NIRSAL), TraderMoni and MarketMoni. Many are only good on paper as they are more or less politically-motivated.

While these initiatives may have touched the lives of some artisans and small entrepreneurs, most of them have not been designed to permeate the fabric of the problems and provide sustainable solutions to them.