THE MEDIA: THE LAST ESTATE STANDING 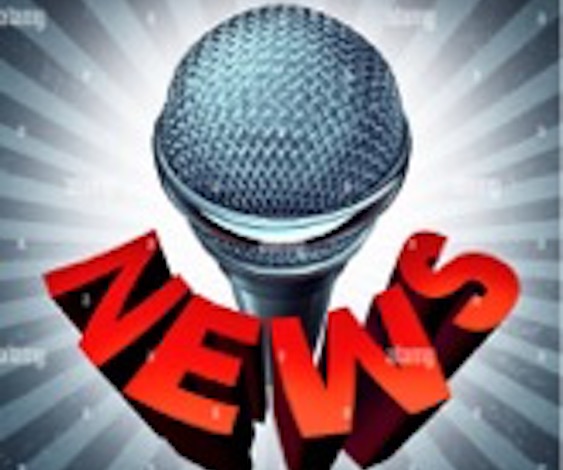 The Nigeria media has lived up to its reputation, writes TOLA ADENIYI

Say what you like, but for the Nigeria Media, those who were hell-bent on destroying the country would have succeeded a long time ago. It was the design of the destroyers’, right from the inception of the so-called Amalgamation, not to allow the peaceful and all-trusting indigenous inhabitants of the space now called Nigeria to have a future.

We are again in the season of the thoughtless rituals when we celebrate the flag-and-paper Independence given to us by brutish British colonial masters who had planted inescapable land-mines with rigged Population Census figures, rigged parliamentary elections and irredeemably screwed regional boundaries before the take-off.

Thank goodness, we are still breathing; which is about the only commodity left, due largely to the heroic activities of the press before, during, and ever since the so-called deceptive independence. Every civilized community normally thrives on four inter-dependent pillars of governance: the Executive, the Legislature, the Judiciary and the Watchdog which ensures checks-and-balances so that none of the first three would lose its head and run amok.

The term ‘Fourth Estate of the Realm’, a descriptive term for the Press, is almost unanimously agreed to have been coined by Edmund Burke, a 19th Century British statesman and orator, who championed many human rights causes and brought attention to them through his eloquent speeches.

The role of the mass media as the “fourth estate” of the realm implies that the media is also a lawmaker in itself. In addition to its core functions as informer, educator, entertainer, advertiser, critic and influencer, the media is supposed to be an agenda setter through its editorialising of opinions. A paper’s editorial is sometimes called ‘Leader’ because of its powerful role of setting alternative agenda for the State.

During the medieval era, the fourth estate was also referred to as the press because the press was the only prevalent form of media prior to the coming of television and radio.

‘Though media and press have a persuasive authority yet its’ real ability is not a secret to the world. The existence of a free, independent and powerful media is the cornerstone of a democracy, especially of a highly mixed society like India. The pivotal role of the media is its ability to mobilize the thinking process of millions,’ says Prabhat Ranjan.

The Nigeria Media as the fourth estate has lived up to its reputation and, as mentioned inter-alia, it has been performing its role creditably long before Independence and throughout the unforgettable interregnum of the jackboot.

Nigerians will never forget the role of the Media in confronting and stopping the obnoxious Anglo-Nigerian Defence Pact stoutly opposed by the valiant Nigerian students of the 1960s; the quartet of Rasaki Solaja, Julius Adelusi-Adeluyi, Hayford Alile, Dapo Falase and Co. Nigerians will never forget ‘If you Tarka Me I’ll Daboh you’, and ‘Laup Ongonu Minister of Steel shall steel no more’ captions and articles that forced ministers out of the Cabinet. Or the provocative columns “Let Me Fall”, “May We Never See It Again” [Daily Times, 1974] which saw Gowon tumbling down less than six months after!

When the Press was chased off the streets by Military Juntas especially in the infamous years of 1993-98, the media led by the Osifo-Whiskeys and Onanugas moved its operational bases to the jungle and perfected Guerrilla journalism while Radio Kudirat sited its operational base on the Moon!

With all the courageous activities of the legendary NADECO forces, it was the media which announced and popularised their yeoman activities to the world and made Nigeria ungovernable for the Goggle.

I cannot and should not attempt to list the media heroes of that era, or indeed the media heroes of all time in Nigeria, simply because they were/are numerous and secondly, one is bound to inadvertently leave some big players unmentioned. Suffice it to say that they know themselves, Nigeria remembers them and of course the God they serve recognises them. And posterity applauds them.

Let me say with all modesty that my pedigree qualifies me to appreciate which media is good and which one is not up to its billings. Having worked at the very top level of media establishments as Executive Chairman, as a Proprietor, as Editor-in-Chief, as Features Editor, Columnist, Investigations/Reviews Editor and Chief Correspondent not only in Nigeria but also in Britain, the US and Canada, I feel confident that the Nigeria Media stands tall in the comity of Media Industry throughout the world. The informed Editorials and columns dished out by Nigerian Journalists over the years can hardly be beaten by any journalist anywhere in the world especially in their thoughtfulness and the robustness of their argument and scholarship.

Now, back to Nigeria, a country in the throes of death. For about 23 years since it was fed with pretensions of democracy, Nigeria has been kept under lock and key by ‘misrulers’ who like to deceive themselves that they were/are practicing democracy where the mandatory doctrine of separation of powers exists. Pshaw!

There was no pretence in the first eight-years of the experiment of democratic rule. It was merely the darning of agbada over starched Khaki and jackboots. It was almost a full-blown military dictatorship where towns and communities were sacked by the command of the President without resort to the Legislature or the Judiciary. It was the Nigeria media that exposed the Ghana-Must-Go bags stuffed with Dollars for the purchase of a notorious 3rd Term. It was the Nigeria Media that put paid to one man’s ambition to keep Nigeria under his armpit ‘for life!’

The Legislature and the Judiciary went to sleep when another President was gasping for life in faraway Saudi Arabia or God knows where. The media was the only Estate standing. But for the media, the Dead like the Shrouded Spirit of the Yoruba Egungun pantheon would have been left to rule Nigeria ad infinitum.

It was the Nigeria Media that rescued Nigeria from the jaws of the Naira-chewing predators under the cover of huge umbrella which ravaged the country for four and half good years under the blindfolded watch of the Legislature and the Judiciary. Regrettably though, and here was a huge minus, the Nigeria media colluded with conmen and conwomen to impose ‘a See Nothing, Hear Nothing and Say Nothing Absolute Ruler with draconian decrees on the country, as an alternative.

Nigerians must thank God that the Media, immediately thereafter, woke up from their slumber and recovered their senses and have since resumed their watch-dog role in the face of the absentee Executive, absentee legislature [recently chased out of Abuja by imported terrorists] and absentee Judiciary [until recently headed by Sharia-bag carrying messenger of the gods]. I didn’t say Vulture.

In the last seven years there have been a relentless war on the Nigerian economy, on Nigerian security, on Nigerian education and on Nigerian ancestral lands and waters by a single individual who had commandeered the three estates of the realm and collapsed them under his boots.

Never in the chequered history of Nigeria has there been one man who bestrides the landscape of the country with absolute disregard, scorn and arrogant condescension as we are currently witnessing. Never in the history of Nigeria has there been a ruler who is hardly seen by even his own appointed ministers! A country where the ruler does not know and cannot recognize faces of some of his own Cabinet members.

It is the Nigeria Media, the last Estate Standing, which has made it possible for Nigerians and the entire world to be aware of the systemic pogrom and ethnic cleansing which has virtually swallowed up the entire country. It is gratifying that regardless of the shenanigans of the Enablers of Terrorism, the whole world through various Embassies, High Commissions, International Agencies and sundry representatives as well as foreign media correspondents domiciled in Nigeria have enough dossier that would be used in the fullness of time.

It is the Nigeria Media which made Nigerians to know that there are rats, rodents and snakes which feed on billions of Naira and Dollars in Buhari’s Nigeria. There is no criminality committed by governments which has not been exposed by the media. Nigerians everywhere in the country are aware of everything going on and they may appear seemingly helpless, but they are very conscious and prayerful for the imminent implosion.

If not for the courage, steadfastness, investigative skills and relentlessness of the Nigeria media, those who set out to ruin the country and hand over the ancestral lands to their kith and kin would have succeeded in their insidious agenda of mass annihilation.

This writer has written copiously about Nigeria’s Parliament of Eunuchs, chicken-hearted governors, and politicians who really are avowed enemies of the people, it may therefore no longer be necessary to belabour issues we have been lamenting since 1971 with ‘The Overthrow of the Middleclass’ published in Sam Amuka’s ‘Sunday Times’ or the ‘The National Question’ in an address to the Press at Iyaganku, Ibadan in 1982.

It is however hoped that Nigerian readers, listeners and viewers would soon realise the huge difference between trained, educated and professional media practitioners and the hacks that have now populated and polluted the otherwise hallowed media space…

Nigeria Media; I salute you! You deserve medals as the ONLY Estate standing.

Adeniyi is a Columnist, Publisher, and Consultant on Strategic Public Policy