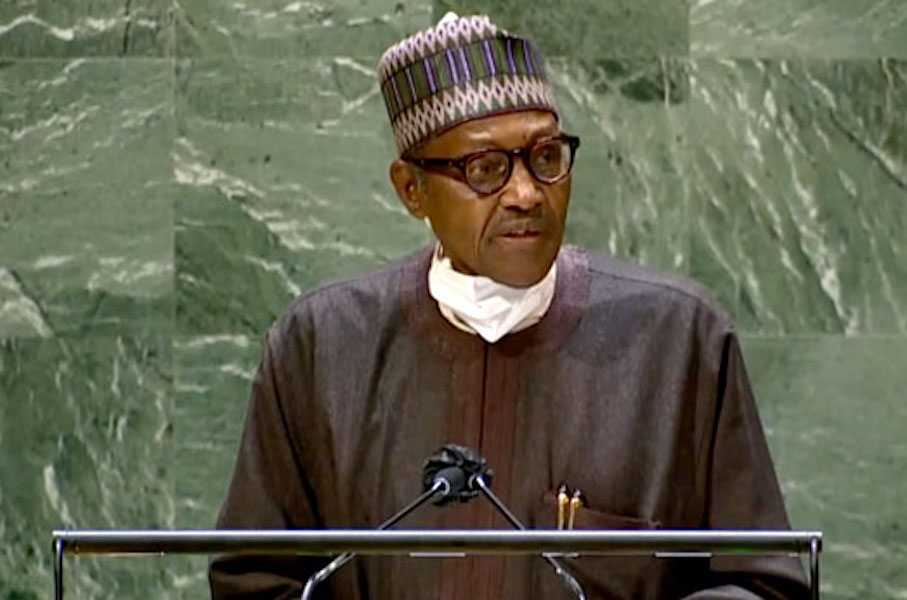 In what appeared to be a valedictory speech, President Muhammadu Buhari on Thursday addressed the United Nations General Assembly (UNGA) in New York for the last time and called for debt cancellation for developing countries, noting that it poses “severe challenges” to the affected nations.

It’s in public domain that Nigeria’s total public debt rose 3% to USD 103.3 billion in the second quarter of this year, largely driven by local borrowing to finance the budget deficit, according to the Debt Management Office (DMO).

The federal government’s total debt (s) portfolio and contingent liabilities have hit N60.9 trillion even as the figure could balloon to near N65 trillion before the end of the year, as the Buhari-led administration scrambles for any available funds to survive the current financial squeeze before its expiration in May, next year.

The figure does not include undocumented contingent liabilities to university lecturers, public school teachers and other public employees to whom the government is indebted. It also excludes other pending financial liabilities to non-lending bilateral and multilateral institutions.

FGN’s debt obligation stood at N35.7 trillion as of June 2022. These figures do not include the Central Bank’s lingering overdrafts estimated at N20.6 trillion at the last count. Besides, the government’s “contingent liabilities” to different institutions and projects stood at N4.6 trillion at the close of last year. The figure is projected to reach N4.98 trillion at the end of the year and jump by as much as 50 per cent to N7.52 trillion next year when the current administration will leave office.

President Buhari is expected to exit the office of President and C-in-C of Nigeria on May 29 next year when he must have completed his second tenure in office as required by law.

The treatise delivered earlier at the comity of nations by the President didn’t hit the bullseye as regards canvassing for debt relief that’s based on parameters of debt servicing. Nigeria has been through this cycle before during the tenure of former president Olusegun Obasanjo who engineered the process to offset Nigeria’s external debt portfolio via deft debt negotiation manoevures employed by the then minister of finance, Ngozi Okonjo-Iweala and a consortium of external advisers.

Nigeria’s debt relief deal earlier in 2005 was historic. Although the short-term financial windfall was modest, the real potential impact was for the future. The long-term challenge for Nigeria was to consolidate the gains from the debt deal by pushing forward with economic reform(s) and ensuring that the benefits from debt relief were shared with the population. This was by no means assured, but the debt deal was an important step in the right direction then.

It’s from those enviable heights that Nigeria’s deficit has grown this fiscal year due to the high cost of fuel subsidies at a time when oil revenue has fallen due to wanton and industrial scale crude oil theft coupled with the vandalism of pipelines.

Nigeria is unable to meet its OPEC quota of two million barrels per day thanks to these factors that have taken a colossal economic dent on the treasury of Africa’s most populous nation. In plain terms how does any third party rationalize this huge drawback?

Delivering the country’s statement at the 77th General Assembly, the president recalled that he would have first addressed them in 1984 as military head of state but had his first opportunity in 2015 when he became the democratically elected president of Nigeria. He said, “Indeed, the multifaceted challenges facing most developing countries have placed a debilitating chokehold on their fiscal space.

“This equally calls for the need to address the burden of unsustainable external debt by a global commitment to the expansion and extension of the Debt Service Suspension Initiative to countries facing fiscal and liquidity challenges as well as outright cancellation for countries facing the most severe challenges.”

Despite groundswell of criticism back in Nigeria over his numerous loan requests in the past few years, President Buhari is on a path of advocating for debt cancellation that looks like a mirage of sorts in the ecosystem of international finance.

The International Monetary Fund (IMF) is the central institution of the international monetary system. It has two main roles. It exercises a surveillance function by monitoring the economic policies of all the member countries and providing policy advice. It also provides financial assistance to members faced with balance of payments problems.

These loans are disbursed on the condition that debtor countries adhere to the IMF’s economic advice. It has become a recurring decimal as Bretton Wood’s institutions have advised the helmsmen in Nigeria to remove fuel subsidies that constitute a drain pipe on the resources of nation state that has found itself with the undesirable status of being the poverty capital of the world.

The deductions from the submissions of Nigeria’s number one citizen constitute a small hit and a huge miss, as the only consolation therein was the vow to entrench a process of free, fair, transparent and credible elections through which Nigerians elect leaders of their choice in the forthcoming democratic contest next year.