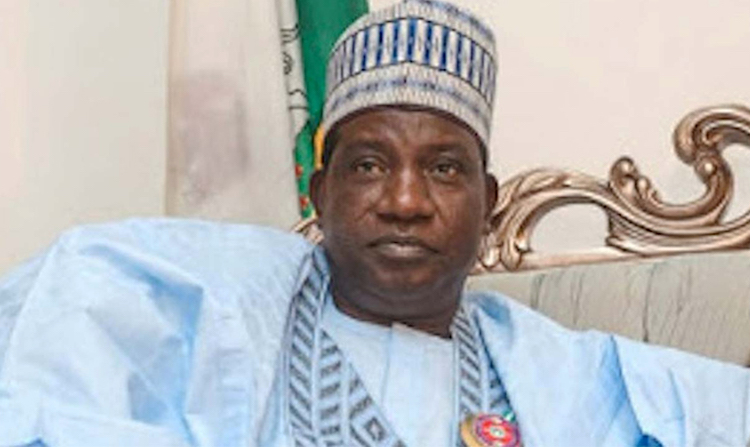 Plagued by a severe threat to their jurisdictions, northern governors and monarchs have finally climbed down from their high horses, seeking urgent creation of state police to change the narrative. Louis Achi examines the crucial U-turn by the northern leaders

On Monday, September 12, 2022, the 19 northern governors and all the region’s conservative monarchs crossed an unaccustomed line in the unfolding agitation for a new Nigeria.

They called for the amendment to the 1999 Constitution to give legal backing for the immediate establishment of state police. They resolved that the creation of state police was the only way to confront the continued insecurity in the region and country at large with kidnapping, massive killing and wanton destruction of property spiralling.

The northern leaders made their position known in the communiqué issued at the end of the meeting of the Northern Governors Forum (NGF) and the Northern Traditional Rulers Council (NTRC) held in Abuja.

Reading the communique, the Chairman of the Northern Governors’ Forum and Governor of Plateau State, Mr. Simon Bako Lalong, explained that the meeting reviewed the security situation in the North and other matters relating to its development and resolved to support the amendment of the Constitution to accommodate the establishment of state police. According to him, this would effectively and efficiently address the security challenges of the region.

It could be recalled that on June 25, 2012, the 36 state governors met in Abuja, under the aegis of the Nigeria Governors’ Forum (NGF), and called for the establishment of state police as a crucial strategy of tackling the spiralling security crises. For good measure, they also tabled a fresh demand for an increase in the controversial ‘security votes’ which they draw monthly from the federal purse.

The routine security fund, a package the governors draw in hundreds of millions of naira monthly, has been criticised in the past as fuelling corruption since its deployments are never made public and not accounted for.

Providing justification for their position, they held that it was as a result of the escalating violence by the terrorist sect, Boko Haram, which had overstretched routine allocations. The state chief executives also called for the creation of a special intervention fund to augment their monthly security votes.

But rather curiously a few weeks after this milestone position was taken, on July 28, 2012, the 19 northern governors backtracked and rejected the calls for state police, a position they had earlier proclaimed alongside their southern peers.

They made the U-turn in a communiqué issued by the 19 northern governors at a meeting presided over by the then chairman of the Northern States Governors’ Forum and governor of Niger State, Dr. Mu’azu Babangida Aliyu. The meeting was held at the Niger State Government House, in Abuja.

According to the communiqué, “The forum was not in support of the creation of state police. It, however, resolved to prevail on the federal government to embark on police reform that will assist the states in control and management of police affairs, and further emphasis on the sound philosophy for modern policing by amending the provision of section 215.”

The northern governors and elite are rightly or wrongly perceived to have an unflattering history of resistance to progressive changes that should fast-track socio-economic transformation of the country. For example, during the ENDSARS agitations, northern participation was marginal or zero. However, this was largely due to the fact that the region was largely free from police brutality and insulated from the impunity associated with corrupt police officers serving in the southern part of the country.

Many also believe the region’s  quirky position flow from political motivation to sustain the status quo, a scenario they believe restricting would undermine. But it must be acknowledged that some voice from the region have been chirping in support for restructuring. But these voices are seen to be too few.

Against the backdrop of extreme insecurity haunting the nation and stunting socio-economic development, many believe it’s really about time to constitutionally unchain the governors to change the narrative

These days, every state in Nigeria is under the siege of terrorism, banditry, kidnapping-for-ransom, and ritual killings. Openly, state institutions are under attack from non-state actors.

Worse, the level of insecurity across the country not only jeopardises citizens’ safety and means of livelihood, but also impedes the exercise of the rights of Nigerians. Relevant human development metrics mirror significant socio-economic and political regression on this account.

More curiously, many governors are even uncharitably perceived as being lazy crybabies in grappling with security situations bedeviling their jurisdictions.  Some believe governors find it easier to hop into a private jet and take a less-than-one-hour flight on taxpayers’ money to the well-protected Aso Rock to complain to the president than summon their theoretical security chiefs and evolve a strategic plan on how to deal with security issues within their territory.

But cut to the bone, the principal claim of the governors is that they are handicapped by the 1999 Constitution that ties security to the federal government. This is a fundamental issue that cannot be glossed over. Now that the northern governors and monarchs have aligned with their southern peers, fundamental changes are then indeed afoot.

NGF Chairman and Ekiti State Governor, Dr. Kayode Fayemi, fittingly captured this new, urgent thinking when he recently observed that, “As Chairman of the Nigeria Governors’ Forum, I am happy to report that the Forum supports any effort to create a more inclusive and collaborative platform to mobilise an immediate national response to our country’s security challenges.”

With the new momentum, the National Assembly is not expected to become cogs in the wheel of restructuring starting from the security arena.