Lawmaker Inaugurates Boreholes, Classrooms, Others for Constituent  39 mins ago 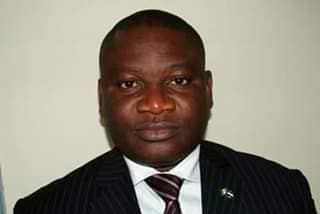 Barring any last-minute changes, the Independent National Electoral Commission (INEC) would blow its whistle to signal the commencement of the 2023 political campaigns across the country. This time around two front runners including the All Progressives Congress (APC), and Peoples Democratic Party (PDP) would be contending with a new and formidable entrant – the Labour Party (LP) and others.

With the conclusion of a highly bruising convention, Asiwaju Bola Tinubu picked the APC ticket; former Vice President Atiku Abubakar emerged as the flagbearer for the PDP forcing Peter Obi to decamp to Labour Party (LP).

Most contenders who lost out in their initial quests for tickets in their respective parties either decided to rest their ambition and support the flagbearer, or to move to other parties to find expression for their ambition. One of those persons is the former governor of Anambra state, Peter Obi. The multi-billion naira serial investor and businessman had initially hoped to pick the PDP ticket, when it became apparent Atiku was in pole position to clinch the ticket, Obi switched parties from PDP to pitch his camp with the LP.

As if on a cue, in just a few months after emerging as the party’s flagbearer backed by Yusuf Datti Baba-Ahmed, the Obi presidential ambition is on fire. Now christened Obi’Dient, the campaign has assumed an unprecedented life of its own seized by angry youths who are frustrated with the way the country’s commonwealth is being mismanaged and pillaged by the elites and want a change.

In the upcoming 2023 elections, three issues define the trajectory of the polls. The north which claims to be in majority insists on retaining power. It is not persuaded by the fact that President Muhammadu Buhari, a northern is about to complete his two-term tenure. Atiku of the PDP is the arrowhead to actualize that dream for the north.

In the South, Asiwaju Bola Tinubu would have been coasting home to victory but Peter Obi’s growing popularity has put a spanner in his victory lap. In particular, Tinubu is laying claim to the presidency as payback for supporting Buhari’s fourth attempt at the presidency in 2015. Buhari had failed to clinch it in three previous attempts. Today, Tinubu’s ‘lifelong ambition’ is emboldened by his landslide success at the party’s primary where he gave Senate President Ahmed Lawan, Buhari’s anointed candidate, and others resounding defeat.

Obi is coming into the race purely as an outsider. The fact that he was governor on the platform of the All Progressives Grand Alliance (APGA) and later decamped to the PDP has not changed that status. Yet, he has emerged as one entrant that is already shaking the political firmament to its rustic foundation with his Obi’dient movement. The movement is promoting and driving the wind of change currently sweeping across the country like wildfire.

The spectacular and equally perplexing development to note is that both Obi and the LP have no structures across the country but the youths who make up about 70 percent of our 200m population have taken over the campaign. They have transformed it into a movement the first of its kind in the country. Most profounding of this development is that this Obi’Dient movement has completely shattered and leveled the mythical 12m audio votes which could not secure Buhari the presidency even after three attempts because the movement is purely voluntary and focused on bringing change to the shenanigans pervading our polity.

What is driving Obi’s movement? Obi is from the South-east the same region that produced the late Dr. Nnamdi Azikiwe and apart from the late Dr. Alex Ekwueme who came close to ascending the presidency. At the moment, sympathy seems to weigh heavily in favor of a President of Southeast extraction. But the ultra-conservatives in the north are totally against a Nigerian President of Igbo extraction primarily because of the civil war. The unfounded fear of this group is that a President from Igboland would lead the country to secession.

Since the Obi’Dient phenomenon took the country by storm, a lot of pundits have tried without success to disparage and cast the movement in a bad light.  While some claim that Obi has no nationwide structures to clinch the Presidency, others dismiss the movement as hired crowd and composition of idle internet noisemakers.

All those holding these negative views have to rethink their permutations. This is 2023 we are talking about and quite a lot of water has passed under the bridge literarily. In the next few paragraphs, we would be analyzing Obi’s clear path to victory in an election

that he clearly has momentum and is in a vantage position to win.  Why is Obi’s wave on the rise? A couple of factors are responsible for this momentum. First was his decision to walk away from the PDP when it became clear that money in Dollars would undermine the credibility of the presidential primary election to determine a winner. That singular decision endeared him to the youths who ab initio had no trust in the electoral process. They found in Obi an upright man who at least believes in accountability, shuns corruption, and self-aggrandizement, and has the gumption to say enough is enough of this depravity in our polity.

Another point is the great expectations and confidence they had in voting for Buhari in 2015 and his turning out to be a huge disappointment in the end. So right now, these youths are on a vengeance mission and have decided that this time around, they would rather do it themselves. They are hellbent on organizing into a movement and changing the electoral fortune of this country for the better.

So how is this possible? We need to note that the Obi’Dient movement is a voluntary initiative provoked by the burning desire of youths who cut across the country to wrest back their country from political buccaneers. In the last few weeks, the LP deliberately launched a massive roadshow to perhaps test its popularity and the outcome was a resounding success. Since then, other presidential candidates have been trying spiritedly to march the record without success.

Obi’s pathway to success is clearly encrusted in the wave that is rising in his favor right now. To win this election in a landslide margin, he must be able to harvest or mine the data of his Obi’Dient followers: phone numbers, location, age, education, language spoken, etc. He must use this data to mobilize and build an army of loyalists, volunteers, and door-to-door canvassers who would hit the ground across the country to establish an iron-clad structure.

How would these foot soldiers influence things? They would become grassroots mobilizers where the battleground clearly is. They would knock on doors, create visibility, and saturate the nooks and crannies of the country with Obi’Dient message of Hope and optimism. They would constantly strive to convince people to vote Obi, ensure that they get the votes out on election day and police the votes against manipulation from beginning to end.

The importance of mining these data is for messaging purposes. It is important he gets the statistics of his target audience so that for instance, with the phone number you can know from analytics the kind of device the person is using and whether it is a feature phone or an android and the type of message to deploy. With these details, he would know the group that would receive messages through SMS, email and robocalls, etc.

So far it seems Obi’s message is music to their ears but soon it would no longer be when the campaigns go full steam. What’s in messaging? Plenty, it is through effective messaging that a candidate would connect with the grassroots. Obi has done well by captivating his audience with his message. But this sort of messaging would not help him connect with the people and win him the presidency.

So what does he do? Obi has to learn from the legendary Fela Anikulapo. Fela started his music by singing in English language to his audience. But few listened to him then. It was not until he reinvented himself by singing in his native Yoruba and pidgin English that gradually, his message began to resonate with people and eventually made him a superstar.

Obi must speak in the language they understand and tackle issues that are at the heart of people’s misery. First, he should be ready to deploy his messages in the different major languages across the country to communicate directly with his supporters wherever they reside. He should also establish a feedback mechanism between his campaign and the grassroots.

What do the people want? Obi must strive to differentiate and distance himself from the status quo and position himself as a reformer or a true change agent. Whatever his accomplishments before now, those are already fully documented. What the people want to know is how he would provide jobs for the unemployed, reduce the rising cost of living today by addressing inflation, and how he would turn Nigeria from a consumptive country to a productive country.

Remember that Obi’s major business over time is the importation of finished goods which he stocks for sale in his supermarket chain. So he is already seen as shipping jobs abroad and making Nigeria a consumptive country and other candidates are laying in wait to take him up on these issues and so far he hasn’t addressed them pointedly and convincingly. Next week, we would discuss messaging nuggets that would be his game-changer.