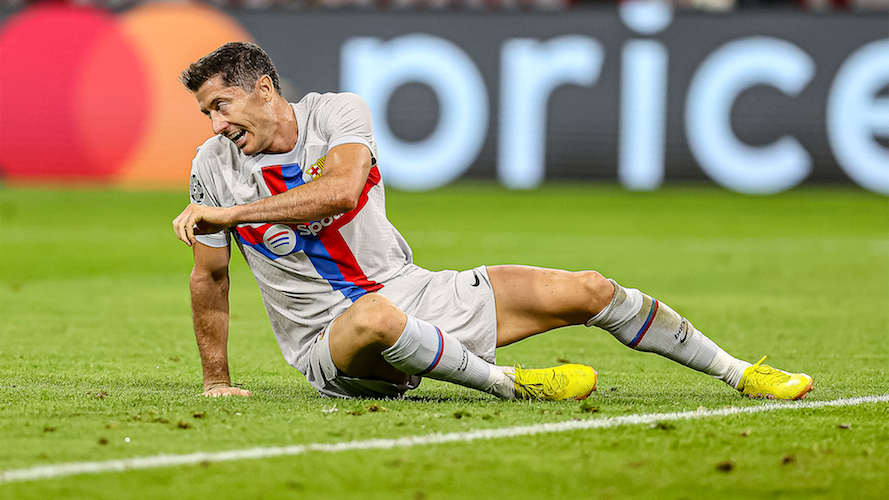 Missed chances by Robert Lewandowski on his return to Bayern Munich proved costly as his Barcelona side lost 2-0 in Germany.

Outplayed in the first half, Bayern blew their Spanish opponents away after the break with goals from Lucas Hernandez and Leroy Sane.

Hernandez headed in at the near post after 50 minutes, before Sane clipped home to seal the win shortly after.

Lewandowski spurned a number of clear openings in an entertaining match.

Manager Jurgen Klopp demanded a reaction to the “horror show” of the 4-1 defeat away to Napoli in their opening Group A game and this was certainly a vast improvement.

Liverpool created plenty of openings and were deservedly ahead after 17 minutes when Mohamed Salah swept home Diogo Jota’s pass.