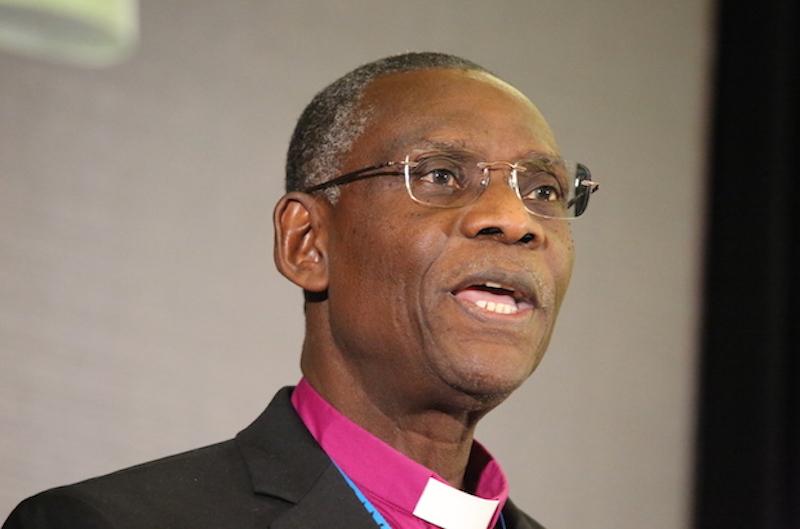 The Secretary General of the Anglican Communion (Worldwide), Most Rev. Josiah Idowu-Fearon, has asked Nigerians to do away with religious sentiments and elect competent, credible and God-fearing leaders who will address the challenges facing the country.

The former Archbishop of Kaduna Anglican Communion who spoke in an interview from the United Kingdom, via Zoom with select journalists, also called on Nigerians to support the government in the fight against terrorists.

He said what Nigeria needs is a competent and God-fearing leader, not a Muslim-Muslim or Christian-Christian President and Vice President.

“Nigerians, particularly, those of us from the North, let’s move away from religious sentiments.

“That thing is killing us and people from the South are using it to divide us more, whereas they don’t do the same in Yoruba land.

“The Yoruba people are very close whether you are Muslim or Christian. We need to do the same,” he said.

Idowu-Fearon who declined to comment on the raging controversy over the Muslim-Muslim presidential ticket of the All Progressives Congress (APC), said he has been praying for Christians for the spirit to direct them.

He said, “I refrained from passing comments because we are a very sick nation. We are an informed people but we are very ignorant.

“So my reaction is that of pity. All I have been doing is to pray, for Christians in particular, to follow the way the spirit directs them.

“You know, I don’t speak prophetically, but I do my things prophetically. Whether we vote or we don’t vote, we know who is going to win this election.

“Therefore, my advice is this; the Christian leaders who are trying to convince Christians, what is their track record? We need to start thinking.”

Speaking further, he said, “Those who have suddenly come up to say they are Christians and are asking Christians not to vote for Muslim-Muslim ticket, what is their track record?

“Whether you are a Christian or a Muslim, leadership demands integrity, whatever you say, people should believe you.

“How many of our leaders are made to be accountable?

Look at what a senator from Nigeria is facing in this country (UK) today.

“The boy, even in Nigeria, he is nothing. In the UK, he is somebody.

“His life is as important as the life of the senator. That is what leadership is all about.

“Let’s move away from religion and tribal sentiments.

“If I had the opportunity of meeting Tinubu, Atiku and Obi, I will ask them serious questions. I don’t care whether you are a Muslim or a Christian.”

According to him, “The bottom line is that Nigeria does not need a Christian President or a Christian Vice President.

“Nigeria does not need a Muslim President or Vice President, Nigeria needs a President who has the fear of God, who will take the values of that religion to governance.”

While lamenting the security situation in the country, he appealed to Nigerians to support the government against criminal elements.

He said, “The security situation in the country is very worrying and I know that Mr. President himself is not at ease with the situation.

“I know that the way things are in Nigeria, we pushed every responsibility to the government of the day and the security agencies.

“But honestly, as a Nigerian citizen, I feel sad that a good number of us do not take security as our responsibility.

“I read the reports on the attack on St. Patrick Church Owo in Ondo State.

“The governor said, they traced the person that housed the criminals before they attacked the church.

“We need to join hands with the government even if you don’t like President Buhari. Let’s join hands and make our country safe.”