NNPC: How Illegal Connecting Line from Export Terminal into High Sea Was Discovered After Nine Years 44 mins ago 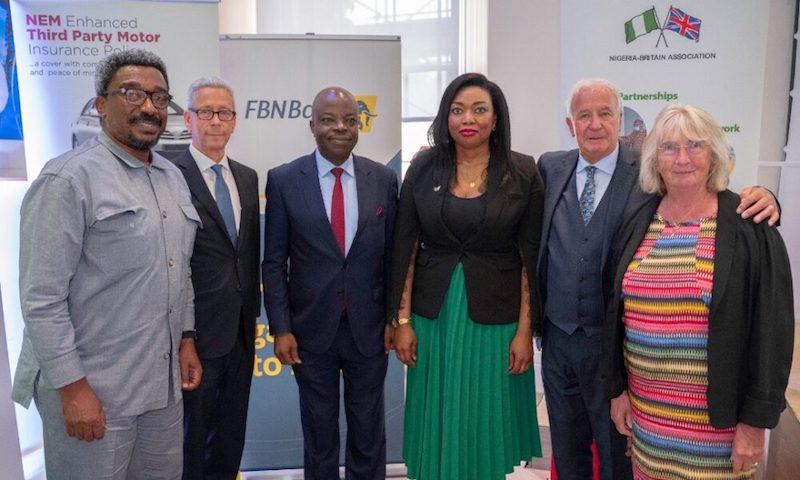 Setting the tone for the occasion with her address themed ‘Nigeria-Britain Association as a Prime Promoter of Friendship for Common Good,’ President of the N-BA, Abimbola Okoya, enunciated some of the initiatives and activities of the association, including the N-BA executive roundtable, which she referred to as some of the many success stories of the N-BA.

“The subject of the first executive roundtable event is very topical and timely, considering the extreme heat experienced in the UK recently and the fact that environment issues affect trade and investment between Nigeria and other nations. The goal of the roundtable is to get the eco-system: government, the private sector, NGOs and a few other organizations to work together so as to forge a solution. There will be discussions by Nigerians and Britons on some of the issues that impact climate and how we can collaborate and come up with initiatives that we can follow through. We want to ensure that we have major networking platforms that we can leverage on so as to make a real sustainable impact.

“We are also going to celebrate Nigeria Independence Day on October this year. This has become increasingly important because of the rate of migration to the United Kingdom from Nigeria. So, we need to celebrate with Nigerians and friends of Nigeria in the diaspora,” she said while commenting on the executive roundtable and other initiatives and events of the N-BA.

In his speech, the Nigerian High Commissioner to the United Kingdom, Ambassador Sarafa Tunji Isola, while commenting on the collaboration between the governments of Nigeria and the United Kingdom through the Economic Development Forum, gave assurance of Nigerian government’s commitment in the area of standards for market access and the High Commission’s support in assisting potential investors to link them up with their Nigerian counterparts.

The Minister of State for Industry, Trade and Investment, Ambassador Mariam Yalwaji Katagum, who joined the event virtually, spoke on the topic, ‘Environmental Issues that affect Investments, Trade and Industry.’ She said that environmental issues consist of air pollution through emissions resulting from the use of old equipment, lack of modernization, water pollution, desertification, industrial waste, solid waste due to poor management of sanitary infrastructure and climate change.

During a panel discussion, the COP26 Regional Ambassador for the Middle-East and Africa, Janet Rogan, observed that businesses globally are starting to realize that they are part of the climate solutions to the issues faced in every society and country. We all have to be part of fixing our fragile and stressed communities and societies and getting it better.

The N-BA executive roundtable, which is in line with the Association’s strategic direction – The BIG IDEA (Inclusivity, Diversity, Empowerment and Agility) – has come and gone. It is hoped that stakeholders will work together to action some of the takeouts from the roundtable.

The N-BA is a non-profit-making trust dedicated to developing relationships between individuals and organisations in Nigeria, Britain and the Commonwealth.