Buhari: Nigerians Owe Our Military Debt of Gratitude as Remaining 23 Train  Victims Are Freed 2 hours ago

Oshiomhole: I Can’t Speak on Tinubu’s Health Because I’m Not a Nurse or Doctor 6 hours ago 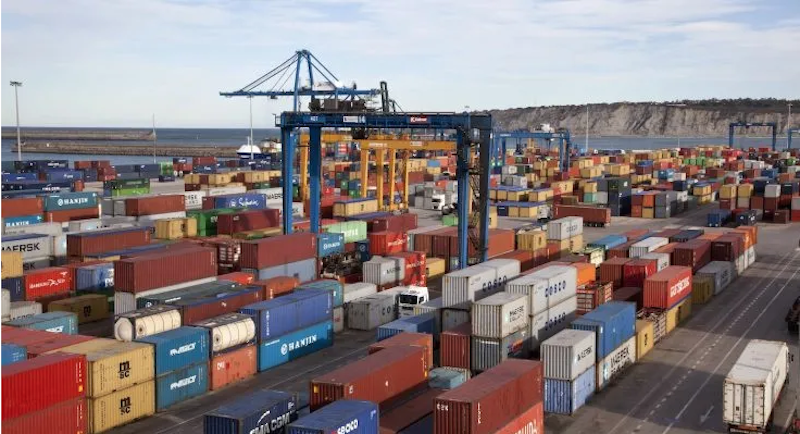 Stakeholders in the maritime industry have decried the activities of non-state actors along the Apapa port corridor in undermining the effort of the Enlarged Presidential Port Standing Task Team (PSTT).

Speaking at a meeting with key stakeholders in the industry, the Executive Secretary of the Nigerian Shippers’s Council (NSC), Emmanuel Jime pointed out the need for the country to maintain port efficiency in the face of the drive for more revenue generation.

Jime stressed that the gathering provides an avenue for all relevant stakeholders to share their opinions on making the port more efficient.

He encouraged PSTT and relevant stakeholder in the industry to support efforts that would improve efficiency in line with the ease of doing business demanded by the federal government.

According to him, “Nigeria cannot afford to compromise on efficiency within its ports even in the face of revenue generation. When there is efficiency then revenue will go up. To reiterate what I stated on those occasions, the idea behind “Operation Free the Ports’ Corridors” was essentially to rid the ports and Ports Corridors of inefficiencies and corrupt practices in order to enhance the ease-of-doing business.

“As announced during the flag-off ceremony of the second phase, the area of coverage stretched from Apapa – Tin-Can Coconut – Berger Yard – Mile 2-Orile-Ijora axis and back to Apapa which is a distance of about 15.6km.

“The first phase of the exercise which covered a distance of 2.6 km from the Lagos Port Complex Gate Apapa to Ijora was adjudged to be a success by many industry players and commuters that used the road daily. Following the encouragement of what was achieved and in commitment to the mandate, the task team launched the second phase on June 24th, 2022.”

He maintained that before the flag-off of the first and second phases of Operation Free the Ports’ Corridors, “these roads were littered with shanties and trucks parked indiscriminately thereby causing untold hardships to other commuters and creating opportunity for extortions and other forms of corrupt practices by both state and non-state actors.”

Speaking, the Coordinator, PSTT, Mr. Moses Fadipe, maintained that the activities of both state actors and non-state actors has become a challenge in the course of making the Apapa corridor efficient for ease of doing business.

“We are working with the federal ministry of Works to enforce the non-tolerance of non-state actors along the nation’s port. We have the challenge with state actors; these are our colleagues who for one reason or the other found themselves on the road. The non-state actors are the local government officials and the activities of the Lagos State Parks and Management Committee. We would like the Lagos State government to look into their activities within the port corridors. We also want the Nigeria Customs Service (NCS) to look into the activities of their officers who operate as Custom Police around the port, “he said.

Reacting, a Director in the Lagos State Ministry of Transportation, Olayinka Shakiru, commended the task force team for improving ease of doing business in the Apapa corridors.

Commending also, the President, Association of Marine Trucks Owner, Remi Ogungbemi, affirmed that despite the challenges faced by the task force, they have remained different from the previous task force set up to enforce free port.

Responding, the Deputy Comptroller, Federal Operation Units, Zone A, Ikeja, NSC,  Bola Joko, said the service is always ready to support the PSTT, “So, if any of our officers are found wanting they should always call us.”