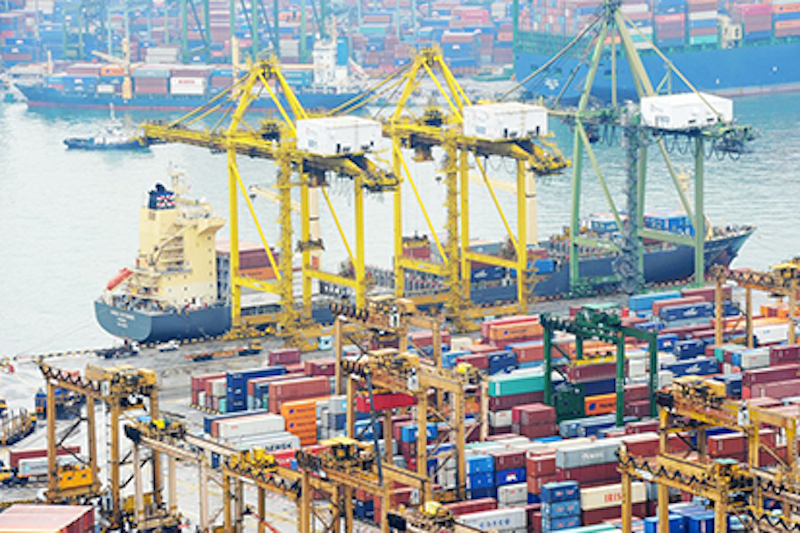 The Badagry Deep Seaport project, which is  a strategic step towards the development of Nigeria as a global maritime hub will create about 25,000 jobs.  The project is being handled by  Badagry Port Development Limited (BPDL),  wholly owned by Quinn McGrath Marine & Environmental Services Limited (QMMESL), an indigenous formidable maritime investment subsidiary of the Quinn McGrath Group. The Federal Executive Council recently approved the sum of $2.59 billion for the project.

The Minister of Transportation, Mu’azu Sambo, who  disclosed had said:  “This is to further the government’s goal of making Nigeria the maritime hub of the West and Central Africa sub-region.  The project is under a Private-Public Partnership.

According to the minister, Nigeria is strategically located at a significant point in the Atlantic Ocean, with about 853 kilometres coastline, which gives us a geographic advantage to become a maritime hub for not only the West and Central African region, but also the entire maritime trading
world.

“And with over 70 per cent of cargo bound for West and Central Africa destined for Nigeria, the country also has a huge commercial advantage. The Badagry Deep Seaport, planned to be Africa’s biggest and most advanced seaport when it becomes operational, would help to maximise this extraordinary maritime potential, more so given the strategic location of Badagry in the region,” he said.

The minister  explained that under a Build-Own-Operate-Transfer delivery system, the port will be operated by the private sector for 45 years after which it will be reverted to the government.

He said: “I presented a memo today at council with respect to the development of the Badagry Deep Seaport under the public-private partnership arrangement, where the private sector will inject money for the development of the port and at the end of the concessionary period, the port reverts to the Federal Government of Nigeria through the Nigerian Ports Authority.

“The project cost as contained and approved in council based on the final business case as approved by the Infrastructure Concession Regulatory Commission in line with extant laws stood at $2.59bn. It has to be developed in four phases with milestones and a concessional period of 45 years. Reversion is, like I said to the Federal Government of Nigeria.”

“This is to further the government’s goal of making Nigeria the maritime hub of the West and Central Africa sub-region. This project, it may interest you to know, will also generate total revenue of over $53.6bn over the concession period. It will create about one quarter million jobs and also attract foreign direct investments to the country and help in improving Nigeria’s economy in general and the wellbeing of Nigerians.”

Also speaking,  the Lagos State Governor, Babajide Sanwo-Olu said: “The Badagry Deep Sea Port Project is not just one project, it is a multi-level opportunity for progress for all the people of this State in view of the volume of trade and quantum of investment opportunities that would spring up in the area when the project commences, and when it is completed and operational. Very importantly, employment and capacity building for the teeming youth and women in the affected communities will be prioritised.”