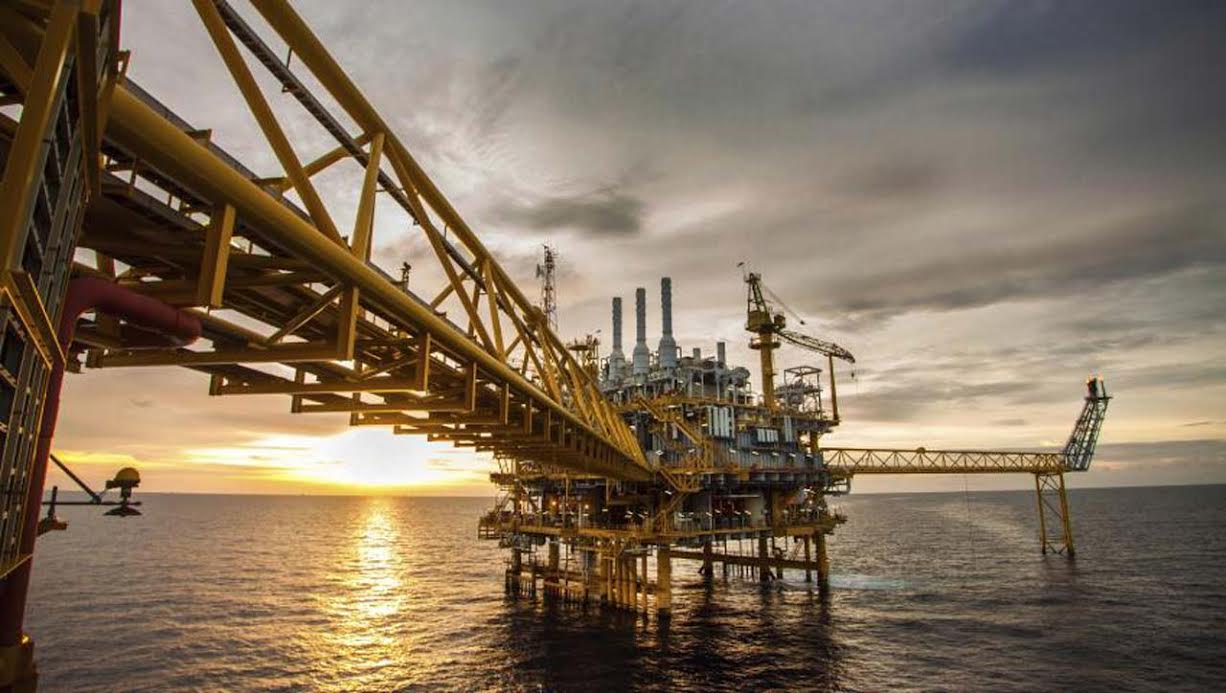 Nigerian companies are increasingly proving their competences and capabilities in delivering highly technical projects to support the operations of the oil and gas industry owing to the enactment and implementation of the Nigerian Content Act. This has resulted in the rise of the number of indigenous companies participating actively in the nation’s oilfield services, writes Peter Uzoho.

There is no better way to explain the gains of the Nigerian Local Content Act and its implementation than to look at the rate at which indigenous Nigerian companies are speedily winning project awards, timely execution of those projects and the level of quality job delivery.

Aside that, the volume of direct and indirect jobs created in the course of project delivery is also a major indicator of the many wins of the Act.

Decades ago, total retention of oil and gas projects in Nigeria accounted for a paltry 5 per cent, and this resulted to massive capital flight running into billions of dollars, deprivation of opportunities for local firms and sundry other costs.

But today, with the advent of the Nigerian Oil and Gas Industry Content Development (NOGICD) Act in 2010, followed by the robust implementation of the Act, the story is gradually changing for the better.

Total jobs retention in-country now stands at 42 per cent and the Local Content agency has set its sight on increasing the total in-country retention to 77 per cent by the year 2027, five years from today.

However, the latest pointer to the growth of the capacity and capabilities of indigenous oilfield services firms is the recent delivery of the high pressure fuel gas treatment skid fabrication contract for the Shell’s part of the Assa-North-Ohaji-South (ANOH) Gas Processing Plant in Ohaji/Egbema Local Government Area of Imo State, by Nivafer Engineering and Construction Limited.

Recently, Nivafer showcased such rising competences and capacities amongst the indigenous firms in the oil services sector when it successfully delivered the high pressure fuel gas treatment skid for the Shell’s part of the ANOH Gas project.

The contract was awarded to the company by the Shell Petroleum Development Company (SPDC) Limited, which is jointly building the two-sided gas development project with Seplat Energy -Nigeria’s only oil and gas company quoted on both the Nigerian and the London Stock Exchange.

Indeed, indigenous Nigerian companies are speedily demonstrating what is possible when given opportunity to participate in any field of human endeavour in the country including the oil and gas industry.

The timely delivery of the project, which the client confirmed was according to specification, has again demonstrated the capacity and the can-do-spirit of Nigerians, which has become known across the globe.

The facility was delivered to SPDC at the Nivafer Fabrication Yard in Akowonjo, a suburb of Lagos State, last June, in the presence of top industry players.

The high pressure gas treatment skid is a highly prioritised technology that generally pre-treats the natural gases and other ignitable gasses before infusing them into a basic cycle or a gas turbine generator.

The ANOH Gas project is reputed to be one of the largest greenfield gas condensate development projects being undertaken in Nigeria. It is also one of the seven critical gas development projects and part of the National Gas Expansion Plan (NGEP) initiated and driven by the federal government to boost in-country natural gas supply.

The Shell’s side of the ANOH Project is expected to deliver about 250 million standard cubic feet of gas per day (mmscf/pd) to the local market to boost power generation, industrialisation and to ultimately help in turning around the Nigerian economy.

Nigeria prides itself as the largest gas reserves holder in Africa with over 209 trillion cubic feet (tcf) proven and about 600 tcf yet to be proven. The country however, performs poorly in terms of production, with daily gas production hovering below or around 8 billion cubic feet (bcf). This has resulted in the acute gas shortages both for power plants, industries and for cooking.

These were parts of the deficits the ANOH Gas project was meant to help to solve, hence the excitement that trailed the speedy delivery of the gas treatment skid for SPDC, as the delivery of that equipment has been adjudged a major boost to the completion of the gas project.

Speaking at the unveiling of the skid to SDPC at the Nivafer fabrication yard in Lagos, the Executive Secretary of the Nigerian Content Development and Monitoring Board (NCDMB), Mr. Simbi Wabote, stated that the growth in the number of Nigerian companies winning and delivering quality projects has shown that the Local Content Act was working.

He stated that the milestone recorded by the successful completion and delivery of the facility by the Nigerian firm, has deeply rooted the belief in the can-do spirit of Nigerian companies for local content development.

Wabote added that the delivery of the equipment has also heightened the expectation of the ANOH project delivery.

While urging Shell to keep working towards the completion of the project, which he noted had been on the drawing board since 2002, the executive secretary expressed excitement at the successful fabrication of the skids by Nivafer.

Wabote said: “This is one of those happiest moments for me and I am excited because this fabrication was done by Nivafer, a Nigerian company with track record.

“The successful fabrication of this skid undertaken by Nivafer for Shell, a company that gives optimum priority for Health, Safety and Environment (HSE), has also confirmed Nivafer’s expertise and reaffirms the can-do spirit of local companies as well as our seriousness of delivery of local content development.

“The local content development was the saving grace for a lot of projects during COVID-19 pandemic when Europe was totally locked down. This is because some yards in Nigeria were able to work while all others in Europe were locked down.”

The Managing Director of Nivafer, Mr. Chris Ijeli, said the company had gained sufficient industry experience, which it had demonstrated in delivering many projects for oil companies.

He said that the growth of the company, which was established in 1977 was fuelled by the Nigerian Local Content Act.

Ijeli pointed out that aside the HP fuel gas skid being unveiled and loaded out for the ANOH gas project, they had fabricated modules and manifolds for the project and had also constructed pressure vessel for the Saipem JV, the contractors handling the Nigerian Liquefied Natural Gas (NLNG)’s Train 7 project in Bonny Island, Rivers State.

He said the company had taken advantage of the Nigerian Oil and Gas Industry Content Development (NOGICD) Act to nurture an organisation that is now known for world-class expertise in the fabrication work in the oil and gas industry.

“We have handled fabrication and construction of gas engineering asset for NIPCO. What we have here is a major milestone in the Nigeria’s local content development,” Ijeli said.

He commended Shell for partnering with the company and thanked the Wabote-led NCDMB for leading the local content success story while appreciating the Tokunbo Coker-led board of Nivafer Engineering and Construction Limited for support.

Ijeli added: “The successful execution of the contract for Engineering, Procurement, Construction and Installation of the Assa North Gas Project as awarded to NIVAFER by Shell Petroleum Development Company in April 2019, is yet another remarkable achievement.

”At the time of the award, Nivafer’s quality management system was certified to ISO 9001:2015 which was one of the requirements that provided the technical basis for the award by SPDC, with further requirements to close some identified gaps before the activation of any Work scope package and actual commencement of work on the project.

”It clearly means that the Nigerian Local Content Act is a success because Nigerian companies, technicians and engineers have acquired expertise, and built capacity that has increased indigenous participation in the Nigerian oil and gas sector.

“With the Local Content Act, we have made significant progress as a nation and assumed a position of dignity amongst international oil companies (IOCs), and other players in the sector, who are the beneficiaries of our first-rate services.”

The Project Manager, SPDC, Mr. Afolabi Ojo, said the delivery of the gas treatment skid to his company was a landmark achievement by all parties involved in the ANOH gas project.

”Today is indeed a day worth replicating. It’s a landmark achievement of all parties: Nivafer, Shell, NCDMB, TotalEnergies, NAOC, everybody, who is involved in the Assa North project. We particularly recognise and appreciate NCDMB for recognising the Shell brand and indeed, Shell’s contribution to local content development in Nigeria.

”We’ve come to celebrate today, the transfer of technological knowledge and expertise to Nivafer. Nivafer has built the fuel gas treatment skid and this is the testimony to SPDC’s commitment to advancing local content.

“Nivafer Steel Construction Limited is a Nigerian contractor in the Nigerian oil and gas industry. They constructed the gas treatment facility and receiver vessels for Assa North and they have done a great job,” he said.

He said the project was part of government’s aspirations to grow indigenous domestic gas market for additional power and industrial projects.

According to Ojo, the ANOH gas project is the most advanced of the federal government’s seven critical projects and that the project was expected to develop 3.4 trillion scuf of natural among other expectations.

”Upon completion of this project, it will deliver 250 million scuf per day of natural gas and also sell 20,000 barrels of condensate to nearby refinery. The project included drilling of six wells,” he added.