NNPC: How Illegal Connecting Line from Export Terminal into High Sea Was Discovered After Nine Years 51 mins ago 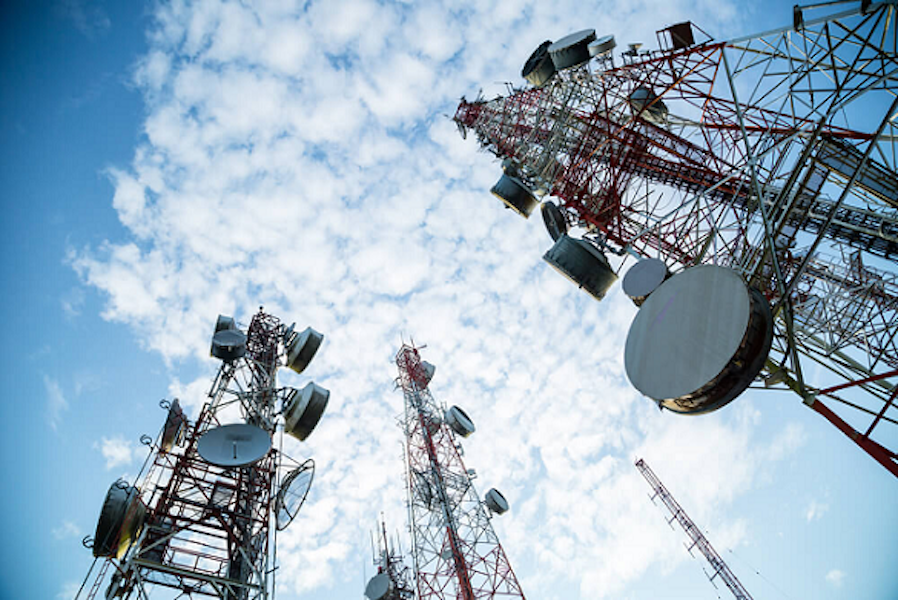 Emma Okonji writes on the controversy surrounding the planned implementation of the five per cent excise duty on telecoms services by the Ministry of Finance, its economic implications and the opposition from the Ministry of Communications and Digital Economy, which is vehemently kicking against it

The controversy between the two arms of the federal government, the Ministry of Finance and the Ministry of Communications and Digital Economy, over the implementation of a five per cent excise duty on telecom services, could ground development in the telecoms sector that has contributed so much to Nigeria’s Gross Domestic Product (GDP) if not properly handled.

Two weeks ago, the Minister of Finance, Budget and National Planning, Zainab Ahmed, who was represented by an Assistant Director, Tax Policy, Federal Ministry of Finance, Budget and National Planning, Musa Umar, announced the plan of the finance ministry to begin the implementation of five per cent excise duty on telecom services, which she claimed has been in the Finance Act: 2020 but has not been implemented.

She said the finance ministry has ordered telecom operators to begin the collection from telecom subscribers in all voice calls, Short Message Service (SMS), and data services they render to telecom operators and that after such collection, payment must be made to the federal government every month, on or before 21st of every month.

But last week, the Minister of Communications and Digital Economy, Dr. Isa Ibrahim Pantami, vehemently opposed the planned implementation of the excise duty, insisting it will further increase the growing number of taxes imposed on telecom, thereby bringing untold hardships to telecom subscribers who bear the brunt of imposed taxes.

The excise duty is a special form of tax imposed on specific kinds of goods, like alcoholic beverages, tobacco, and fuel. They are specifically imposed by the government on products, during production and distribution stages, but it is being considered for services rendered in the telecom sector by the Ministry of Finance, which telecom subscribers have described as a mismatch since telecom operators do not manufacture, but only offer telecom services.

Despite the existing 7.5 per cent Value Added Tax (VAT) that Nigerians pay for goods and services, the federal government, through the Ministry of Finance, has perfected plans to impose another form of telecom tax, through the five per cent excise duty.

The ministry made this known last week in Abuja, during a stakeholders’ meeting, organised by the Nigerian Communications Commission (NCC).

The Minister of Finance, Zainab Ahmed, who disclosed this through an Assistant Director, Tax Policy, Federal Ministry of Finance, Budget and National Planning, Musa Umar, said the ministry decided to begin the implementation, but after a few years that the idea was muted and agreed upon for implementation.

The Assistant Chief Officer in the ministry, Frank Oshanipin, who presented the Ministers’ speech said the delay in the implementation was a result of government engagement with stakeholders.

The Controller General of the Nigerian Customs Service (NCS), Col. Hameed Ali (rtd), who was represented by the Assistant Controller  at NCS, Lami Wushishi, in her remarks said: “All active telecom service providers must pay the five per cent excise duty.”

The Minister of Communications and Digital Economy, Dr. Isa Ibrahim Pantami, has however opposed the planned five per cent excise duty on telecom services, insisting that such a plan is detrimental to the growth of telecoms in Nigeria.

Pantami who kicked against the plan at a telecom forum in Lagos, organised by the Nigeria Office for Developing the Indigenous Telecoms Sector (NODITS), an agency domiciled in the Nigeria Communications Commission, said he would explore every legitimate means to stop the planned five per cent excise duty tax on the telecom sector.

Pantami faulted the timing and process of imposing the five per cent tax on the telecom industry, insisting that part of the responsibility of a responsive government is not to increase the problems of the citizens.

Pantami claimed that he was yet to be contacted officially, thus his inability to make his case yet.

“If you look at it carefully the sector contributes two per cent excise duty, 7.5 per cent VAT to the economy and you want to add more to create additional hardship. This cannot be tolerated at this time and it will be resisted.”

Pantami urged the tax masters to expand the scope of other sectors that are not contributing to the economy to do so.

“We must come together and salvage the sector. Only the telecom sector contributed 13 per cent and you want to add more. This is unacceptable,” Pantami added.

Pantami was of the view that further tax on the sector would impact negatively on its contribution to the country’s Gross Domestic Product (GDP).

Pantami said the ministry would take further steps apart from the public rejection of the five per cent tax.

“We will explore other means to reverse it. As a minister, based on the provision of the Constitution of Nigeria, Section 148, we are exercising the powers of Mr. President. That is what the constitution says. At least, I am a major stakeholder, when VAT was increased to 7.5 per cent, we were informed. I was not consulted on the five per cent excise duty,” Pantami added.

Industry stakeholders have thrown their support for the Minister of Communications and Digital Economy, Dr. Isa Ibrahim Pantami, who has openly rejected the planned five per cent excise duty in the telecom sector. Chairman of the Association of Licensed Telecom Operators of Nigeria (ALTON), Gbenga Adebayo, insisted that the new tax burden would be passed to subscribers if the federal government should implement it.

Adebayo said: “It is a strange move, it appears a bit unusual. Excise duty is supposed to be apportioned to goods and products, but we are surprised this is on telecom services. We will continue to support the government but ALTON will not be able to subsidise this on behalf of subscribers in addition to the 7.5 per cent VAT, making it 12.5 per cent payable by subscribers to the federal government.”

The President of the Association of Telecommunications Companies of Nigeria, (ATCON), Ikechukwu Nnamani, has also rejected the plan by the government to impose a five per cent duty on telecom services. Nnamani said such a plan should be stopped immediately because it would add to the existing challenges faced by telecom subscribers.

The Executive Secretary of ATCON, Ajibola Olude, said: “The five per cent excise duty on telecom services will not be in tandem with the present realities, adding that the state of the industry is already bleeding.”

Executive Secretary ALTON, Gbolahan Awonuga, said the five per cent telecom excise duty on telecommunication service providers, would not be healthy for the industry because telecom services providers already pay two per cent of their annual revenue to the NCC.

The Executive Vice Chairman/CEO of the Nigerian Communications Commission, Prof. Umar Garba Danbatta, said the five per cent excise duty was to have been implemented as part of the 2022 fiscal Policy measures, but the industry considered the earlier scheduled commencement date of June 1, 2022, inadequate.

“In this regard, I must acknowledge the efforts of the Minister of Communications and Digital Economy, who assisted in our engagement with the Minister of Finance, Budget and National Planning to make for better consultations and more efficient implementation,” he said.

Pantami added: “As the telecoms industry regulator, the Nigerian Communications Commission has engaged with the Federal Ministry of Finance, the Nigerian Customs Service, and consultants from the World Bank to get needed clarifications. These engagements enabled us to better understand the objectives and proposed implementation mechanisms of the excise duty, nonetheless.”

He advised the implementing agencies of government to meet directly with telecom industry stakeholders to address areas of concern.

Some telecom subscribers who spoke with THISDAY, have equally rejected the planned imposition of a five per cent excise duty on telecom services.

President, National Association of Telecom Subscribers (NATCOMS) Chief Deolu Ogunbanjo, hailed Pantami for protecting telecom subscribers on the issue of five per cent excise duty. “I am happy that our Minister is feeling our pains as subscribers. The five per cent excise duty will be an additional burden to the existing burdens in the telecom sector. We are solidly in support of the minister’s position and we as telecom subscribers, will go to any length to stop the planned implementation because it will not be healthy for the telecom sector,” Ogunbanjo said.

Now that the Minister of Communications and Digital Economy, as well as telecoms subscribers, including industry stakeholders, are opposing the plan to impose a five per cent excise duty in the telecom sector, it will be good for the government to rescind its earlier position and re-consider having a meeting with telecom industry operators, to find new ways of boosting its revenue generation.