Buhari Rejoices with Babangida at 81 3 hours ago

Buhari: Elimination of Malaria by 2030 will Save Nigeria N2trn 4 hours ago 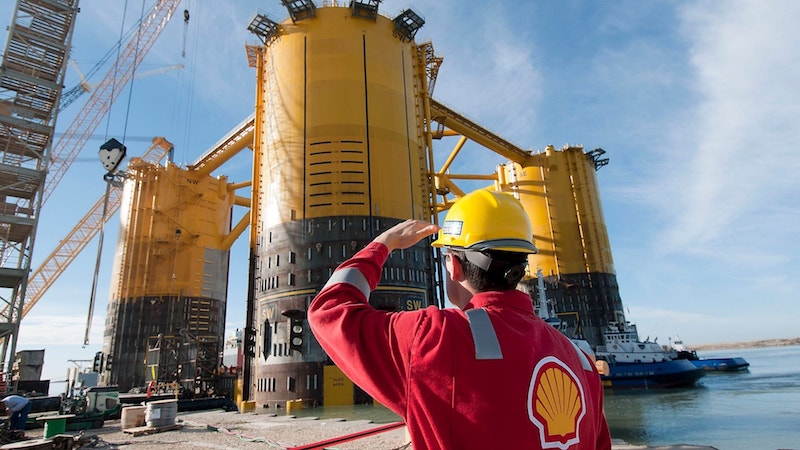 Shell Petroleum Development Company of Nigeria (SPDC) Ltd., said yesterday that it will not go ahead with its divestment plan until the case brought against it by one Isaac Torchi and 87 members of the Ejalawa community, Rivers state is decided by the courts.

The Supreme Court had on June 16 urged all parties to the dispute to maintain status quo over a high court decision to award N800 billion in compensation to the community as well as the plea that assets’ sale should be suspended until the matters were decided.

The community had claimed damage to the environment as well as source of livelihood, insisting that there had been a continuous injury of hydrocarbon oil spillage, rain acid pollution, and non-maintenance of ruptured pipes causing deaths of plaintiffs’ children.

Also impacted by the spill, according to Ejalawa farmers, were trees, and drinking water, causing irreparable damage to the plaintiffs and relations farm products, fish ponds, fish nets, and machines worth several billions of naira.

They had also sought another order directing shell to depollute and rehabilitate the destroyed farmland, ponds and agricultural products, as well as a 10 per cent post-judgement interest from the date of the judgement and litigation cost of N1 billion.

The lower court  had held that there was evidence of rupture at the defendants Akuka/Ebubu flow line named Aka-Ebu-Onu-Ban 55 situated on the plaintiffs’ land.

“I am convinced that there were oil spills in the Eken-Ogun farmland swamp of the plaintiffs since September 18, 2019 and still continue without remediation as could be gleaned from the uncontroverted facts,” Justice Tijani Ringim had held.

However, the initial contention appeared to have been the implicit meaning of “status quo”.
“What the status quo means here is that there should be no bids, no sales until the hearing of the applications which has been fixed for November 3, 2022,” Mohammed Ndarani, the lawyer representing the Delta communities, told Reuters at the time.

Shell intends to sell its 55 per cent stake in SPDC, which it also operates, as the joint venture struggles with hundreds of spills that it says are caused mostly by theft, but which has been disputed by locals.

However, Okunbor said yesterday that the joint venture “will continue to comply with the Supreme Court’s order to maintain the status quo,” saying media reports to the contrary were untrue.

“The Shell Petroleum Development Company of Nigeria Ltd. (SPDC) complies with the law, including any court orders, and respects the judiciary and its role in upholding the rule of law.

“Recent media reporting regarding the 16 June Supreme Court proceedings does not accurately reflect SPDC’s response to the order.
“SPDC will continue to comply with the Supreme Court’s order to maintain the status quo. We have a strong belief in the merits of our case, which we are vigorously defending.

“The Shell Group has confirmed separately that it will not progress the divestment of its interest in SPDC until the outcome of SPDC’s appeal,” the brief statement said.

Recently, Shell was expected to to receive two final offers  for the onshore oil and gas fields in Nigeria, with Nigerian companies, Heirs Oil and Gas Ltd., and ND Western Ltd., competing to buy Shell’s 30 per cent interest in the joint venture, which operates assets in the Niger Delta and nearby offshore areas, according to Bloomberg.

Energy consultant Wood Mackenzie Ltd. last year valued Shell’s stake at $2.3 billion, assuming a long-term oil price of $50 a barrel. But with Brent now trading at about $120, the stake likely is worth significantly more.
Shell announced its intention last year to sell the stake, saying its long-term energy transition strategy was incompatible with Nigerian operations prone to spills and theft.

Chief Executive Officer Ben van Beurden told shareholders in May that a significant increase in sabotage in recent years had resulted in a state of near-lawlessness that the company couldn’t control. “In the end, we have to concede that this is beyond what we can do,” he said.

But a recent THISDAY report indicated that the planned divestments by the International Oil Companies (IOCs) go beyond just the issues in the country’s Niger Delta.

A number of Nigerians believe that Shell is leaving the region in a “mess” after the devastation of the environment for over 60 years and has no plan for cleaning it up or embarking on decommissioning.

According to a recent McKenzie document,  19 Oil Mining Leases (OMLs) are being put up for sale by the oil giant in onshore locations and shallow waters in the company’s eastern and western operations in the Niger Delta.