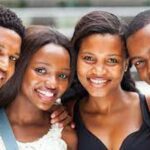 Vice-President Yemi Osinbajo has presided over the weekly meeting of the Federal Executive Council(FEC) on Wednesday at the Presidential Villa, Abuja.

President Muhammadu Buhari was away on a state visit to Portugal.

The Secretary to the Government of the Federation, Mr Boss Mustapha and the Chief of Staff to the President, Prof. Ibrahim Gambari, were at the meeting.

Others were those of Agriculture and Rural Development, Mr Mohammad Abubakar, Environment, Mr  Mohammed Abdullahi and Health, Mr Osagie Ehanire.

At the last meeting on June 22, FEC approved N50 billion for rehabilitation of roads in Taraba and Yobe as well as construction of injection substations to boost power supply in Gwarinpa area of the Federal Capital Territory.(NAN)