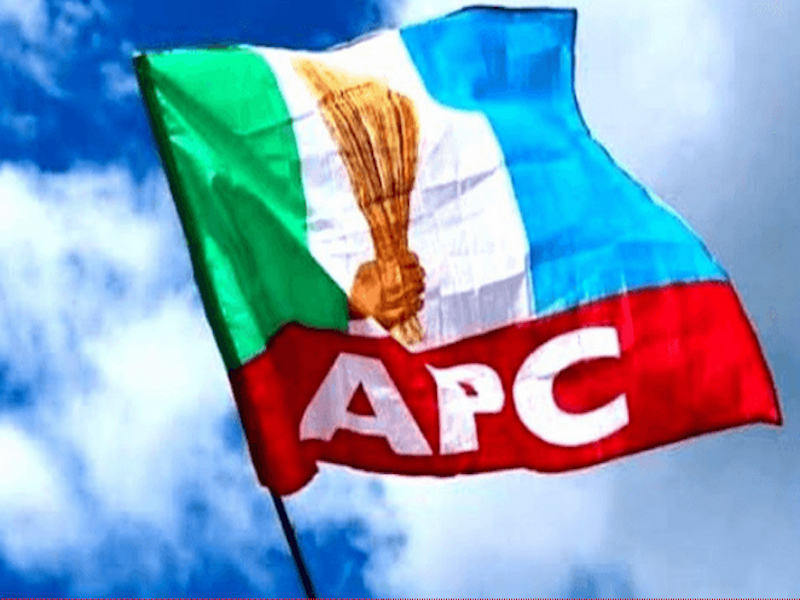 The All Progressive Congress (APC) governorship primary held in Benue State forth night ago has raised serious concerned as confusion sets in with the real position of the party on the final outcome of the appeal committee decision on who won the governorship primary.

The party had declared Reverend Father Hyacinth Alia the winner of the primary election with a wide margin vote difference from his close challengers.

However, the governorship appeal committee led by Princess Ozoamaka Oyeama has declared the election invalid, stating that “it’s a yahoo, yahoo arrangement.”

She questioned the process that gave Alia the victory at that primary poll, adding: “How can any election result of the magnitude of total votes cast of 815, 452 not have at least one invalid vote? We the appeal panel members unanimously agreed that it is not the true reflection of a credible election result; it is too flawless in figure which is a clear proof of the assertions of the aspirants/stakeholders submission that it was written in somebody’s house, the state party secretariat or in hidden places.

“Our submission on the above as appeal panel members was that no election took place in Benue State gubernatorial primary election on May 26, 27 and  28 2022, and the results so submitted by the primary election committee members were an allusion, mirage, façade and at best a ‘Yahoo-yahoo’ result sheet.

“We the appeal members insist that the gubernatorial primary election of Benue State be cancelled and a new date fixed for a fresh election immediately as time is of the essence.”

In its response to the appeal committee statement, the state chapter of the APC declared the process and election of Father Alia as valid.

According to the state APC Publicity Secretary, Mr. Daniel Ihomun, said the appeal committee do not have powers

to nullify the governorship primary of the party.

He said: “Members of the party read a fake, malicious and concocted report on social media designed to call to question the transparent, free and fair governorship primary election recently conducted by the APC in Benue State that was won cleanly and comprehensively by Rev. Fr Hyacinth Alia.

“Ordinarily, we wouldn’t have responded to this fake report and concocted tissue of lies, however, we want to set the record straight and disabuse the minds of our teeming supporters and the people of the state.

“The APC on May 26, 2022, conducted its governorship primary election to produce a candidate for the 2023 general election using the direct method of election.  The election which was carried out in all the 276 wards in the state produced Rev. Fr. Hyacinth Alia, who scored the highest number of votes and was returned winner.

“We wish to make the following points very clear to our members and the people of the state: ‘That the purported report is fake and have no substance; that an appeal panel by a political party lacks the powers to cancel any primary election, and that the election that produced the candidature of Rev. Fr.

Hyacinth Alia is valid and reflects the wishes of majority of APC members across Benue State. Fr. Alia remains the standard bearer of our party in Benue State and poised to take victory from the weaken and perforated Umbrella Party, and that our teeming members across the state should disregard the information and continue to support and have faith in the APC.”