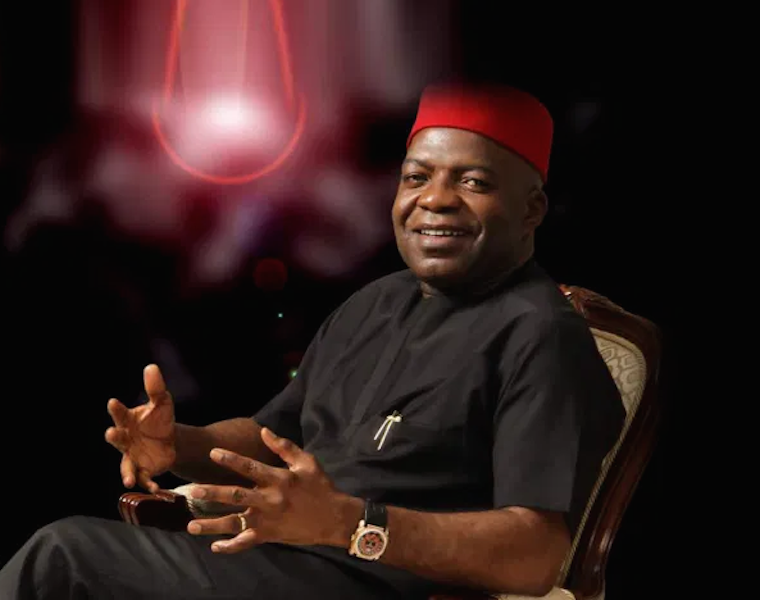 The emergence of former Anambra governor, Peter Obi as the 2023 Presidential flag bearer of the Labour Party(LP) represents a huge hope for the resurgence of Nigeria after years of economic downturn, a renowned economist, Mr. Alex Otti has said.

Otti, who is a governorship aspirant on the LP platform in Abia State, described Obi as an iconic Nigerian whose presidential ambition has elicited “deserving encomiums and excitement, support and solidarity across political, ethnic and religious lines”.

The former bank chief executive expressed his feelings in statement, noting that “honest Nigerians of all classes” are indeed rooting for Obi because they “cherish excellence wherever and whenever they see it”.

Obi, fondly called Okwute (the Rock) by his admirers, had abandoned the PDP presidential race.

He later joined LP where he was returned unopposed to become the presidential candidate of the party during its presidential primary held in Asaba, Delta state.

“Okwute is a national asset, a beacon of hope, and a colossus of high proportion whose administrative skills, managerial acumen and honourable disposition in leadership have contributed immensely in resetting and reshaping the hitherto pervasive mindset of mediocrity and profligacy in public service,” Otti said.

He expressed joy that his June 8, 2020 article published in his Backpage column in Thisday Newspapers is being made manifest today as many Nigerians have begun to see the genius in the man he himself has known for years.

In the referenced article with the title: “The Triumph of Profligacy Over Prudence” Otti had dedicated it to Mr. Obi and x-rayed his leadership excellence and accomplishments anchored on saving costs and prudent management of resources.

According to the governorship aspirant, it was the inherent sterling qualities in Obi that made another equally accomplished, iconic Nigerian in the person of Prof Pat Utomi to step down for the former vice-presidential aspirant.

He noted that Utomi not only found Obi worthy enough to become the LP presidential flag bearer in his place but also spoke eloquently about how highly placed and revered Obi is in the Nigeria of today.

Otti therefore, commended the internationally respected intellectual, Prof. Utomi, who was the  sponsor of his wedding close to 30 years ago, for his advocacy and sacrifice for good governance in the country.

While congratulating Obi on his emergence as presidential candidate, Otti thanked LP leaders and members for finding Obi worthy of flying the party’s flag, and prayed for divine intervention to enable Obi to emerge victorious at the 2023 poll.