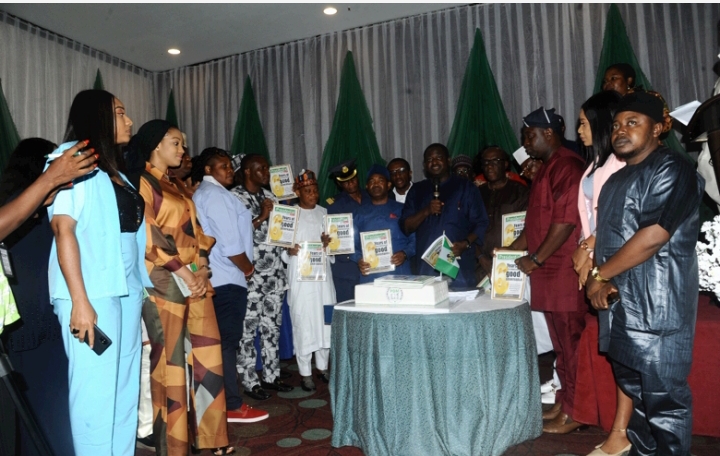 Chiamaka Ozulumba
The All Progressives Congress (APC) has disclosed that it iscarefully making efforts to ensure that it presents the best candidatefrom the multiple of aspirants that have shown interest to be thepresident of the country.

The National Chairman of the APC, Senator Abdullahi Adamu disclosedthis at the sixth annual conference and award ceremony of the PresidentialDiary Magazine, in Abuja.

Represented by the APC National Publicity Secretary, Bar. FelixMorka, the chairman said the party is proud to have manycompetent aspirants that are willing and contesting to lead the nationafter President Muhammadu Buhari next year.
He said: “It is our constitutional and statutory obligation to present ourcandidates, so we are just making sure that we have the right peopleat all levels.

“The Electoral Act makes provisions for three model, the direct,indirect and the consensus model, so political parties like ours arefree to adopt anyone of those models in the election of those who flythe flag of our party during the election.

“We have opted for the indirect model which is why we have goneahead and in the past week to elect the right delegates.

“Some sections perceived this as a spying on the opposition. We aremaking efforts and the opposition is trying their best as well.”

The Special Adviser on Media and Publicity to the President, Mr.Femi Adeshina, urged Nigerians to believe in the presentadministration even though they have few months to leave office.

“The President would not rest in his oars to ensure the citizensenjoy the dividends of democracy. We will ensure that all Nigeriansexperience the best in every of their endeavours.”

In his welcome address, Chairman and Editorial Adviser ofthe Presidential Diary Magazine, Dr. Abubakar Jimoh, said theorganisation would continue to uphold the tenets of the media bypromoting good governance, and ensure governments at all levels areheld accountable to fulfil their campaign promises.