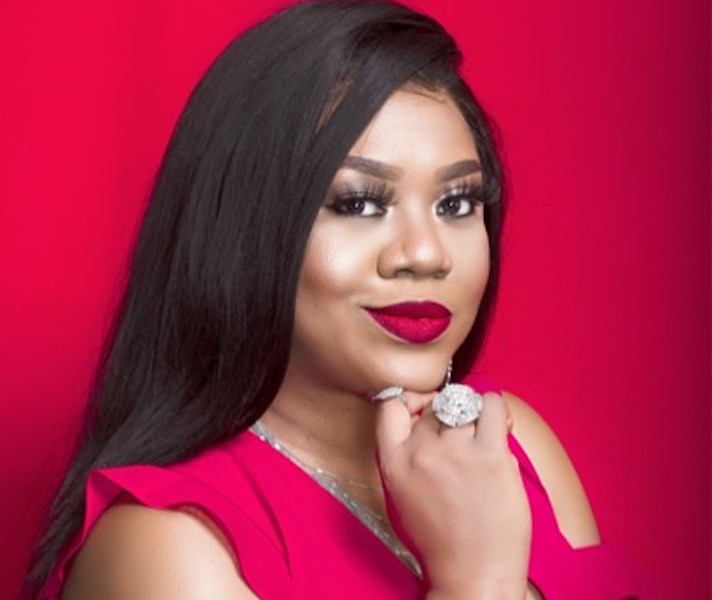 She never wanted fame but when it enveloped her, Nollywood actress, Stella Damasus, made a conscious effort to keep her private life from the public view.  Damasus , who was recently in Nigeria for the burial of her

mother,  in this conversation with Vanessa Obioha, opens up on why she kept her

Stella Damasus was not easily recognisable with the black face mask covering half of her face. The soothing voice of the Nollywood actress is markedly different from those characters she assumes that light up the screens. In her 40s, Damasus has managed to keep an enviable physique that takes more years off her age.

We were at a rented apartment in Lekki. It was a busy Saturday for her as she prepares to return to the United States where she is based. Her trip to Nigeria was mainly for the burial of her mother who passed away last December but Damasus did not share the news till January.

“She actually passed on December 30 but I could not share the news. For a week, I could not speak. I only posted a month after because that was when I was able to write that my mother passed.”

Damasus revealed that she had a profound relationship with her mother. They had pet names for each other and she could easily confide in her more than her friends or siblings. Such was the bond with her mother that she often joked with the deceased that she would get a boyfriend for her since her father passed away 12 years ago.

The Nollywood actress who is the last of her parents’ children (her younger brother died at a young age) is yet to get over the loss of her mother.

Damasus, who hails from Delta, was one of the beloved Nollywood stars during the home video era. Originally a singer, she made her first appearance in the movie ‘Abused’ in the 90s. Subsequent features in Nollywood shot her to fame but the actress, who is diffident, tried as much to keep her private life away from the public view.

“I am shy. I hardly go out to mix with people. I can be on stage and be myself and do what I want to do. But throw me inside a crowd, I can be like this for three hours and I will not know anybody’s name. Nobody will know my name. When people look at me, they don’t believe it because I’m vocal on my social media.”

She added that she never really wanted fame.

“I didn’t want fame. I never knew that I would get fame. I know that since I was a kid, I loved the arts. I loved to sing, act, and dance. I stumbled into acting so I didn’t really go into it for fame. I like privacy. I cherish it a lot. I can’t handle the noise very well. I go to an event and before everybody knows, I’m out. I love people. I love to laugh but I don’t really know how to do all the meet and greet. I had social anxiety for a while. This whole fame thing is not really for me so you won’t catch me posting designer wear or vacation pictures or new cars on social media.”

Following the death of her husband Jaiye Aboderin in 2004, Damasus kept a low profile and deliberately stayed away from the movie industry. Although her obvious reason was to avoid being constantly stereotyped in movies. The other reason was to raise her daughters.

“I took a break at a time when I knew that at the age where they were at, I have to be hands-on. I have to know what they’re doing, where they’re going, their school, their friends. I have to be hands-on because there are certain times in the age of a girl that if you are not the one to teach her or guide her and they get the information from outside, it is hard.  And I was travelling a lot and filming a lot. I was away from home.

“And I thought no, I don’t want someone else to raise my kids. I wanted to raise my kids myself. So I’m going to take a long break until I know that they’re mature enough to handle certain things by themselves, they can take care of themselves, I don’t have to be there. So I waited until they told me to go do your thing,” explained Damasus.

Very protective of her family, Damasus deliberately kept her children away from the spotlight. Nigerians only found out their identity two years ago when she started posting their pictures on social media.

“From the time they were born, it was a conscious effort not to put them out there. They were always covered and hardly went anywhere. They either visited their friends or had them come over. There were no pictures because I wanted them to live a normal life.

“Their surname is still Aboderin. They have normal friends who treat them like normal people not because they are Stella Damasus’s daughters. I didn’t want that. I want them to read, study, work hard and earn a living, not because they are associated with me. I’m happy I did because they don’t even regard me as anything, just Mummy. They have always had social media but I didn’t want them out there until they were mature enough to handle the negative side of social media.”

One of the perks Damasus enjoys is having had her children early. She was 21 when she married and will be turning 44 in April. Her two daughters are in their 20s. For the Theatre Arts graduate from the University of Lagos, there are no regrets about walking down the aisle that early.

“When I got married at 21, I was very lucky that I married one of the best human beings in the world. He taught me a lot of love and respect and family. And most of the things that I do today, the life I live today, the way I have tried to help and impact others, there are things that I learned from him. I’m glad that I learned that early. I didn’t wait till I was in my 30s to get married. And the fact that I met him at that time before he passed was a blessing. I wouldn’t trade that. I enjoyed that kind of life early, so I’m good.”

However, she wished she explored some areas of her life that her children exhibit today.  For instance, her younger daughter is very strong-willed and stands up for things that she believes in.

“I wish I was in an environment where we had an opportunity to speak up as women, as young girls. During our time, we were not allowed to attend or know about these forums. It’s always for guys. But my child comes out and says no, no woman should take this.

“I wish that I had the kind of mindsets that they have  I feel that my life would have been different because I find that in my own lifetime, I actually accepted a lot of things that were thrown at me or that happened around me because everybody’s accepting it, I don’t want to be the odd one out. So I see her and I wish that I had that. Izzy on the other hand is the opposite of me. She is very friendly. I am not. Maybe if I had their personalities, my career would have grown bigger.”

In a way, her career has gone beyond just acting and singing. Today, Damasus is known as a publisher, content creator, producer, acting coach, entrepreneur, a podcaster among other things. Her social media pages are full of content that not only inspires but uplifts the soul. For instance in her Ask Stella series, she reads emails from fans who want her to address relationship issues.

While harnessing the power of social media to motivate her followers, Damasus is not immune to the negativity that emanates from the platform such as the venom and bashing celebrities often get from social media users. However, she believes that most times, oversharing leads to toxicity. She gave an instance of how people often devalue themselves on social media just because they feel they have to expose or overshare their privacy. For her, a level of decency must be maintained on social media.

“Part of it is us too. When you devalue something it is hard to make somebody else value it. My mom used to teach me this and everybody says it too. When you know how to treat yourself, you teach others how to treat you because if you devalue yourself and everything is open one day, someone comes and wants to do something you don’t like. So why are you shocked that you’re attracting certain types of attention? The woke people always come at me, claiming that nobody has the right to touch you but the fact is let there be some value to yourself.”

For someone who works in an industry where everything is glamorised, Damasus is taking a different and less travelled path. Understanding the role she plays in society has kept her from falling into the bottomless pit of social media toxicity.

“We have the power to change a lot of minds so my question is what kind of future are we building for our young ones?”

Moreover, she added, she wants her children to grow up in an environment that is not too saturated with sex, nudity and violence.

Currently working on some Nollywood movies, Damasus’s latest venture is the Geli collection- a brand name coined from her middle name Obiageli. The collection is a one-stop-shop for all her accessories from rings to hats. She hints at launching her wigs brand soon.