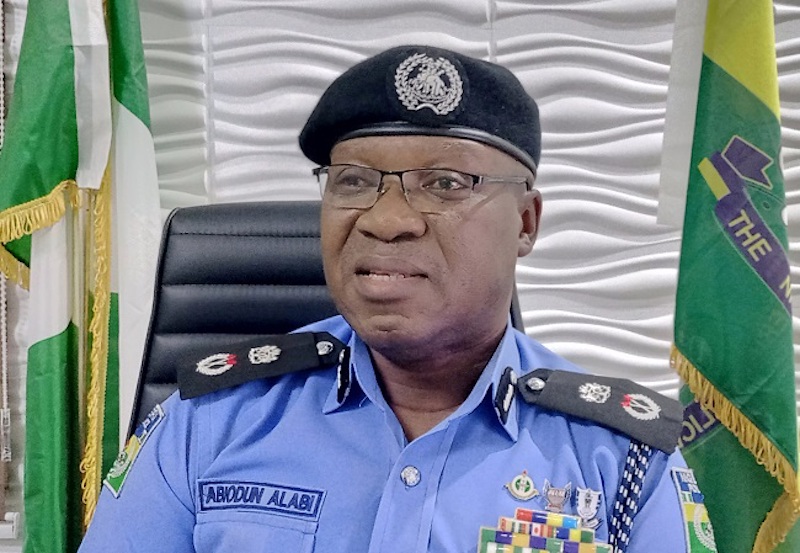 He paraded the three suspects along with 22 others who, according to him, had committed different crimes including murder and arson.

According to the state police boss at a media briefing at the Command’s headquarters in Ikeja, the arrest of the gunrunners is sequel to a complaint of misplaced luggage by one Aji Augustine, a resident of Ibeju-Lekki.

He said Augustine alleged that he went to receive some food items which were sent to him by his mother from Cross River State through a driver.

According to him, the driver of the bus mistakenly gave him (Augustine) a sack that was meant to be delivered to someone else.

“The complaint alleged that when he opened the sack, he discovered seven locally made pistols and not food items as expected,” he added.

The CP further revealed that the complaint swiftly rushed to the nearest police division and handed over the arms to the police.

He said upon receipt of the case, detectives embarked on diligent investigation. That led to the arrest of Joseph Ashiwobel, who dispatched the sack from Calabar to Lagos.

“During interrogation, he confessed that he had sold many guns to his customers here in Lagos and he led operatives to arrest two of his buyers: Rasheed Ogunbade, 39, and Aladeokin Ahmad, 38,” he disclosed.

The commissioner also added that the locally made short gun bought from Ashiwobel was recovered.

Alabi told newsmen that investigation is ongoing to apprehend other fleeing suspects in order to recover more of the guns he had sold to people in Lagos.