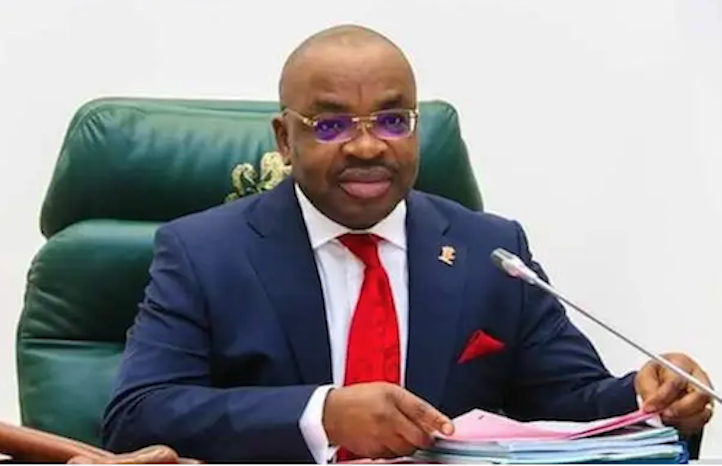 We are just five months into the year but the fever of the 2023 elections is already enveloping and gripping every part of our polity. There is no doubt that there are mixed feelings among our citizenry regarding the performance of our federal and state governments but one thing is sure, like spilt milk, it will be impossible to get our past back but we have the chance to determine the look, feel and shape of our future by our action or inaction in the next couple of months.

Just like in some other states, 2023 will be a defining moment in Akwa Ibom State because once again, there will be a transfer of power after an 8-year reign of an incumbent. Expect drama, hire wire politicking and more.

As expected, a few gladiators have indicated interest in occupying the Hilltop mansion but what exactly should Akwa Ibom people be looking for in the man who will occupy such a high office?.

Before I am crucified by gender activists, I have used the word “man” here because as at the time of writing this, no woman has thrown her hat into the ring.

Being one of Nigeria’s oil-rich states, Akwa Ibom State is well positioned for greatness, but a lot of creative thinking and sacrifice is required to take it from where it is presently to where it should be.

The present Udom Emmanuel government has laid a strong foundation in infrastructure and investments, some of which may take years to bear fruits that is reason the people need a steady hand to steer the ship at this time.

It is my considered opinion that the next governor of Akwa Ibom should not be a dyed-in-the-wool politician. The state should not be left in the hands of the ex-this, ex-that class, those whose only claim to fame is holding public office for donkey years with little or nothing to show for it

This is not the time to compensate anyone, it is not time to think of men who only discuss today, but a time to choose a visionary leader, the kind of leader that loves his people and is passionate about their welfare.

The kind of leader we can trace his trajectory, not those with questionable wealth who throw handouts left, right and centre.

The next governor of the Land of Promise must act as a corporate titan/CEO, someone with the ability to manage men and resources.

He should be someone who has shown the capacity, character and competence to run a successful business. Someone who understands the dynamics of profit and loss, someone who has built an enterprise from zero to its zenith.

Someone with a track record of performance, like it is said, you cannot give what you don’t have or as they say on the streets “if e didn’t dey, e didn’t dey”.

Why is it necessary for the next Governor to be private-sector driven? Everyone knows that the greatest problem in the world today is paucity of funds available to nations and by extension states.

A state governor who only knows how to spend and does not know how to create wealth is not a good fit in today’s world that has been hit by recession.

Apart from funds, anyone who has run a business before will know what it is to be innovative and would have developed the penchant for adapting to new realities.

Again, anyone who has ran a business will know the pains and needs of SMEs-who are the major drivers of any economy.

What the state need is the kind of leader highlighted by Sheikh Mohammed bin Rashid Al Maktoum, Vice President & Prime Minister of the United Arab Emirates, one who is able to crystalize his vision, define its objectives, navigate its development and supervise its implementation

He should have clearly defined ideas for agriculture, tourism and hospitality, rural development, health care and education. He should have a plan for the elderly and women.

The best man for the job should be one who envisions an Akwa Ibom beyond oil. He should be the man who has been outlining his ideas, and not the one who has been grandstanding on the soap box.

I am not a fan of abandoned projects. It is therefore good that there should be some form of continuity in vision. After all, it is a common saying that government is a continuum

Nothing exemplifies the truism of continuity than the birth of Ibom Air. Governor Udom Emmanuel did not build the Victor Attah International Airport. What he did was to improve on it and then expand the use of that facility by creating an airline.

Each time I board the airline, I cannot help but commend governor Emmanuel and the team that dreamt and executed this project. Apart from its excellent corporate culture and efficiency, this is one government investment that is a job-creating machine.

The other day, I was having an argument with a friend who said the airline was a misadventure.

I knew immediately that this was sour grapes and I took time to highlight what such an enterprise means for the state.

Apart from creating easy access for investors and tourists, today, it flies to six destinations.

Now check this out. At all its destinations, it will have ticketing officers, people at the check-in counters, ground staff from cargo handlers, cleaners to engineers, it will have a full compliment of crew for shifts, it will serve refreshments which means that producers of bottled water, beverages and bites will have an outlet for their products. Imagine this kind of multiplier effect from just one business. That certainly is no misplaced priority?

Another area that Mr. Emmanuel should receive kudos is his decision to have a data base for all farmers. I am told that at the touch of a button, you can find out specific details and number of maize, poultry, cassava farmers etc in the state.

That is not all, he midwifed the Akwa Ibom Geographical Information System ( AkwaGIS), which will enable the state manage her land in an organized and digitalized manner.

We all know that data is king, without the right data, proper planning becomes like groping in the dark. In deed, these two projects show the forward-thinking nature of the present governor and it is therefore necessary for someone who shares this kind of vision to continue in 2023.

Furthermore, His Eminence, Dr. Sunday Mbang, an Akwa Ibom indigene, had once said that the next governor of Akwa Ibom should not be a cultist or someone who is associated with violence, I totally agree with him

In addition, the next governor must dare to thread where others dread. He should be the kind of man who is not afraid to have his hands dirty.

He should be dogged, tenacious, courageous and resilient yet humble and amiable. He should be open-minded and be able to to bring the best and the brightest stars together for the common good of the state. I therefore, call on the people of Akwa Ibom to take this points to heart as they head to the polls.

– Effiong, a journalist writes from Lagos