The Money-for-Ballot Syndrome  46 mins ago 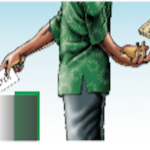 Anambra State Governor, Prof. Chukwuma Soludo has presented a revised 2022 budget to the Anambra State House of Assembly.
Soludo also confirmed that the member representing his State constituency, Aguata II, Hon. Okey Okoye, was still in kidnappers’ den.
The governor while presenting the revised budget on the floor of Anambra State House of Assembly said his government hit the ground running immediately after his inauguration. Furthermore, he said his administration remained committed to creating a livable homeland for Anambra people.
He said the revised budget was meant to meet the realities on ground and also help his government succeed.
“The purpose of the 2022 Revised budget is to reflect current realities, challenges, and priorities of the new administration and Ndi Anambra.
“We are undaunted by the state of the treasury. We have seriously started reforming our system of tax administration to significantly ramp up our internally generated revenue over the coming years. In the meantime, the dire needs of Ndi Anambra and our transformation agenda cannot wait.
“We are working on a mixture of financing options (including debt that is ring-fenced to fund bankable projects and/or infrastructure with impacts on the economy) to guarantee efficient and effective service delivery to our people while ensuring fiscal sustainability over the medium to longer terms. The details of these will be laid out in our 2023 budget, ” he explained.
Soludo said the size of the revised budget was about N170 billion, versus the existing appropriation of N142 billion, with capital expenditure accounting for 64 per cent, compared with 57 per cent previously.
“Capital expenditure increased by 33 per cent, from N81 billion to N108 billion, while recurrent expenditure increased marginally by 0.79 per cent from N60 billion.
“We have declared a state of emergency on rebuilding our road infrastructure and traffic management. About N52 billion or about 31 per cent of the total budget is for the Ministry of Works and Infrastructure and we intend to simultaneously invest in roads in most of the local governments, paying special attention to our urban regeneration agenda.
“We have requested the federal government to kindly intervene on emergency basis on a number of federal roads in the state that have become nightmarish death traps.  We confidently expect their urgent responsive action,” he added.

Meanwhile, Soludo has confirmed that a member of the Anambra State House of Assembly who was kidnapped last week was still in custody of his kidnappers.

Okoye, was last Sunday kidnapped by some unidentified gunmen.

The governor said: “I regret however that one of you, the member representing the good people of Aguata II Constituency in the House of Assembly, my own representative, Hon. Okechukwu Okoye, is still in the custody of the kidnappers.

“The security agencies are working very hard and around the clock to secure his freedom. God is on the throne and Anambra will win. Let me leave it at that.

“We have chosen to confront the foundational issue of security head-on and expected that those profiting from the lucrative criminal enterprise would viciously fight back, and they have.  Suffice it to say that so far, so good, they are testing our will and resolve.  Let me assure you this: Anambra will win!”

There have been spate of violence in the state, including attacks on security agencies and government facilities.