Olu of Warri’s First Anniversary Kicks Off with Praise, Worship 18 mins ago 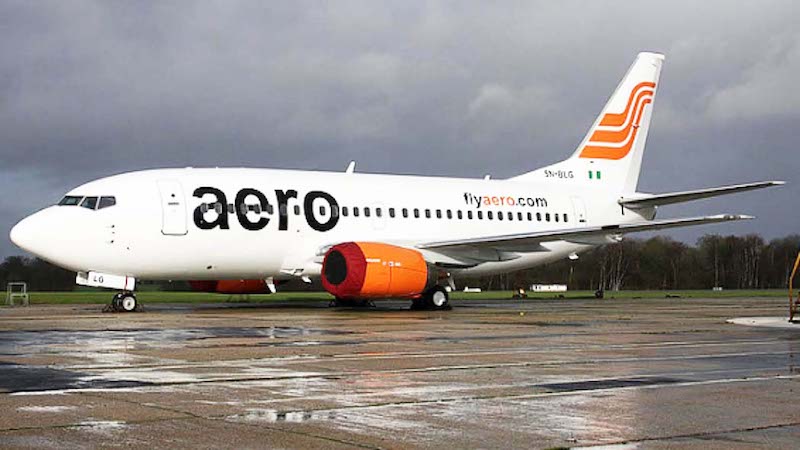 Nigeria’s oldest carrier, Aero Contractors, is almost down but it has the potential to rise again and become one of Nigeria’s most successful carriers, writes Chinedu Eze

Key factors are going in favour of Aero Contractors. These include invaluable goodwill, highly skilled manpower with experience, a training school and a priceless aircraft maintenance facility. What is going against the foremost Nigerian carrier is that it does not have operational funds; it is crippled by N50 billion debt and save for two aged aircraft, Aero is bereft of operational equipment. These last factors on the downside can be a Nunc dimittis to any airline in Nigeria.

But Aero is still trudging on, hoping for financial intervention. The Asset Management Corporation of Nigeria (AMCON) under which the airline is in receivership has been mum. It might have exhausted itself, but looking at how Arik Air and Aero Contractors have been doing under AMCON, it is the opinion of many industry stakeholders that the government agency’s foray into the aviation industry was a failure. According to many industry observers, not being able to put Arik Air and Aero Contractors on a good profitable pedestal is a failure “on the side of AMCON.”

But Aero was a beckoning hope in 2018 and 2019; before COVID-19. That was when it rejuvenated its maintenance facility. In 2018, the Nigerian Civil Aviation Authority (NCAA) issued Approved Maintenance Organisation (AMO) certificate to the company, qualifying it to carry out aircraft maintenance up to C-check level on Boeing Classics: B737-300, B737-400 and B737-500.

Aero went on to extend its maintenance hangar so that it could effectively take in a Boeing 737 aircraft and it was partnering with A J Walters of UK for tooling and spares; the South Africa Airways Technical and other international maintenance organisations to ensure that its aircraft maintenance facility was in line with global standards.

For years the airline had been conducting maintenance on helicopters and Bombardier Dash 8 aircraft up to D and C-check respectively.

The airline also hoped then to secure European Aviation Safety Agency (EASA) and the US Federal Aviation Administration (FAA) certification before the middle of next year.

“Nigerian Civil Aviation Authority (NCAA) has given the certification for Aero to conduct C-checks on Boeing B737 Classics. I have always said that Aero Contractors Maintenance Organisation has been in existence for about 58 (2018) years and it has been conducting checks and it has been improving. Over the years it has done remarkably well in maintaining small body aircraft like Bombardier Dash-8, Hawkers and other private jets.

“But there has always been a limiting factor for Aero Contractors to perform C-checks on bigger aeroplanes. So we now had a comprehensive look at what is needed so that we could achieve the great feat of carrying out C-check maintenance on Boeing B737 classics. Finally, we got all our people and every other thing ready and send them to NCAA to look at everything for approval. What we needed was to meet the specification for conducting C-check on bigger aircraft, the Boeing B737 classic, which includes B737-300, B737-400 and B737-500,” former Aero CEO, Capt Ado Sanusi had told THISDAY.

That maintenance facility was a lifeline for Aero Contractors. When it began to maintain aircraft for other airlines was when it began to earn revenues from another source other than the scheduled operation ad rotors division.

By early 2019, Aero had started getting offers to conduct C-check on third party aircraft (aircraft of other airlines) but the company started the C-check with its aircraft and would maintain two of its own before conducting the C-check on another, which was already in waiting.

When Aero Contractors was established in 1959, it targeted the oil and gas industry, to provide shuttle and related services and this was the base of the airline’s revenue until 2000 when it started scheduled flight service. In March 2013, industrial action grounded flights for 18 days, in a dispute over outsourcing and reduction in staff numbers. The strike, from 13–28 March, grounded Aero’s active fleet of nine aircraft and was reported to have cost the airline at least N10 billion in ticket sales.

AMCON at the financially jaundiced status of Aero took 60 per cent of Aero stakes in 2013 and in August of the same year it took over the management of the airline. But in 2021 Aero shut down its rotors wing, which was money-spinning for the airline because, under receivership, E & P companies were niggard at doing business with the airline.

At the time AMCON took over the management of the airline, Aero Contrac¬tors had no fewer than eight helicopters (a rotary wing) and nine aircraft (fixed wing), but its helicopters had dwindled to just one by December 2020.

The Managing Director of the airline, Captain Abdullahi Mahmood admitted to THISDAY the precarious state of the airline and identified factors that led to the debilitating condition of the indigenous carrier.

Captain Mahmood disclosed that the management was doing everything possible to revive the carrier, saying that the factors that brought Aero to its knees are the contagious ailment infecting other airlines in the industry.

He said that the high cost of forex, high maintenance cost, high cost of aviation fuel and low traffic is responsible for the bad condition of the airline.

“Maintenance cost is high, foreign exchange is not available and the high fuel price in addition to the fact that after the high Christmas season, there was low passenger traffic from later January till Easter period. Then we are also contending with overhead, which is so much.

“When you have no traffic and what you are generating cannot defray operating costs you cannot survive. We are still operating but from the rate we are going we may shut down anytime,” the Managing Director said.

He also explained that because the aircraft in the fleet are old they break down very often so there is a high cost of maintenance and spares have to be imported and even insuring the aircraft requires foreign exchange.

Aero management also said that although the maintenance facility of the airlines was generating revenue it could not make a profit because the funds generated are used to pay personnel and overhead.

THISDAY also spoke to the immediate past CEO of the airline, Captain Ado Sanusi, who also said that it was very unlikely that the airline would survive, except it was urgently injected with new aircraft and funds.

Sanusi who took over the airline in February 2017, when it was in comatose, told THISDAY that the airline was coming back from shutting down when he began to preside over its affairs.

He recalled that the airline had two aircraft, which were due for major checks, the C-check, passenger confidence was low and three of the airline’s aircraft were in maintenance facilities overseas.

“The airline was at the brink of collapse when we took it over,” he said.

Sanusi further explained that the airline was under receivership, as it was being managed by AMCON, so what the airline needed was more aircraft, which would enable it to increase revenue.

THISDAY learnt that then AMCON had invested so much money in the airline but was not ready to invest more, so Sanusi and his team brainstormed on whether the C-check could be conducted in-house and the engineers in the airline went to work. They took the Boeing 737 classic and successfully conducted C-check and received Aircraft Maintenance Organisation (AMO) certification from the Nigerian Civil Aviation Authority (NCAA).

“The success of the C-check opened the door for us because it restored passenger confidence, knowing that we could maintain our aircraft and from 40 to 50 per cent load factor, our passenger traffic grew to 80 per cent. AMCON was elated that they continued to support us. We sold assets we didn’t need and we brought back one of the three aircraft ferried overseas for maintenance and now had two Boeing and One Bombardier Dash 8. Our revenue rose from N180 million to N2 billion. We did a lot.

“We bought the engines of United Nigeria Airlines Boeing B737-300 aircraft. With our revenue we revamped the rotary-wing of the airline and would have clinched a multimillion-dollar deal with Total for shuttle service but because the airline was under receivership we didn’t. We even went into a strategic partnership with the indigenous company to revive the rotary wing and was in that process when COVID-19 came,” Sanusi said.

The COVID-19 lockdown was the undoing of the airline, like many others in other parts of the world, Sanusi said, adding that it was during the lockdown that the Maintenance, Overhaul and Repair (MRO) facility came alive and began to engage in third party maintenance, which is the maintenance of other airlines’ aircraft.

“Immediately after the lockdown, we were ready to go into business. Passenger demand was unprecedented. The prospect of Aero was very good. It had a chance to recover, but the biggest challenge was fleet renewal. The average age of the aircraft was the late 20s or early 30s. We communicated to the shareholders. We could not do D-check, which was a heavy check, but we later got approval and we conducted D-check on the Boeing 737 after which we would retire the aircraft, hoping that there would be fleet renewal to put the airline as an ongoing concern,” Sanusi said.  Aero is described as a fully made airline because it has a scheduled operations wing, rotary wing, MRO and training school; no other airline in Nigeria came close.

On why the airline was going under, Sanusi said, “The airline needs fleet renewal without which it cannot survive. External factors include high cost of aviation fuel, scarcity and high cost of forex, and low passenger traffic, which was extraordinarily very low. When I left the airline had a good chance of survival, even coming out of receivership. But it needed strict financial management,” he said.

There is still hope that Aero Contractors will rise again.