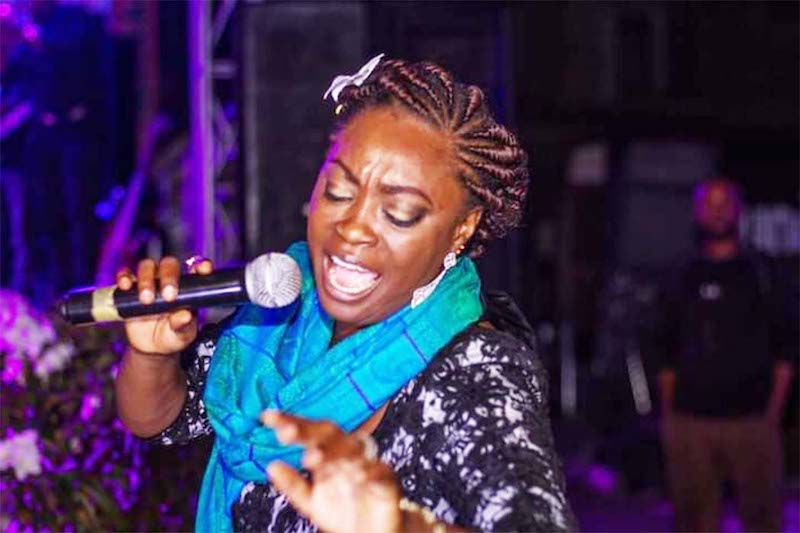 For a jazz tradition that has been domiciled on Lagos Island, the Lagos International Jazz Festival (LIJF) 2022 was a surprise treat for music fans on Lagos Mainland from the organisers. Powered by Inspiro Productions, the festival was founded by Ayoola Sadare as one of the city’s cultural staples designed to entertain and drive tourism.

This year, the festival was moved from its traditional venue – Freedom Park – to Baylounge in Lekki, Lagos. In response to popular demand by the festival buffs in other parts of the city, LIJF was birthed at Fish Farm, a cozy relaxation spot in Ogudu. In an atmosphere of grills, the audience grew in numbers and resilience, defying the rain that almost ruined the first night on the mainland. Taking cover from the heavy downpour at the carwash, many were seen dancing to the music covers from the live band.

After the showers came the soothing voice of Olumide Baritone, who made his debut on the LIJF stage despite being ‘a friend of the house’ for some years. His mind-blowing cover of Frank Sinatra’s ‘My Way’ felt like a movie soundtrack; an infinite tunnel of emotions. The enraptured audience was quiet and attentive, waiting to applaud at the end of the awesome delivery of the classic swing track. Described as one of the world’s favourite funeral songs, it seemed like the song itself was a well-deserved tribute to Mrs. Margaret Olatokunbo Sadare, the matriarch to whom the 2022 edition of LIJF had been dedicated. The LIJF founder, Sadare who lost his mother on October 1, 2021 at 85 was sporting the ‘funeral aso-ebi’ trousers at the festival- a fashion tribute to Mrs Sadare who was described as one of the festival’s strongest supporters.

Fela Anikulapo-Kuti’s spirit was evoked that night at the Fish Farm with the exhilarating showmanship from the 10 Strings All Stars Band. The band served some Afrobeat classics from Abami Eda, the legendary musician who was the first Nigerian to release a jazz album.

The night of performances was capped when the Queen of improvisation and Afrojazz singer, Yinka Davies seduced the crowd and later dedicated a song to her late son, Jeremiah who died on January 29, 2021 at 27. Performing alongside the master saxophonist, Mikifa, Davies reclaimed her position as a centre-stage act.

Pamela Scott, CJ the poet, ace guitarist YPick, Afrobeats artist, Sam Derry, Poshryna Oyin, Tunji Adeyemi and the duo of Pa Jimi Solanke were some of the headliners at the Baylounge waterfront cluster of the LIJF.

A special birthday session in honour of Mrs Bose Idonije snr, the wife of veteran broadcaster, music critic and former Fela’s first manager Benson Idonije was one of the highlights of the island show. Mrs Idonije, also known as Burna Boy’s grandmother, has been a huge supporter of her grandson’s music career behind the scenes.

No doubt, LIJF has been a breeding ground of music talents in Nigeria parading some of Nigeria’s finest in afrofusion, alternative, soul and even fuji served on the platter of jazz.