The Southern and Middle Belt Alliance (SaMBA), and the Peter Obi Support Network (POSN) have asked the Peoples Democratic Party’s presidential aspirants from Southern Nigeria to take the party to court for dumping the zoning arrangements as entrenched in its constitution.

Spokespersons for the two groups, Messrs Rwang Pam Jnr (SaMBA)  and Sani Saeed Altukry (POSN), stated this in a statement jointly signed by them in Abuja yesterday.

Some of the PDP aspirants from the South are, Governors Nyesom Wike (Rivers), Udom Emmanuel (Akwa Ibom), and former Anambra State governor, Peter Obi, among others.

The groups said, “We hereby call on all southern presidential aspirants to unite and take the party to court on this matter failing which members of SaMBA and POSN that are members of the PDP will assume the responsibility and sue the party over this flagrant violation of its own laws.”

The two national grassroots organisations warned the leadership of the PDP that they were “on the path to perdition over their refusal to zone the party’s presidential ticket to the southern region of the country.”

The groups stated that the PDP violated its constitution by failing to zone its presidential ticket, even as the groups threatened court action against the party for violating its own constitution on zoning.

The groups added that the decision of PDP’s NEC not to enforce its own laws and zone the ticket to the South has “clearly shown that PDP has no regards for the peoples of the southern region – particularly the South-east and South-south – despite their loyalty to the party since 1999.”

Part of the statement read, “The decision of the National Executive Council of the Peoples Democratic Party (PDP) on Wednesday to abandon zoning and throw the presidential ticket open, is not only disheartening to the party faithfuls in the southern region, but also self-destructive to the party being in clear violation of the party’s constitution.

“The PDP Constitution at Chapter One, Section 7(3)(c) states in pursuant of the principles of equity, justice, and fairness the party shall adhere to the policy of rotation and zoning of party and public elective offices, and it shall be enforced by the appropriate Executive Committees at all levels.

“The PDP constitutional provision implies that after President Muhamamdu Buhari’s eight years in office in 2023, the presidency will rotate to the South.

“It was pursuant to the above constitutional provision that the PDP at their convention made the 2019 presidential primary an all-North affair.

“The ruling All Progressives Congress (APC) did likewise and thus we had a North Vs North (i.e., Atiku Vs Buhari) presidential contest in 2019.

“It is unfortunate that due to the influence of a few greedy party leaders, the PDP has violated its own constitution by throwing the presidential race open to all-comers.

“It is obvious to Nigerians that such party leaders that recklessly violate its constitution will not uphold the nation’s constitution when it comes to power, and therefore cannot be trusted with our commonwealth.

“There is no gain saying that with this decision by the PDP leadership, the party is surely on a path to perdition.” 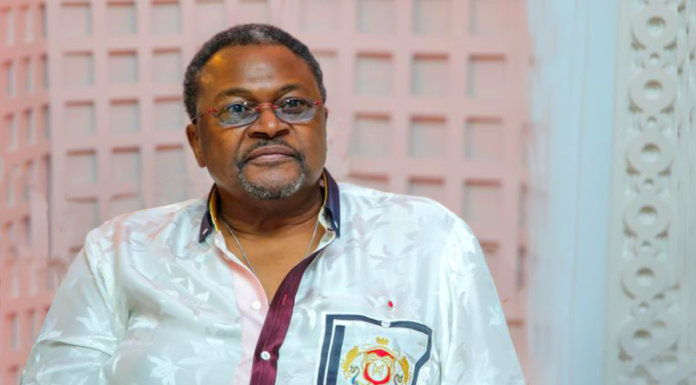