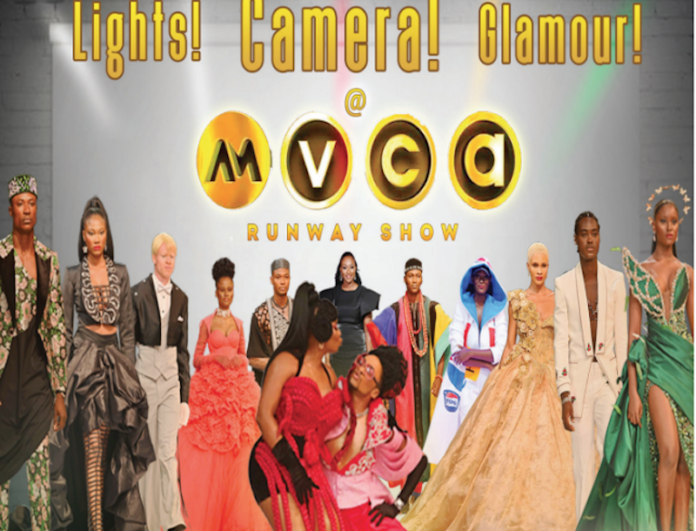 When the organisers of the Africa Magic Viewers Choice Awards (AMVCA) announced that a runway show would be part of its lined up eight-day festivity, there were speculations and expectations.

The AMVCA is known for its extravagant and glamorous red carpet where celebrities usually make fashion statements with their attires. So, not a few thought that the runway show would have some of the famed designers walk the runway.  But when the organisers announced the ‘Design for the Stars’ competition for budding fashion designers, there were high expectations on what kind of pieces will be displayed on the runway.

All doubts about the capacity of the organisers to pull off a mind-blowing fashion show were laid to rest the moment the fashion show opened on Sunday, May 8, after a long delay.

Strutting the runway in breezy, vibrant, and stylish outfits made in Pepsi brand colours — red, blue and white — the models gave the motley audience gathered at the Balmoral Hall of the Federal Palace Hotel in Victoria Island, Lagos, a sneak peek of what to expect from the fashion show.

The brand which sponsored the fashion show had the nine finalists — Amy Aghomi, Azeezat Alawusa, Ezioghene Egbelefiyo, Felix Asuquo, Ikechukwu Nwosu, Obinna Omeruo, Omowunmi Pillot, Oseluese Okpamen, and Sophie Chamberlain — compete in a special Street Style competition where the winner gets to wear the title ‘The Pepsi designer of the Year’ as well as win One Million Naira.

Staying true to the street style theme, the designers who spent two weeks in camp were coached by some of Nigeria’s biggest designers Lanre Da Silva-Ajayi of Lanre Da Silva Ajayi, Mai Atafo of ATAFO, and Adebayo Oke-Lawal of Orange Culture, made colorful hoodies, athleisure outfits, jackets, and dresses. Some of the designs were layered with nets and patches.

During their showcase, Styl Plus, the Nigerian R&B group came on the runway to perform. Their nostalgic performance had the audience swooning with excitement as they sang along to songs such as ‘Olufunmi’.

Keeping up with the tempo initiated by the models for the Pepsi competition, Lush Hair, another sponsor of the show had the audience in gasps and awe at the astonishing hairstyles donned by the models. There were mountainous wigs, longish braids and modest weaves. The jaw-dropping moment of the showcase was when award-winning Afro-pop singer Yemi Alade and popular media personality Denrele Edun, both ambassadors of the brand strutted the runway.

Alade wore an outfit with long curly braids stitched on it while Denrele’s hair was styled in an updo weave. The two stars did not only just walk the runway but added a little bit of sass as they swayed and danced to Alade’s music playing in the background.

But an AMVCA runway show is not complete without paying tribute to the iconic styles worn by stars on the red carpet. Therefore, the stylish looks of celebrities like Ebuka Obi-Uchendu’s pristine white tuxedo suit that he wore to the awards in 2020 were replicated on the runway. The media personality who was in the audience stood and cheered the model on the runway. Other celebrities whose looks were recreated included Rita Dominic and Toni Tones.

For the main competition, Atafo walked the audience through the process of selecting the winners of the night. The models, he said, would walk the runway with tags in what he called a blind audition. Both the judges and the audience would have to choose their best designs based on the tags as the designers behind each look would be unveiled at the end of the parade. While the audience was required to scan a QR code from the stage screens which turned out to be almost impossible, the judges comprising Obi-Uchendu, Stephanie Coker, Denola Grey and Idia Aisien, were to judge the looks based on creativity, exceptionality and practicality. The aim was to see if the attires are glamorous enough to wear to the Amstel Malta sponsored-AMVCA

What followed next was an explosion of creativity on the runway. Elegant and regal ball gowns, shimmering gowns with high slits, fashionable suits with glittering embroidery, and colourful native wears dazzled on the runway.

After their showcase, the models were again returned to the runway for one last look before the designers behind each look were called out.

Although the competition was to produce a male and female winner who would take home the N5 million cash prize, three winners emerged at the end of the night.

The judges could not agree between Obinna Omeruo and Felix Asuquo in the male category. Omeruo’s designs — a colourful two-piece Agbada, and a stylish tailcoat with frills— were the audience’s favourite looks. But the judges were swooned also by Asuquo’s designs too — a stylish suit and embroidered native wear.

After two attempts to get the winner, Atafo announced that the organisers will be awarding the three winners including Sophie Chamberlain whose looks include an elegant and glittering green gown with a statement sleeve. The trio went home with N5 million each.

As the night drew to a close, urban Afro-pop group Ajebo Hustlers came to perform, but there were fewer people in the hall to cheer them on.

The AMVCA runway show was in a way a tribute to the fashion industry which plays a critical role in the awards. As noted by the Executive Head, Content and West Africa Channels, MultiChoice Nigeria, Busola Tejumola, the red carpet of AMVCA has fetched commentaries and made headlines in the past. At the last edition held in 2020, the Best Dressed Male and Best Dressed Female were introduced where Big Brother Naija 2019 winner Mercy Eke and runner-up Mike Edwards won the titles.

The organisers pushed the envelope this year to make the awards more encompassing with a series of events that celebrate every aspect of creativity. Although the fashion show had some celebrities like actress and model Osas Ighodaro, Uti Nwachukwu, and Timini Egbuson among others, the main awards taking place tomorrow, May 14 will be a glittering affair. 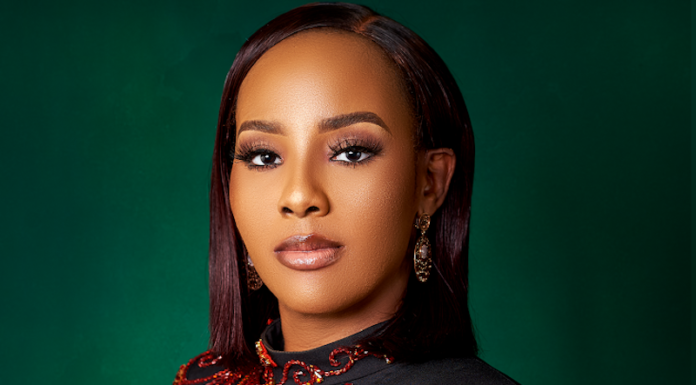