Anap Foundation led by Mr Atedo Peterside, yesterday said that a survey conducted on its behalf by NOI Polls Limited , has shown a close-run race for the Ekiti state governorship seat between two top aspirants,  Abiodun Oyebanji of the All Progressives Congress (APC) and Segun Oni of the Social Democratic Party (SDP).

Stressing that the poll indicated that the two candidates were running neck-to-neck, a statement signed by founder of the organisation, Peterside, stated that surprisingly, the People’s Democratic Party (PDP) candidate, Olabisi Kayode, was running a distant third.

However, the report noted that a whopping 33 per cent of those polled were still undecided as to their choice of candidate, but added that this proportion of voters would be critical in deciding who eventually wins the governorship election.

The survey further observed that that 93 per cent of registered voters polled have their Permanent Voter’s Cards (PVCs) with them, whilst 79 per cent of those voters claimed that they were absolutely certain that they will cast their vote in the June 18 June poll.

It added that even if the voters only partially live up to their claim, then the pointers are that voter apathy may not occur in the same magnitude  it did in the Anambra governorship elections where approximately 90 per cent of the registered voters failed to vote on election day.

Meanwhile, the foundation has announced that the Chief Executive Officer of the EBONYLIFE Group,  Mo Abudu, has become a “GoAmbassador” an organisation which advocates youth participation in the electoral process.

Anap stated that Abudu joined other distinguished citizens and celebrities in endorsing the GoNigeria advocacy campaign for effective youth participation in the country’s electoral processes as the general elections in 2023 approach.

It added that Abudu’s endorsement is coming at a time the public enlightenment campaign themed GoNigeria, an advocacy to sensitise Nigerian youths to participate in the electoral process, is gaining greater momentum in the run-up to the June 30, 2022 deadline for voter registration.

GoAmbassadors, it stated, are celebrities and outstanding people in various endeavours that include the arts, sciences, entertainment, tech professionals, performing artists, sports persons, innovators and social advocates, who have all bought into the initiative and are prepared to ,among others, help tackle voter apathy.

“ The overall aim is to encourage Nigerian youths to register and vote en-masse in the 2023 general elections. Hence, Mo Abudu’s addition to the growing  GoAmbassadors’ list is a positive development that will add great value to the works of the initiative.

“ The international media mogul and CEO of the EBONYLIFE Group can help influence the target group i.e. youths aged 18 to 34 and her involvement is expected to deepen the ongoing voter sensitisation campaign.

“This is aimed at getting the young demographic that constitutes over 80 per cent of the electorate to become politically active and further stimulate their direct involvement in the 2023 general elections, thereby helping to shape the nation’s political destiny,” Anap stated. 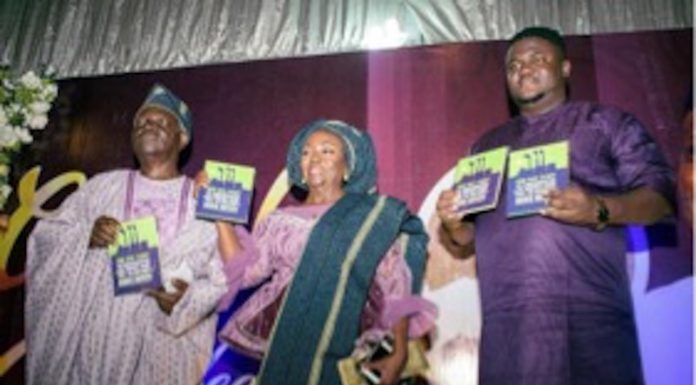