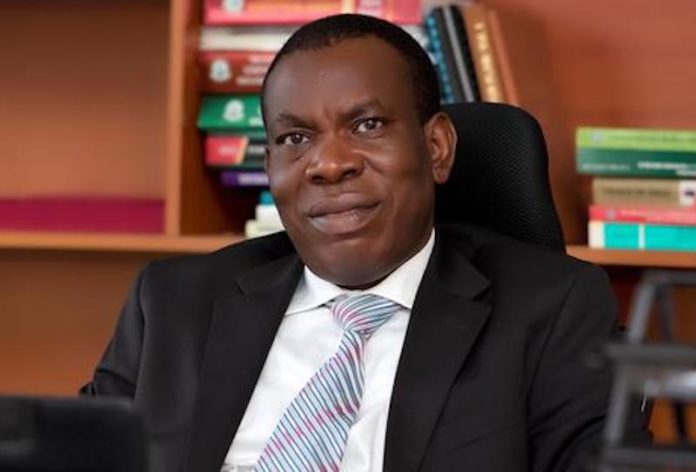 A Professor of Educational Management at the Ekiti State University (EKSU), Ado Ekiti, Isaac Ajayi yesterday said Nigeria might find it difficult to develop socially, economically and politically, with falling educational standards being experienced in the country.

Ajayi made this remark at the annual lecture organised by Olusola Bayode in honour of a late school principal and revered educationist, Chief Olusola Bayode, to sustain his legacy in education.

In his lecture titled: “Effective School Management For Sustainable Development: “Lesson from the Life of Olusola Bayode, Ajayi dissected the challenges of school management in Nigeria and urged the government to provide quality education for its citizens to enhance sustainable development.

Ajayi remarked that no nation could rise above the quality of its education, saying this could only be guaranteed through effective school management that will produce useful output for the various segments of the economy.

Ajayi described Bayode as a professional teacher of repute, who impacted positively on the lives of so many students who are now giants in various professions.

“He was a school principal with vision. As a pioneer principal of Aisegba Community Grammar School, from 1972 to 1974, he was able to make it self-sustaining in farm output. The legacies he left behind speak volumes.”

The Chairman of the occasion, Prof. Kunle Adegun from the EKSU, described Bayode as a man, who produced people that have made marks in every area of human endeavour, adding that by God’s grace he is not in oblivion but in the hearts of everybody.

“I want to say that daddy was a giant in all respects because I was close to him. He was a colossus of high repute, of high manner and of high level. I can say he was very enigmatic, a man people didn’t understand in certain places.

“At the time we were very close to him, we knew he was a well-bred person. He was resourceful. He had an interest in education and had a critical mind.”

The wife of the revered teacher and former Commissioner for Women Affairs in Ekiti State, Mrs Morohunmubo Bayode, said: “I am proud to be the wife of the late Olusola Bayode.

“The shoes he left are too big for me to use. The launching of a Foundation today to honour him makes me happy. He was a man that was so generous, even reaching out to the widows and other segments in the society.’

One of the sons of the deceased, an architect and Chairman, Board of Trustees of the Foundation, Mr Morakinyo Bayode, said the Foundation was designed around the things that were personal to his late father and the things he had passion for when he was alive.