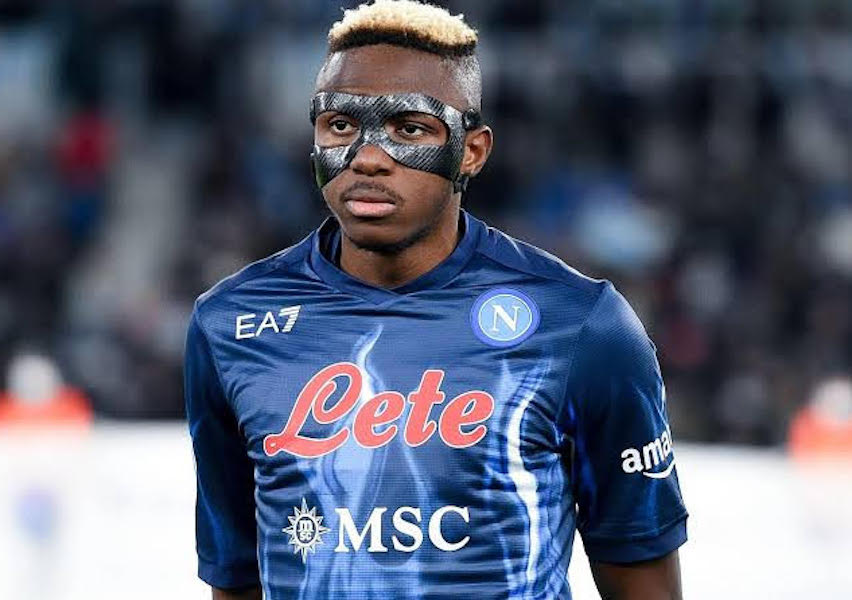 *Aiming to meet the other condition of UCL qualification

Premiership side, Arsenal are reportedly stepping up their interest to sign Super Eagles’ forward, Victor Osimhen in the coming summer transfer window.

The Nigerian forward has been inspirational to Napoli’s brilliant standing in the on-going Italian Serie A season. They were  at a time in contention for the title until they dropped out in ranking lately to the two Milan sides.

According to Italian tabloid, Gazzetta Dello Sport, Arsenal have taken ‘concrete steps’ to sign the Napoli hitman and are ready to cough out the asking price of $80million by the Naples side but the stumbling block, according to reports, is  that the London side must qualify for next season’s UEFA Champions League. This is a condition agents of the Nigerian striker insist must be met before the switch.

With Gunners aiming to sign a number of striking options this summer given that Alexandre Lacazette and Eddie Nketiah will be out of contract, Osimhen comes to mind as worthy replacement.

Speculation is however mounting that Arsenal may have agreed personal terms with Gabriel Jesus of Manchester City, prior to his four-goal heroics against Watford last Saturday.

Despite this link with Jesus, the North Londoners are not relenting making a stronger effort to bring Osimhen to the Emirates Stadium.

Mikel Arteta’s side are fourth in the Premier League table with six outings left, but they still have to visit Tottenham Hotspur – who are two points behind them – in May.

The 23-Year-old Osimhen has scored 16 goals across all competitions this season and bagged another five assists.

In fact, Serie A legend Alessandro Altobelli said on Italian television earlier this year that he feels Osimhen is even better than ‘Dusan Vlahovic’, whom Arsenal tried and failed to sign during the January window.