The Honourable Minister of Youth and Sports Development, Mr Sunday Dare, on Wednesday applauded the effort of Nigerian Breweries Plc through its Heineken brand for bringing the iconic UEFA Champions League trophy to Nigeria.

The minister, who received some of the Management team of the company and the Heineken Trophy Tour Ambassador, Clarence Seedorf, in his office at the MKO Abiola stadium, Abuja said that Heineken Trophy Tour and the brand’s consistent sponsorship of UEFA Champions League no doubt gives an average Nigerian youth to aspire and archive his set goals.

“This is the most glamorous club cup in the world and second most important after the FIFA World Cup and over the years, Nigerian youths have been following the tournament every season and when Heineken decides to bring the trophy to Nigeria, it is a good opportunity for millions of Nigerian youths to see at close range the cup great footballers in the world have lifted while playing in the tournament.

“Nigeria is a football loving nation, that has had a strong attachment to the Champions League over the years and the Tour Ambassador, Clarence Seedorf, is one of the most successful players in UEFA Champions League history, as he is the first and currently the only player to have won the UEFA Champions League Trophy with three clubs and many of our youths that are privileged to have a picture opportunity with him during his short stay will have memory of the program,” he remarked.

The Minister also tasked Nigerian youths to take advantage of the platform Heineken has provided to reach the pinnacle of their chosen careers.

He expressed optimism that Samuel Chukwueze, who is the only Nigerian youth left playing in the Champions League today, will hopefully be the next Nigerian after Finidi George, Nwankwo Kanu and John Mikel Obi to put his hands on the trophy with FC Villarreal who surprisingly eliminated former champions, Bayern Munich to reach the semi-final phase of the tournament for the first time in 16 years.

Speaking earlier while presenting the UEFA Champions League Trophy to the Minister, the Corporate Affairs Director, Nigerian Breweries Plc, Sade Morgan, said that the focal point of our visit as you are aware, is to officially present the UEFA Champions League Trophy Tour and its Ambassador, one of the greatest and most intelligent midfielders, known as ‘The Professor, ex Dutch national team player and UEFA ambassador, Clarence Seedorf alongside former Super Eagles captain Austin Okocha and Daniel Amokachi to your office,” she remarked.

The Heineken brand since 1994 has been partnering UEFA for the competition and in 2005/6 season, Nigeria began the full activation of the tournament and has consistently brought the UEFA Champions League tournament to Nigerians because of the passion attached to the most important club football competition in the world.

Heineken’s 2021/22 UEFA Champions League campaign entitled, “Cheers to All Fans”, highlights the inclusive nature of the game of football, communicating that football belongs to all passionate fans; regardless of gender, age, or tribe.

To follow the UEFA Champions League Trophy Tour presented by Heineken on social media, visit @Heinekenng and use #CheerstoAllFans. 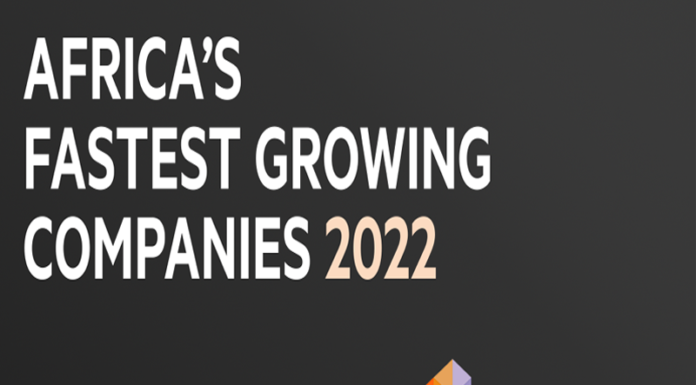 Alpha Morgan Capital Ranked Among the Fastest-growing Companies in Africa

WILL SOLUDO SEIZE THE CHANCE TO GROW APGA?