Following last Monday’s terror attack on the Kaduna-bound train, the Minister of Transportation, Mr. Rotimi Amaechi, had revealed that the incident, which led to the loss of several lives and equipment could have been averted if the government had released N3 billion for the acquisition of digital security and crime prevention equipment requested by him. Ejiofor Alike reports that the attacks by terrorists will erode the huge gains recorded by President Muhammadu Buhari’s administration in the execution of rail projects if adequate investment is not made to secure these facilities

One major achievement of the President Muhammadu Buhari-led administration is the provision of about $5 billion rail infrastructure to address the transportation challenges in the country. Since assumption of office, the president had completed three major rail projects inherited from the previous administrations.

The projects include: Abuja Metro Rail, the $1.2billion Abuja-Kaduna Rail, and the 327km Itakpe-Ajaokuta-Warri Rail.

The military government started the Itakpe-Ajaokuta-Warri Rail since 1987 and it took the commitment of the present administration to revive it with $200 million and complete it in 2020.

The federal government is also vigorously implementing the $2billion 156km Lagos-Ibadan Standard Gauge Railway with an extension to Lagos Port. President Buhari had in June 2021 inaugurated the facility with the line  currently in operation, while work is still ongoing in a section of it.

Built by the China Civil Engineering Construction Corporation (CCECC) at a cost of $1.5 billion, the double-track standard gauge has 10 sub-stations between Lagos and Ibadan.

This administration had earlier in February 2021 held the ground-breaking ceremony for the $2billion internationally-funded rail line connecting Northern Nigeria to the neighbouring Niger Republic.

Also the government had in March 2021 performed the ground-breaking for the $3billion railway project that would link Eastern Nigeria from Port Harcourt to Maiduguri. This Eastern Narrow Gauge Railway project has a construction time of 36 months and is estimated at about 1,000 kilometres. Nigerian government is obligated to pay only 15 per cent counterpart funding. The success recorded by this administration in the rail sector had made the Minister of Information and Culture, Mr. Lai Mohammed to declare last Monday that Nigerians can travel safely by rail.

Addressing journalists in Abuja, Mohammed reportedly said: “We are proud that in our time, Nigerians are once again able to travel by rail, this time in total comfort and safety.”

“Lagos-Ibadan, Abuja-Kaduna, Warri-Itakpe-Ajaokuta and Abuja Metroline are shining examples of our rail revolution. And we are just getting started. We have the rehabilitation of the Port Harcourt-Maiduguri Eastern Narrow Gauge Railway project that cuts through Rivers, Imo, Anambra, Benue, Enugu, Ebonyi, Gombe, Yobe, Adamawa and Borno states, and the Bonny Deep Sea and Railway Industrial Park.

“We have the Kano-Maradi standard gauge line that passes through some economic hubs of the country, including Kazaure, Daura, Katsina and up to the border town of Jibiya and the city of Maradi in Niger Republic,” the minister had further explained. However, the huge investments being made in the rail sector are being destroyed by terrorists and vandals, who have been destroying rail lines and trains and stealing rail slippers.

For instance, in October 2021, the Nasarawa State command of the Nigeria Security and Civil Defence Corps (NSCDC) intercepted a heavy-duty truck, which was conveying no fewer than 970 railway slippers to an unknown destination. The high incidents of vandalism of rail infrastructure had made the Minister of Transportation, Mr. Rotimi Amaechi, to call for manslaughter charge against anyone caught vandalising railway facilities. Terrorists have also subjected rail lines, trains and passengers to persisted attacks, threatening to erode the gains recorded in the sector.

Barely six hours after the information minister celebrated this administration’s achievements in the rail sector, dare-devil terrorists attacked Abuja-Kaduna train, killed scores of passengers and abducted several others. It was feared that as many as 200 passengers might have been kidnapped during Monday’s raid on the Kaduna-bound train. Amaechi confirmed that eight passengers were killed in the attack, 26 injured, while several others were unaccounted for. With no adequate security to protect the rail infrastructure and passengers, Monday’s incident was not the first attack on rail facilities. It was, however, the first major attack.

The most unfortunate angle to the incident was the revelation by Amaechi that a N3 billion investment on security facilities could have averted the tragedy that led to loss of several lives and over N3 billion worth of equipment.

Briefing journalists after visiting the scene of the attack on Tuesday, Amaechi disclosed that he had warned about possible attacks on the rail line and tracks that could lead to loss of lives and property before the incident. The minister noted that he had requested for necessary digital security and crime prevention equipment that could forestall such disaster, but his request was not approved.

He expressed dissatisfaction with the incident, which he claimed, could have been averted with relevant digital security equipment in place.

“We knew what the problem would be. We knew we needed to have digital security equipment. We applied for it because if we had those equipment, you will see nobody on that track. And I warned that lives will be lost. Now, lives are lost -eight persons dead, 25 persons in the hospital.

“We don’t know how many persons have been kidnapped. And the cost of that equipment is just N3 billion. The cost of what we have lost is more than N3 billion.

“We have lost tracks; we have lost locomotives and coaches. We have lost human beings. And the equipment is just N3 billion. To fix all the things on that track now, will cost us more than N3 billion. And now even the things we said give us approval to buy – at the time we asked for it, dollar was N400, now it is N500. When you come with sincerity to government and your colleagues and people are stopping you, it is annoying,” the minister lamented.

It is very unfortunate that Nigeria lost such number of lives and over N3 billion worth of equipment because of the federal government’s failure to secure the rail infrastructure with N3 billion security facilities. Though President Buhari has directed the immediate conclusion of all the processes for the implementation of the integrated security surveillance and monitoring solution for the Abuja-Kaduna and Lagos-Ibadan railway lines, must the federal government always wait for lives to be lost before taking deliberate steps to secure lives and property?

Amaechi is one of the few performing ministers in President Buhari’s cabinet but his revelation was a serious indictment of the government.

With the increasing state of insecurity across the country, the Nigerian government should match the huge gains it made in building rail infrastructure with adequate investments to secure the vulnerable facilities and passengers. 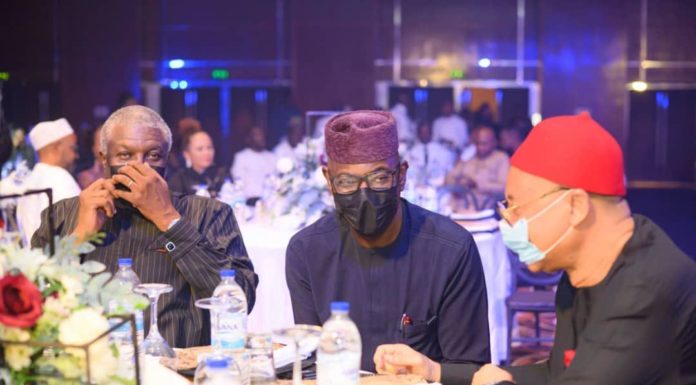