Defend Yourselves against Attackers, Adeboye Tells Followers 2 hours ago

2023: On What Record is APC Positioning to Return? 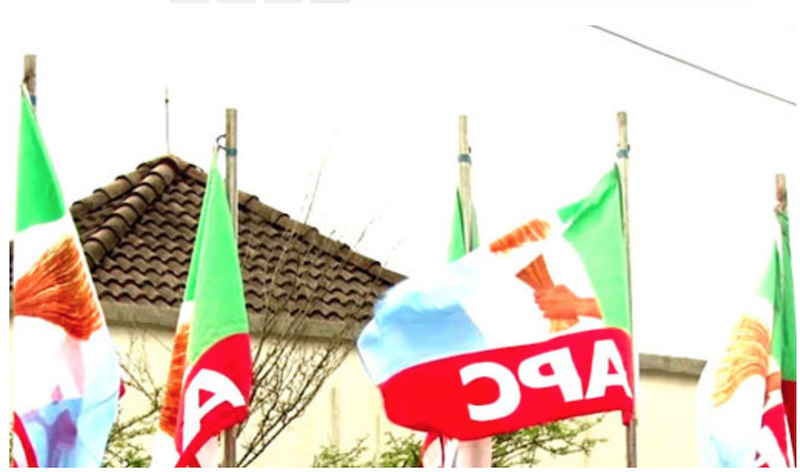 A defining feature of the present President Muhammadu Buhari’s administration is its proclivity for telling lies. Oftentimes, very straightforward and overtly obvious issues are twisted, turned into propaganda and a spin is introduced to hoodwink ‘gullible’ Nigerians.

The reason for this is not far-fetched. In the 2015 presidential elections, the party propaganda machinery of the All Progressives Congress (APC) headed by Lai Mohammed, utilized a combination of half-truths, misinformation, and subterfuge to demonize then President Goodluck Jonathan as clueless and corrupt and to convince Nigerians that Buhari was the messiah Nigeria needed to solve all of its problems.

Recall that, at the time Boko Haram was buffeting the northeast with Improvised Explosive Devices (IEDs), suicide bombers, and launching consistent attacks on churches, it was Mohammed who came out to deceive Nigerians with the news that the sect had ‘technically been defeated’. Shortly afterward, an unprecedented number of students and people from Chibok and several other communities were abducted and a majority of them are still unaccounted for to this day.

Last Monday, barely 12 hours after he boastfully claimed that the administration had secured the whole of the country making it easier for Nigerians to travel safely to any part of the country without fear of terror attacks, the terrorists struck along the Kaduna – Abuja railway, blew up the rail track, shot several passengers, kidnapped scores of others and killing no fewer than eight persons in their wake. At this moment, out of the 970 persons reported to be on board the train when they struck, several persons are yet to be accounted for because they have been kidnapped by the terrorists for ransom.

The rail attack this week would be the third in a series of coordinated attacks initiated by the terrorists to announce that they are confidently in charge. They first attacked Kaduna International Airport killing a Federal Airport Authority of Nigeria (FAAN) staff and holding up an Azman Airline with its passengers billed for Abuja for several hours on the tarmac before they were dislodged by security forces.

Not done yet, a few hours later, they proceeded to commandeer the Abuja – Kaduna expressway blocking it effectively to prevent movement and facilitate the kidnapping of victims for ransom. In the end, neither the roads, rail nor airports in Nigeria are safe today. A confirmation of this is the latest resolve by Azman and Airpeace Airlines to stop flights into Kaduna airport. It is also evident in passenger traffic at rail terminus, airports, and road transportation. The Nigerian Railway Corporation (NRC) has already announced the suspension of rail travel to Kaduna from Abuja.

However, a week before this unfolding drama, and after several months of uncertainty occasioned by the internal wranglings in the ruling All Progressives Congress (APC), the party finally conducted its convention where a new National Working Committee (NWC) was elected by consensus.

Addressing the newly inaugurated National Working Committee (NWC) members, the President enjoined NWC members to work toward reenacting its 2015, 2019 victories in 2023. He said the success of the convention was a good sign, signposting its victory in 2023. He blamed the opposition for stirring up agitations and striving to discredit the good works of the APC.

Hear him:  “The APC convention hosted this weekend sets the scene for an APC victory in the presidential and general elections next year. It is a victory over naysayers, who believed the party was divided but are now disappointed.

“We believe that it is equally a victory for the president who has ensured unity across all party positions; and it is a victory for the voters of Nigeria, who can now be assured of a smooth succession to new leadership in 2023.

“What the convention made clear was how the media has been peddling fake news of division, when the hard reality of unity, cohesion, and, indeed, personal warmth between members of the party’s leaders – incoming and outgoing – was evident for all to see.

“Of course, the blame for this mindset ought rightly to go to the opposition, who in all these years had done the work to only divide the country, leading to all manner of separatist agitations. But this is not the wish, nor is it in the character of the citizens, as was clear for everyone to see at Eagle Square”, he said.

In all this, it would appear the President is oblivious to what Nigerians are currently passing through. If not for anything else, the President’s primary preoccupation is how to retain power without sparing a thought on how he has fared with the mandate he was given about seven years ago.

So since the President has run his full two-term tenure and is set to exit in 2023, on what record is the APC

running on and hoping to retain power in 2023? By their own self-admission, the current insecurity bedeviling the country is self-inflicted if statements credited to Kaduna State governor, Mallam Nasir el Rufai and Minister of Transportation Rotimi Amaechi, both key players in the party and administration.

In separate interviews, Amaechi said he had forewarned of this attack, pointing out that his request for the fortification of the rail track was bogged down by bureaucracy. The minister speaking shortly after the Monday attack said he had requested digital security apparatus to forestall such an incident. He pointed out that the equipment would have eliminated all blind spots on the train corridors across Nigeria adding that his request was never approved by the Federal Executive Council(FEC).

According to Amaechi, “We knew what the problem will be. We knew we needed to have digital security equipment. We told the country that is what we needed. We applied for it. If we had that equipment, you will see nobody on that track for Christ’s sake. The cost of what we have lost is more than N3billion.”

The most damning account which exemplified the administration’s complicity in the ongoing drama came from the governor of Kaduna state. A frontline critic of the former administration, it was the same El Rufai who professed to have answers to the country’s insecurity problems assuring that, with Buhari, a retired general, insecurity would be a thing of the past shortly after assuming office.

It is rather ironic that even his own state has become a hotbed of violence and killing fields where the people of Southern Kaduna have pointedly accused him of complicity in what they termed ethnic cleansing by his Fulani kinsmen who are on territorial expansion seeking to completely wipe off and take over their land.

On the recent railway attack, the governor acknowledged that “We know where their camps are. We know their camps, we have the maps; we know everything. We have their phone numbers and listen to their conversation sometimes. But it has to be done across the five states.

“We know what they (terrorists) are planning. We get the reports. The problem is for the agencies to take action. Don’t wait until they attack before you respond. The Army should go after their enclaves to wipe them out. Let the Air Force bomb them,” he said.

His arch-rival and former lawmaker, Senator Shehu Sani accused the Buhari regime of wanting to eat its cake and have it. He said the same people who were relentless in criticizing the outgone administration do no longer want to be criticized for their apparent failure to run the country effectively, adding that “They criticized and cursed the past administration for failing to tackle insecurity; now they don’t want to be criticized and cursed for the same failure.”

To underscore what many believe is the present administration’s complicity in the current scourge of insecurity menacing the country, National Publicity Secretary of the opposition Peoples Democratic Party (PDP), Debo Ologunagba said it appears that its complicity is the reason why the APC administration has refused to adequately seek or accept assistance from foreign nations, even when offered, to track and plug sources of funding for terrorism in our country.

He recalled “Nigerians can recall how ahead of the 2019 elections, Governor el-Rufai declared that “those that are calling for anyone to come and intervene in Nigeria, we are waiting for the persons that will come and intervene, they will go back in body bags”. The question to ask is, who were those that el-Rufai had in mind will implement his body bag threat?”

Now is it that the APC and Buhari are hoping Nigerians who are currently at the receiving end of an administration that could not manage to sustain what it inherited from the outgone administration but succeeded in destroying almost all the building blocks set by the previous administrations would hoodwink them to retain power in 2023?

With just a year to exit the office, Buhari’s scorecard is negative. From 4000MW/5000MW in 2015, today, the national grid can only boost less than 2000 MW of electricity throwing the whole country in darkness. Yet, with billions of naira and dollars gone down the drain, all Nigerians hear are excuses. Is it the value of the naira that has depreciated from N166 to $ in 2015 to N580 today? Petrol sold for less than N100, today, it is N167 per litre, yet no petrol to buy.

What about diesel and kerosene? From N300, diesel which has become the last resort for heavy energy users suddenly skyrocketed to N800 per liter forcing businesses to close down. Families that depend on kerosene for cooking are the worst hit because kerosene is now out of their reach selling for almost N1000 per litre. Recently, the Airline Operators of Nigeria (AON) warned that the unavailability of aviation fuel and its skyrocketing cost would force them to shut down.

So where are we heading in this country? What exactly has Buhari changed in this country other than reversing the positive gains he met on the ground? Is this the same party that wants to be returned in 2023? The Nigerian voters hold the aces.