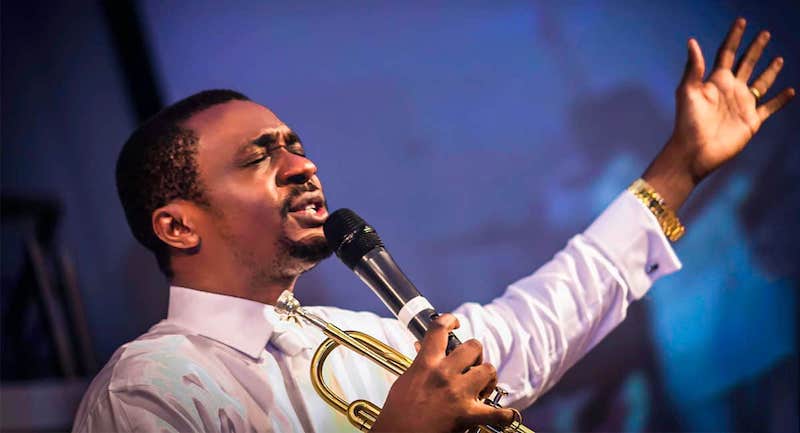 A popular gospel artiste, Nathaniel Bassey, has been named alongside other discussants expected to speak at a three-day Reinvent Conference scheduled to hold between March 29 and 31.

This was contained in a statement the Convener, Pastor Chris Ugoh issued yesterday.

According to the statement, the Reinvent conference is a gathering of Leaders seeking to retool, repurpose and reestablish their relevance in a world so dynamic, it takes staying on the cutting edge of information and all your abilities to succeed.

It said: “Following the COVID-19, Nations at war, political unrest, fast-paced technology to changing relationship etiquette, the world doesn’t stay still, the changes are quick, unplanned, unforeseen and make demands on you as an individual, and as a leader.

“So, in response to these changing realities, Pastor Chris Ugoh of the King’s Assembly Port Harcourt convened the first-ever Reinvent Conference in March 2020.

“The conference has grown into a widely attended annual event, reaching over 100,000 people in views in the past two years and has been increasingly acclaimed as the most relevant leader’s conference in the south.”

“This year’s conference is set to be a feast of information, wholesome teaching, music, and a time of equipping for the most impactful life and leadership.

The Turkish Nizamiye Hospital in Abuja has said its Open Heart Surgery Clinic has successfully carried out 60 open heart surgeries since its inception in 2017.

This was contained in a statement signed by Mohammed Abubakar, the hospital’s Public Relations Officer.

He said: “The Turkish Nizamiye Hospital celebrates the success of its Open Heart Surgery Clinic since inception in 2017 that saw it performed 60 open heart surgeries that consist of 45 coronary bypass and 15 aortic valve replacement surgeries.”

“We are proud of our modest achievements and pledge to continue to render quality services to Nigeria. We took the bold step to invest in a world-class medical facility in Nigeria to reduce the number of monies spent on medical tourism,” he said.

“The Open Heart Surgery Team of the Nizamiye hospital can boast of some of the best hands in cardiovascular surgeries. Ours is a combination of expertise, experience and the fact that the team is resident in Nigeria within the hospital premises and operate on a 24/7 basis.”

Abubakar added that there is no need for Nigerians to travel abroad for medical treatment when in most cases, some of the illnesses can be treated in Nigeria.

“We have some outstanding hospitals in Nigeria that can handle most of the medical cases Nigerians travel abroad. The Nizamiye Hospital boasts of a functional Cathlab, an MRI machine, a CT scan machine and other advanced medical equipment. We also operate 24 hours, seven days a week emergency clinic. “

Also, looking at the issues of open-heart surgery, the aftermath of the surgery is as important as the surgery itself. So why travel the long distance when you can do all of that in Nigeria,” he said.

“We made sure to bring the medical standards of Europe and America to Nigeria, and this standard we have strived to maintain over time given the fact that it is estimated that Nigeria spends an enormous amount of monies annually on medical tourism. Aside from the Open heart surgery clinic, we also specialize in ENT, Interventional Cardiology, rheumatology, joint arthroscopic, laparoscopic surgery, pulmonology, and gastroenterology, amongst many others.

The Nizamiye Hospital was inaugurated in 2014 with a mandate to render quality medical services to Nigerians.

Iyiegbu, popularly known as Obi Cubana, disclosed this during a media chat in Lagos, where he also said about N20 billion would be invested in the company within the next two years.

According to him, the company will also create tens of thousands of indirect jobs through local sourcing of raw materials, haulage and packaging.

“The project is funded by Fidelity Bank Plc. For the first phase, N2 billion was approved. But we are looking at injecting additional N20 billion into the business within the next 24 months,” Oyiegbu said.

Oyiegbu, who has already made a name in the hospitality industry and real estate, said he decided to go into bitters production to bridge the gap in the industry.

“We deploy high quality technology to blend it and we have even added some other ingredients such as honey and ginger to improve its quality, yet the price is at par with others in the market,” Oyiegbu said.

Speaking on the impact of the new product on the economy, Oyiegbu said the new product would add to the country’s Gross Domestic Product (GDP) and also generate foreign exchange.

“Our marketing strategy is such that Odogwu Bitters will be sold in major countries of the world. Already, we are making plans to sell it in the USA, United Kingdom, South Africa and other countries. I assure you, white people will take Odogwu.

And that means foreign exchange earnings for the country. So, apart from creating employment opportunities locally and empowering critical sectors of the economy, we will also generate forex for the country,” Oyiegbu said.

He said with the acceptance rate of the product, plans were on to increase production capacity to meet demand.

“The current capacity of our factory is 200,000 cartons a month. Our first production was 100,000 cartons. But to my amazement, these were exhausted in less than 48 hours. So, we have already started making plans to increase our production capacity.

“We are looking at doing one million cartons in a month. That means increasing our current capacity five times. Now, we have about 300 employees. By the time our new factory comes on stream, we will have no fewer than 5,000 employees,” Oyiegbu said.