Sugar Revolution: The Journey So Far 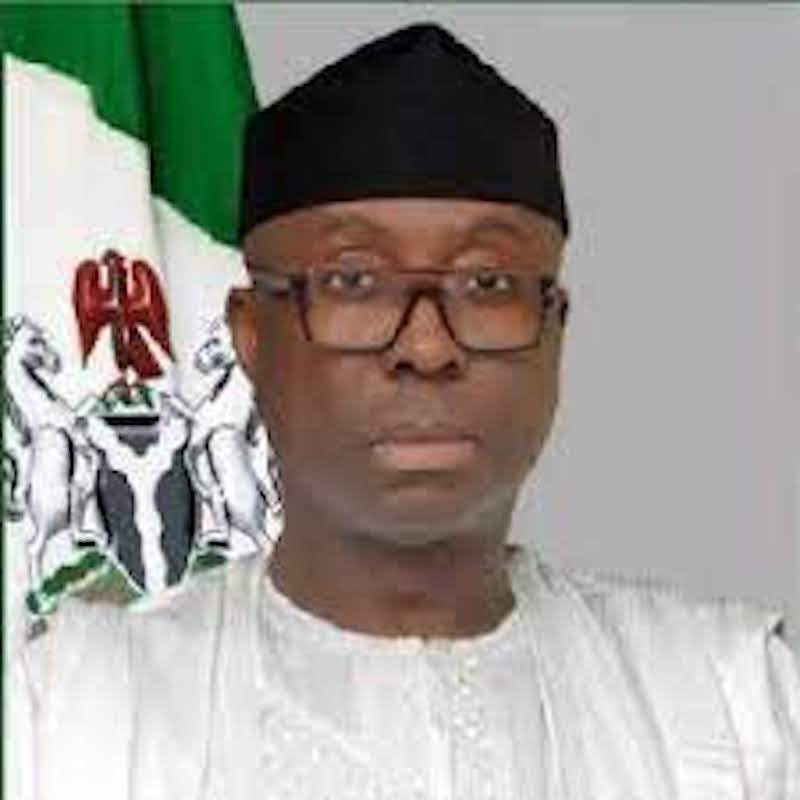 Dike Onwuamaeze enumerates efforts put in place by the Minister of Industry, Trade and Investment, Mr. Niyi Adebayo, to enable Nigeria to attain self-sufficiency in sugar production by growing the required local capacity to meet the demand for sugar, create large number of jobs for Nigerians and stem the tide of unbridled importation of sugar and its by-products.

The Minister of Industry, Trade and Investment, Mr. Niyi Adebayo, probably had one goal in mind when he switched on the microphone to address a State House press conference on March 17, 2022. The goal was to give Nigeria’s account on its quest to attain self-sufficiency in sugar production, which is still a journey in progress, through the implementation of the country’s National Sugar Master Plan (NSMP) and the Backward Integration Program (BIP) that it birthed. The plan is a tool in the hand of the federal government to accelerate domestic manufacturing of sugar to meet the country’s food requirements and provide raw material inputs for the manufacturing sector?

Adebayo said in his introductory remarks that “I am glad to be here this morning to brief you on our vision for Nigeria’s Sugar Industry and the milestones recorded so far on the Presidential Sugar Backward Integration Program (BIP).

“As you may be aware, this is a key sector that has received the required attention by this administration in order to fully realise its economic development and growth potentials, which I will speak to greater details shortly.”

Words, said a literary critic, could be so slippery especially in the mouth of a politician. But that was none of his intentions. Speaking with candour as a public servant who wanted to be trusted and believed, the minister bared the facts on the current status of the country’s bid to attain self-sufficiency in sugar manufacturing by providing the statistics. The statistics showed that the annual demand for sugar in Nigeria in 2021 was estimated at 1.75 million metric tonne (mMT). The annual quota allocation as approved by President Buhari for the sugar BIP operators was also 1.7mMT. However, the country installed refining capacity for sugar is projected at 3.0 mMT.

The statistics further revealed that the country still import 1.7million tonnes of raw sugar to feed the refineries at $700 million, which he described as, “the largest import bill for sugar in Sub-Sahara Africa largely because of the size of the Nigerian economy and its population.”

Adebayo identified “the cane production phase of the sugar value chain as the most capital intensive due to the cost of infrastructure and land development. The industry therefore requires the right type of investors with adequate capital and cash flows to make and sustain the investment.”

He said that the primary objective of the NSMP is to enable Nigeria to attain self-sufficiency in sugar production by growing the required local capacity to meet the demand for sugar, create large number of jobs for Nigerians and stem the tide of unbridled importation of sugar and its by-products.

He explained that the Buhari’s administration is interested in sugar because the benefits of a thriving sugar industry aligned with the federal government’s development priorities.

He said: “Sugar’s main importance in an economy stems from the ability of the sector to generate jobs in hundreds of thousands due to the vast expanse of land that needs to be cultivated and the sheer amount of sugar cane that needs to be planted and harvested. This aligns perfectly with our need to create a significantly high number of jobs to address our unemployment challenges.

“Creating a strong linkage between agriculture and industry is a sure way of bringing about inclusive and sustainable growth by improving value added, creating wealth for farming communities and enabling the roll-out of infrastructure around farming communities. Sugar provides this opportunity by enabling increased yield and output via out-grower schemes and providing higher paying buyers for sugar cane.”

The minister also noted that the significance of sugar to the Nigerian economy could not be over emphasised. For instance, it is a key input in the manufacture of food and beverages and pharmaceutical products. It is also a source of ethanol, a renewable fuel which could be used to contribute to the reduction of carbon emissions and improve air quality. It would also enable the country to fulfill its commitment to reduce carbon emissions at the recently concluded United Nations Framework Convention on Climate Change (UNFCCC)COP26 where President Muhammadu Buhari made a specific commitment that Nigeria will cut its carbon emission to net-zero by 2060.

Moreover, the availability and access to the pharmaceutical and beverage companies affect the nation’s security; therefore, the growth of Nigeria’s sugar sector greatly reduces vulnerability to external shocks and our nation’s security as a whole.

“Lastly, Bagasse is the pulpy residue that is left over after juice is extracted from sugarcane. It was traditionally used to produce heat and electricity in sugar mills but we are seeing the extension of its use in national grids as a substitute for less efficient energy sources. For us in Nigeria, this is especially important as bagasse can be a source of electricity for the surrounding communities of sugar processing plants,” minister said.

Adebayo spent some time during the press briefing to look back at key milestones in the evolution of Nigeria’s sugar sector in order to shed light on the issues that the sector has faced and how government has intervened in the sector over the years.

It all began in 1961 when the federal government established the Nigerian Sugar Company, Bacita, with an installed capacity of 40,000MT. In 1974, local consumption of sugar rose to 45,000 tonnes while sugar production from NSC Bacita reached 35,000MT per annum.

A major development occurred in 1981 when the government established the Savannah Sugar Company Limited (SSCL), Numan, with an installed capacity of 50,000MT. By this time the domestic consumption of sugar has risen to 450,000 MT per annum.

However, the SSCL Numan and NSC Bacita were privatized in 2003 and 2004. The privatisation could not improve their productivity, which actually declined to 12,000MT while demand grew to 1.5mMT.

However, by 2012, it became clear that a special intervention was needed to motivate not just private sector participation, but also to attract the huge investments that were required in the sector. This birthed the Nigerian Sugar Master Plan in 2012, which was reviewed by the Nigerian Sugar Development Commission in 2017 to evaluate its implementation. This was followed in 2020 with the revision of its Performance Management Framework to improve performance.

The NSMP contained fiscal and investment incentives designed to stimulate demand and attract new investors to the industry. It also has specified roles for the public and private sectors. The government was charged with the provision of conducive policy environment, which included the provisionof fiscal incentives and public infrastructure while the private sector was expected to mobilise investment capital and technical expertise to produce and process sugar cane.

The NSMP was also envisioned to create 110,000 jobs, eliminate the annual import of more than $700million in foreign exchange for the importation of raw sugar.

Adebayo stated that the following implementation strategies were adopted to achieve the set targets and deliverables of the NSMP. They include the mandatory BIP for beneficiaries of the fiscal incentives; annual sugar import quota administration to manage performance; protective tariff regime to stimulate demand; support to out growers to promote inclusiveness and sustainability and a two-stage monitoring and evaluation framework to promote transparency and accountability for outcomes. It also has a window to support greenfield projects, which did not benefit from the fiscal incentives

Adebayo affirmed that the NSMP has succeeded in attracting notable private sector investments from the Dangote Group, the Flour Mills of Nigeria Plc; the BUA Sugar Company and the Nigeria Sugar Company, Bacita, Kwara State, that was recently acquired by the KIA Group.

He, however, observed that backward integration of high-value commodities through agro-processing would requires a whole-of-government approach to provide the enabling environment necessary to address the challenges which arise.

“This is why a key element of the governance framework of the NSMP is the Sugar Industry Roadmap Implementation Committee, a multi-agency body which monitors the implementation of the NSMP and facilitates the removal of bottlenecks.

“We are also most grateful for the continued intervention and direction which this program is privileged to receive from Mr. President that has resulted in the resolution of key issues hindering its performance.

“However, challenges remain. The cost of sugar cane production is relatively higher in Nigeria due to the absence of infrastructure in the sites and as such the investors have to bear the cost of deploying roads, dykes, airstrips, water sources, etc.

“They are also challenged by their inability to access foreign exchange required for the importation of machinery and equipment which causes delays in procurement of machinery required in the Sugar Estates.

“There is also delay in clearing the machinery and equipment when imported. These delays significantly disrupt the installation timelines of the equipment.

“A major challenge to land development is difficulty in taking possession of land acquired and paid for due to insecurity, illegal occupation of acquired land, recurring community hostility and unending demands for compensation,” Adebayo said.

He, however, said that The Federal Ministry of Industry, Trade and Investment is committed to Mr President’s mandate of lifting 100 million Nigerians out of poverty and creating a large number of jobs, especially for our youth through the dogged implementation of various economic growth initiatives such as the NSMP.

Adebayo, therefore, called “on all Nigerians to join in bringing this vision to life.”