Olu of Warri’s First Anniversary Kicks Off with Praise, Worship 36 mins ago

FBNH: A Last-ditch Effort to Avert a Divided House 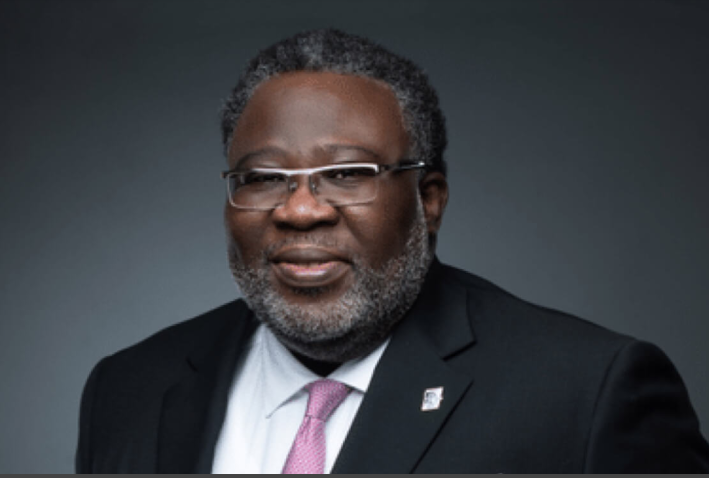 Last week’s transfer of the former Company Secretary of the First Bank Holding (FBNH), Mr. Seye Kosoko, to the commercial banking subsidiary, has been described as a last-ditch effort to avert a division on the board of the bank given the role he played in the run-up to the emergence of Mr. Femi Otedola as a shareholder with the highest stake in the holding company, reports Festus Akanbi

First Bank Nigeria Holding (FBNH) Plc was in the news again last week when the holdco announced the replacement of its former company secretary, Mr. Seye Kosoko with his former deputy, Mr. Adewale Arogundade on March 7, 2022, in an acting capacity.

According to a statement signed by the chairman of the board of directors, FBN Holdings Ahmad Abdullahi, which was published on the website of the Nigerian Exchange, Kosoko has now been transferred to First Bank to support its public sector activities. The notice reads: “In accordance with Nigerian Exchange Limited’s (NGX) Rule Book, the Board of Directors of FBN Holdings Plc wishes to notify the NGX and the investing public that Mr. Adewale Arogundade, Assistant Company Secretary, FBN Holdings Plc, will assume the role of Acting Company Secretary effective March 7, 2022. This is following the transfer of the erstwhile Company Secretary, Mr. Seye Kosoko to our Commercial Banking Subsidiary, First Bank of Nigeria Limited to support and further strengthen our Public-Sector Business in line with our Talent Management Framework.”

It could be recalled that a number of board appointments have taken place to coincide with the emergence of billionaire businessman and Chairman, Geregu Power Plc, Mr. Femi Otedola as the foremost shareholder of the Top Tier 1 bank.

A Season of Gaffes

However, the redeployment of the Kosoko has continued to draw some reactions, with some observers insinuating that the removal of the former company secretary from his position was a punitive measure for his alleged indiscretion during the struggle for the highest stake in the Holdco’s shareholding.

As the struggle for the majority equity stake in First Bank Holdings, blew into the open, in the last quarter of 2021, it was on record that Kosoko first denied knowledge of the massive acquisition of the shares by Otedola, claiming that the bank had not received any such notification of a significant holding by Otedola from the authorities as is typically the case.

However, in a follow-up communication to the Nigerian Exchange Limited, Kosoko confirmed that it had received notification from APT Securities and Funds Limited that; “Mr. Otedola Olufemi Peter and his nominee, Calvados Global Services Limited have acquired a total of 1,818, 551,625 units of shares from the company’s issued share capital of 35,895,292791.

One of the most controversial press releases signed by Mr. Kosoko claimed that Mr. Tunde Hassan-Odukale of Leadway Assurance was the single largest shareholder of the bank.

The letter triggered a query from the Nigerian Exchange requesting that the bank clarify the statement. Kosoko signed the response to the query, explaining how they arrived at the shareholdings of the bank.

Some analysts that spoke with our correspondents alleged that his transfer from the board may be connected to his handling of the controversy that trailed the competition among the powerful shareholders of the bank.

A letter dated October 18, 2021, which was widely circulated on some social media platforms suggested a group of related parties, and Mr. Tunde Hassan-Odukale the current Chairman of First Bank Nigeria Ltd owned about 5.36% of FBNH.

In the letter titled “Notification of 5% Shareholdings in FBN Holdings Plc,” signed by Kosoko and addressed to the Registrar General Corporate Affairs Commission, he listed entities related to Mr. Odukale which when combined, gives his group 5.36% ownership of the HoldCo.

The letter stated that “in accordance with the provision of section 119 (2) of CAMA 2020, we hereby notify the commission that the cumulative equity stake of the referenced shareholder in the company is now above the 5% threshold at 5.36%.” The letter listed all the entities as “Leadway Assurance FBN Shares Purchase Update Breakdown of Ownership” suggesting that they are owned by one and the same person.

The list of companies included in the letter as related parties to Mr. Odukale shows Leadway Pensure PFA, a registered Pension Fund Administrator with a shareholding of 375, 194, 599 units or 1.05% ownership. There were eight other entities including Leadway Assurance and related associate companies with a combined 3.46%.

Pencom, however, clarified that PFAs hold investments in trust on behalf of Retirement Savings Account Holders, pointing out that such shares cannot be deemed part of the holdings of a group related to Mr. Odukale. Without Leadway Pensure PFA, the total shares purportedly related to Mr. Odukale, therefore, came down to 4.16% as detailed in the letter.

Kosoko’s controversial claim that Hassan-Odukale of Leadway Assurance was the single largest shareholder of the bank prompted the authorities of the Nigerian Exchange to request further clarifications from the bank. It could be recalled that it was also Kosoko that eventually signed the response to the query, explaining how they arrived at the shareholdings of the bank.

The NGX authority had written the group, demanding explanations on why the shareholdings of Mr. Hassan-Odukale and his related parties were in two parts of 4.16 per cent and 1.20 per cent respectively.

It also requested FBN Holdings to clarify the rationale behind factoring in an equity stake of 1.05 per cent belonging to Leadway Pensure PFA in the 1.20 per cent.

Analysts described the transfer of the former company secretary as a means of averting further controversies, especially with the regulators. “By issuing statements that earned his organisation a query from the regulators, Kosoko was exposing the holdco to an avoidable crisis which cannot be taken lightly by the board,” a bank director said.

The development is also seen as a sign of what to come under a board and management that is determined to make its staff accountable for their actions.

According to an investment analyst, Mr. Lawrence Igbokwe, Kosoko ought to have realised that it would not be business as usual with the emergence of Otedola as the single largest shareholder of the company.

“It was obvious that the former company secretary had taken a side and since his “candidate” has lost out in the power play, the most reasonable thing to do was to move away from the board,” the analyst said.

He added that given his flawed arguments in favour of the Hassan-Oyekales, which later backfired with the intervention of Pencom, which invalidated Kosoko’s claims, going further, his action on the board would be treated with suspicion by the current board which is said to be favourably disposed to the position of Otedola as the single largest shareholder of the holding company although Otedola had clarified that he did not acquire the bank’s shares because he wanted to be chairman of the bank.

“I am simply an investor who saw an opportunity in the financial institution and decided to take advantage of it through the investment I have made. My interest, contrary to speculations is not to become chairman of the bank or its Holdco. Moreover, I am in semi-retirement,” he explained,” he said.