THE CASE FOR NIGERIAN WOMEN 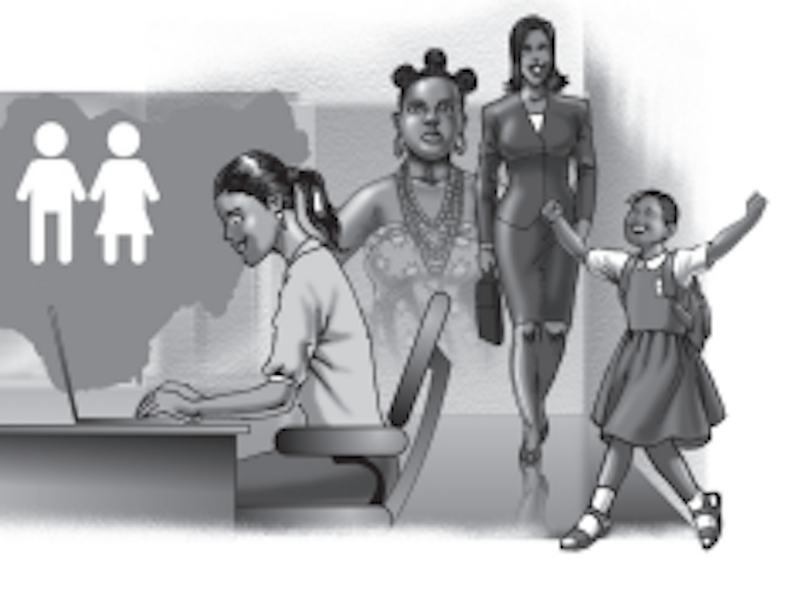 As Nigeria joins the rest of the world to mark the 2022 International Women’s Day, we must celebrate the social, economic, cultural, and political achievements of our mothers, sisters, and daughters. With the theme, ‘Gender equality today for a sustainable tomorrow’, there can be no better time than now to begin addressing all the impediments that are placed against Nigerian women. Given recent developments, we must join the efforts of our women as they continue to fight all forms of discrimination that continue to keep them and our country down.

Last Tuesday, the National Assembly voted on 68 bills in the proposed amendments to the 1999 Constitution. Five of these bills were aimed at promoting gender balance in all aspects of our national life. That none sailed through speaks to how women are being increasingly discriminated against in Nigeria. One of the rejected bills sought to grant citizenship to foreign-born husbands of Nigerian women in the same way automatic citizenship is conferred on foreign-born women married to Nigerian men. Another bill which sought to address the problems of discrimination women face when married to men from states other than theirs was also thrown out.

However, beyond periodic rejection of legislations that promote gender equality by the National Assembly, there are also clear and definite constitutional provisions that entrench the rights of women that are being observed in the breach. Unfortunately, reminding some Nigerian men of these fundamental guarantees seems futile while the people expected to defend or promote those rights hardly care. Yet, if we must include our women in the governing process, dealing with these issues is very important.

Critical stakeholders in Nigeria must come to terms with the fact that our women and girls deserve a better deal. They have proved wrong the erroneous notion imposed by patriarchy that women are inferior to men. While gender equality is not just a human rights issue, it is essential for the achievement of sustainable development and a peaceful, prosperous society. Circumscribing access to opportunities that ultimately empowers women who make up about 50 per cent of the Nigerian population is counterproductive for the development of our society.

Meanwhile, for change to happen, it would take collective global action. That women are underrepresented, according to a recent UN Secretary General’s recent report, is reflected in the fact that women head government only in 22 countries while only 24.9 per cent of national parliamentarians are women. The glass ceiling, according to the United Nations Development Programme (UNDP), “is perhaps most apparent for women in areas that challenge ‘hard power’. In politics, men and women vote at similar rates, but less than one quarter of parliamentary seats globally are held by women. This isn’t just a gender gap. It’s a power gap.”

This is particularly more so in Nigeria that is traditionally patriarchal. Nothing perhaps speaks to gender imbalance in the country than the number of representations in the various arms of government – both in the states and at the federal level. Since the commencement of the Fourth Republic in 1999, the number of elected women in both the executive and legislative arms of government has been abysmally low. At the level of the executive, no woman has ever been elected the president of the country or governor of any state. At the legislative level both at federal and the component states, the number of elected legislators is less than five per cent. Yet, we have had a female Chief Justice of Nigeria (CJN) who left a worthy legacy in the judiciary.

As we mark the 2022 International Women’s Day, we must assure our women that we care about their welfare and the prosperity of our country.