Fellow Nigerians, I was extremely pleased to be invited to Sokoto two days ago, January 27, 2022, by one of the world’s richest men, Alhaji Abdulsamad Rabiu, my friend of over 20 years. I would have been very sad had I missed the official commissioning of the new 3MTPA BUA Cement (Sokoto) Line 4 Cement Plant and the groundbreaking for Sokoto Line 5. It was an epoch-making event for many reasons and therefore an occasion that even wild horses would not have stopped me from attending. The Plant is easily one of the biggest businesses of its kind in Northern Nigeria. It is certainly the most technologically advanced business of its type not only in Northern Nigeria, but Nigeria as a whole. The Cement Plant uses and exploits the latest cutting-edge technology available in the industry not only to enhance capacity and productivity but also to ensure increased safety, performance and durability for staff, users, and buildings.

No one should be surprised about the remarkable successes and progress of the BUA Group under the Chairmanship of the amiable, easy-going, humble but audacious Abdulsamad. The secret is simple and straightforward; he’s very hands-on without being a micro manager. He is dedicated and finicky, but he doesn’t seek to be a perfectionist as he knows perfection is impossible. He merely strives to attain the best possible results using the resources available to him. He takes delight in being innovative, accepting and implementing novel ideas whilst working with imaginative, knowledgeable and brilliant people. He is adept and successful at doing multiple things at once. I caught a glimpse of his multitasking abilities when he started chatting with me as early as 7.00am wanting to know if I was fine and my crew also. And I heard he personally contacted many of his friends who were booked on the special chartered flight from Air Peace to make sure that the arrangements he had put in place were working perfectly and that they would be punctual. As I transpired, everything went like clockwork, and we had a pleasant and enjoyable trip to Sokoto. We were well catered for by Air Peace as was befitting of the grand occasion that we were attending.

As if this was not enough, more surprises awaited us in Sokoto. As soon as our plane touched down and we taxied to our parking spot, who did we see at the foot of the plane? None other than Alhaji Abdulsamad who was on hand with a decent welcoming party to personally welcome us all to Sokoto. For someone I’m sure could not have slept more than a few hours, given his penchant for seeing that everything was in place for the splendid event that he had diligently orchestrated, we were pleasantly surprised and honoured to see him at the airport.

More than enough buses and Jeeps were neatly parked outside the airport to transport the visiting dignitaries to the venue of the commissioning and groundbreaking. The drivers, mostly Yoruba, were very warm and welcoming. I didn’t realize there were so many of them resident in Sokoto. We drove smoothly to our destination where everything had been meticulously planned and assiduously executed. Security was very tight due to the large number of VVIPs around, but it was not obstructive or obtrusive. The event was well choreographed, and everything was handled practically seamlessly. It was indeed a spectacular occasion that held us all spellbound.

It was indeed a glorious day for the BUA Group. Seated comfortably in the event centre were some very very important personalities, young, middle aged and old. I was most delighted to see, meet and greet some of the most influential African monarchs, such as His Imperial Majesty The Ooni of Ife Oba Adeyeye Enitan Ogunwusi Ojaja II; The Sultan of Sokoto, His Eminence Muhammadu Sa’adu Abubakar; The Emir of Kano, His Royal Highness, Alhaji Aminu Ado Bayero; The Emir of Bichi, His Royal Highness Alhaji Nasiru Ado Bayero, (my friend of about three decades who I was delighted to see again after his recent turbanning; The Governor of the Central Bank of Nigeria, Godwin Emefiele; Mr Olumide Akpata, President of the Nigeria Bar Association; Mr Sijibomi Ogundele of Sujimoto; Mr Segun Awolowo, former helmsman at the Nigeria Export Promotion Council (NEPC), Dr Taiwo Afolabi of the SIFAX Group; Mr Jubril Adewale Tinubu, the Group CEO of OANDO PLC; Chief Sam Iwuajoku, the founder and Chairman of Quits Aviation; Otunba Niyi Adebayo, Minister of Industry, Trade and Investment; Mr Tayo Ayeni, Chairman of Skymit Motors, Senator Mohammed Daggash; Dr Aliyu Modibbo Umar, former Minister of Commerce and of the FCT; Balogun Akin Osuntokun, and many others. The Governor of Sokoto State, Aminu Waziri Tambuwal played his part as the ecstatic, enthusiastic quintessential host. The force, momentous and historic nature of the occasion was underscored by the fact that the ceremony was presided by President Muhammadu Buhari who led the way in showering praises and encomiums on Abdulsamad Rabiu.

All the speeches reflected the determination and success of the BUA Group to remain one of the leaders in all its spheres of endeavour as well as being the largest employer of labour in the Northern part of Nigeria. The BUA Group continues to excel in its planning and execution of its projects and corporate goals. It is determined to propagate the message that economic and social activity can thrive in a wholesome and fulfilling manner in the North and that the impact of this on the security challenges the region faces can be a thing of the past with such ventures that will improve the life and livelihood of the people.

Briefly, the BUA Cement Sokoto Line 4 was built to the following specifications: three million metric tonnes per annum capacity; 6,000 TPD ILC with the highest energy efficiency and latest pollution abating equipment; 48 MW dual fuel power Plant and so on. The Line 5 is already in the works and should be ready in the first quarter of 2023.

Many of the distinguished guests attested to the uncommon energy of the BUA Group Chairman. On a personal note, I have been a keen watcher of his gargantuan business exploits and feats since we first met at Mr Terry Waya’s 40th birthday extravaganza in London on June 2001. His capacity for taking on seemingly impossible tasks continue to confound his friends and critics alike. Thus, it is no surprise that he has continued to reap the harvests of his daredevil and fantastic initiatives abundantly.
And therefore, Alhaji Abdulsamad Rabiu deserves a standing ovation from us all. 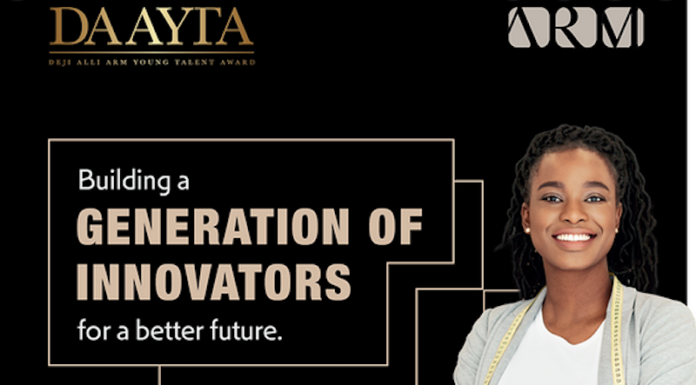