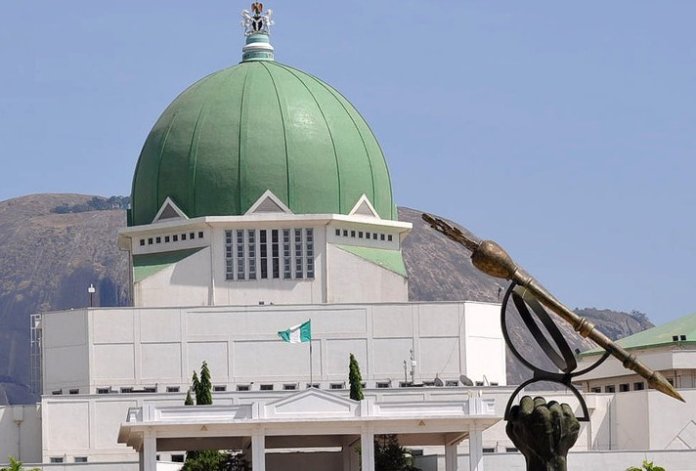 If the sprawling land mass that accommodates the National Assembly complex in the Three Arms zone, Abuja, is indeed a profound pride to representative democracy in Nigeria, what of the highest legislative institution itself?

Therefore, it is truism that the Senate and the House of Representatives are national iconic symbols of our nascent democracy, as it is the practice and norm in any representative democracy anywhere in the world.

Being a critical arm of modern democracies, just like the executive and the judicial branches of government, the legislature occupies a central position in the machinery of governance, as it is traditionally vested with formal law making power, with aboundant capacity to shape or at least influence public policy.

Flowing from the above, it beats my imagination to discover in the newspapers and social media recently, that the political leadership of the National Assembly, as it is being led by Senator Ahmed Ibrahim Lawan, and the National Assembly Service Commission (NASC) are finding it increasingly difficult to descend heavily on three erring staff of the nation’s highest law making body.

The matter of alleged age falsification and forgery involving Okpara Michael Nnaechi, Secretary of Planning & Legislative Budgets; Dauda Ibrahim El- Ladan, Clerk Senate and Adebayo Anthony Ademola, Secretary, Special Duties, who have been reliably found wanting by the appropriate statutory organs within and outside the National Assembly, is catastrophic.

This development leaves me baffled; that a coalition of Civil Society Organizations for Justice Equity ( CCSO – JE) and a concerned body, the Innovation For Empowerment and Sustainable Peace Initiative ( IESP) had to recently drag the relevant authorities within the National Assembly, via press and legal interventions, to take appropriate actions against the said erring Senior Officers.

It is indeed shameful that the atmosphere of the National Assembly is being poisoned because Okpara Michael Nnaechi, Dauda Ibrahim El-Ladan and Adebayo Anthony Ademola are allegedly being shielded by powerful personalities not to suffer the consequences of their corrupt activities.
According to the Coalition of Civil Society Organizations for Justice and Equity and the Innovation For Empowerment and Sustainable Peace Initiative, the trio mentioned above ought to have been suspended in line with the provisions of the New Conditions of Service that became effective since July 2020.

In alerting the mass public, the concerned groups mentioned above, said that the report of the Sub – Committee On Establishment of the National Assembly Service Commission has indicted the erring Senior Officers; that they had been made to undergo the process of fair hearing, after been given 7 days grace to defend themselves.
That the Kalamazoo/ Ledger Official Secret Record of all the staff of the National Assembly has been officially consulted, and the acts of corruption, criminal forgery and falsification of official records have been established against them.

Even, the State Intelligence Bureau (SIB) of the Nigeria Police that earlier arrested the involved Senior Officers, exhaustively investigated the matter, was allegedly compelled by orders from higher authorities within the National Assembly, to free them, a development that sparked outrage and anger amongst staff of the National Assembly.

It has interestingly been revealed too, that the current Clerk to the National Assembly, Architect Ojo Amos Olatunde, has swung into action by officially recommending to the National Assembly Service Commission (NASC), to apply disciplinary measures, having seen that Okpara Michael Nnaechi, Dauda Ibrahim El-Ladan and Adebayo Anthony Ademola have soiled their hands, in the allegations made against them since 2020.

The Chaiman of the National Assembly, who equally doubles as the President of the Senate, Ahmad Lawan, is not unaware of this case against the trio of Okpara Michael, Ibrahim El-Ladan and Adebayo Ademola, and has been allegedly fingered by the Coalition of the Civil Society Organizations for Justice and Equity of obstructing justice, in this regards.

Extracts from the Condition of Service in the National Assembly stipulates as follows;
“A prima facie case of misconduct, the nature of which is considered serious by the commission has been established against him and it is considered in the best interest of the service that he should forthwith be prohibited from carrying on his duties”.

But contrary to the provisions of the Condition of Service in the National Assembly, the affected Senior Officers have been carrying on their assigned official duties unhindered since the Police let them loose last year 2021.

I hereby join my voice with that of the Coalition of the Civil Society Organizations for Justice and Equity, that of the lnnovation for Empowerment and Sustainable Peace Initiative and other absolutely concerned individuals and groups, to stridently call on the National Assembly Service Commission (NASC) and the Hon. Ahmad Lawan, to urgently heed the voices of concern and reason, to stop dragging the image and integrity of the National Assembly in the mud.

By their actions so far in this unfortunate matter, they have crossed the line of caution and decency. What we have on our hands in the National Assembly is indefensible, morally and ethically, it is crazy lawlessness with impunity on the part of those trying to stand on the way of truth.

This unfolding case of three untouchable staff is an embarrassment not only to the image of the National Assembly, but to the anti-corruption posture of President Muhammadu Buhari’s civilian government at the centre.