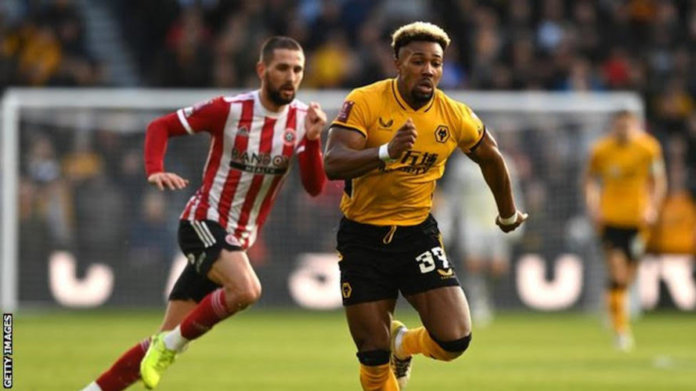 Barcelona have opened talks with Wolves over a deal to re-sign Spain winger Adama Traore.

The Catalan club want an initial loan deal with an obligation to buy at the end of the season.

The move ends Tottenham’s hopes of signing the 26-year-old, who began his career at Barcelona.

Traore has 18 months left on his contract at Molineux and talks over a new deal have yet to reach an agreement.

He left the Nou Camp for Aston Villa in 2015 and spent two years at Middlesbrough before joining Wolves for a then club record £18m in 2018.

The winger has made 154 appearances for the Black Country club, scoring 11 goals.

Wolves are yet to decide whether they will strengthen their squad following the arrival of Chiquinho from Estoril last week.