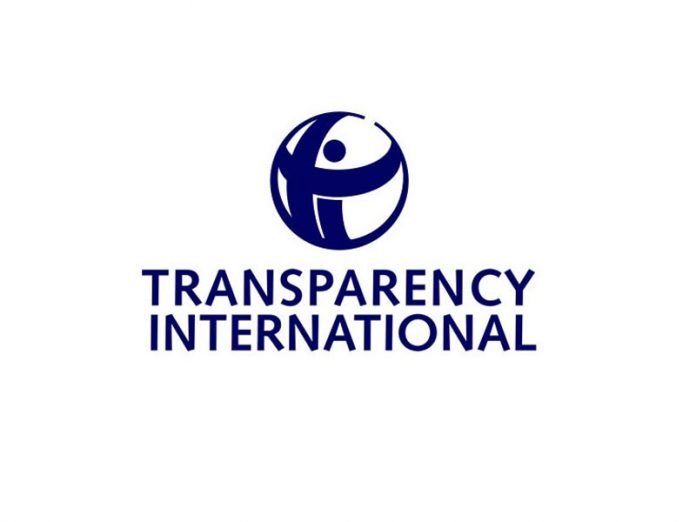 Chiemelie Ezeobi in Lagos and Ndubuisi Francis in Abuja

The latest ranking was five places below the 2020 CPI ranking for the country.

Nigeria also scored 24 out of 100 points falling back one point compared to the 2020 CPI.

Although the index, released in Nigeria by the Civil Society Legislative Advocacy Centre (CISLAC), the National Chapter of TI, did not show specific incidents of corruption in the country, it indicated the perception of corruption in Nigeria.

He explained that the CPI result came when Nigeria, “is battling rising nation-wide insecurity, high unemployment rate and damning revelations around public finance management by the auditor general and investigative journalists,” amongst others.

He pointed out that the assessment did not include Nigeria’s anti-graft agencies, “making commendable efforts” to fight corruption despite, “the political interference they face.”

Nonetheless, CISLAC/TI-Nigeria listed key weaknesses to explain why Nigeria may not have improved in the fight against corruption, noting that, “we feel that these areas require immediate improvement for the sake of the well-being of ordinary Nigerians and the economy.”

He cited the non-compliance and internal control weaknesses in ministries, departments and agencies (MDAs) report for 2019 published by the Office of the Auditor General of the Federation in November 2021.

“For example, the auditor general revealed that nine MDAs spent N49 billion without appropriation by the National Assembly.

He added: “Recent revelations made on the 17th of January 2022 by BudgIT on the duplication of projects in the 2022 budget do less to palliate the pandemic corruption currently experienced despite a rising unemployment rate of 33 per cent.”

On security sector corruption, he lamented that the “systemic corruption in the Nigeria Police Force has sadly continued unabated.”

“This weakness puts the country in a bad light,” he said.

“There are also judicial challenges, corruption in the COVID-19 response, Twitter ban, shrinking civic space and intimidation of human rights defenders,” he added.

“The National Assembly should speed up deliberations and passage of relevant anti-corruption related laws or amendments to strengthen anti-corruption efforts in the interest of Nigerians,” he stated. “The president should assent to these laws once they are passed while taking into consideration the best interest of citizens.”