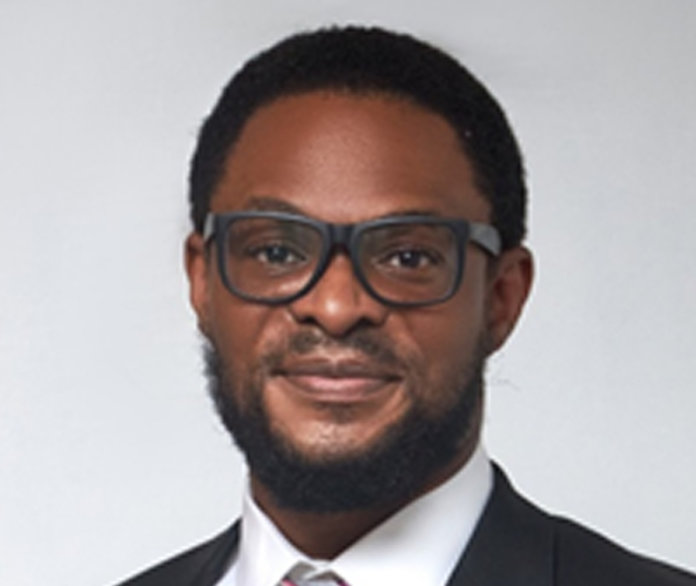 Recently, Governor Babajide Sanwo-Olu unveiled the ‘Lagos State Electricity Policy’, a policy developed by the Ministry of Energy and Mineral Resources, to provide reliable, affordable, and uninterrupted power supply to Lagos residents. In this interview with Ugo Aliogo, Olalere Odusote, Commissioner for Energy and Mineral Resources in Lagos, speaks on the new electricity policy and its progress. Excerpts:

What’s the rationale behind the creation of the new Lagos electricity policy?

Lagos state could immediately have passed a law, but then, we wanted everyone to be duly carried along such that they understand what we aim to achieve, when we want to achieve it, and how we are going to achieve it. With that clarity of intention, a law can then be drafted to focus on achieving the policy objectives.

What the policy has done is to communicate to the investing and consuming public the desires of Lagos to achieve a universal electricity supply. Our definition of universal access to electricity is that anybody who wants power can get it when they want it and in the quantity and quality they want.

What is your overall assessment of electricity supply in Nigeria, particularly Lagos?

There has been an overall marginal improvement in electricity supply since the electricity sector was privatised eight years ago. However, many people in Nigeria do not have access to power at the moment. This is because 40 per cent of Nigerians remain unconnected to the (national) grid. Over the years, the electricity supply into the system hasn’t kept pace with population growth, so we are really not better off than we were at the time the privatisation was initiated.

The privatisation was supposed to offer incremental improvement in power supply, but that hasn’t been achieved. What has happened instead is a phenomenal growth in off-grid supplies. At the beginning of the privatisation, we had next to zero solar infrastructure. However, that off-grid area has been very vibrant and has seen a lot more investment activities than the grid sector.

There is still a disconnect between the commercial realities of the power sector and its current commercial representation. There is a price to be paid for power. If that price is not paid, it is impossible to attract investments. So, we have seen a dearth of investments because the organized grid sector is not paying for the power that is supplied.

It is one thing to create policies and another to implement. What measures are put in place to ensure adequate implementation of the Lagos electricity policy?

In terms of implementation, we are putting together the first draft of a law that will give teeth to this policy. We will still go through a process of public consultations to explain exactly how the law supports the policy objectives. We will also take feedback from stakeholders and the public to understand what we need to do to make that law effective. By effective, I mean the law must improve the power supply.

Today in Lagos, the grid supplies 900-megawatt of electricity to the two Lagos DisCos. Compare this to the records that show that we have imported 8,000 megawatts of diesel generators into Lagos over the past three years. It is estimated that along with the grid supplies, over 4,500 megawatts of electricity are being concurrently consumed in Lagos. There remains room for significant growth in both the on-grid and the off-grid spaces, given that we do not yet have universal electricity access.

We can also have links between the off grids, under grids and the main grid itself. However, we will need a robust regulatory framework to manage the interface between the people handling the different grids to enable them to stay together and trade amongst themselves.

In what ways does the policy provide a significant improvement on the already existing power structure in the state?

The policy does not mandate anyone to do anything, but anybody interested in the direction of the government can begin to take steps to prepare themselves for the opportunities coming up in the sector. For example, we have spoken about the aggregation of off-grid demands to meet electricity needs more efficiently than it is currently being met.

Typically, you will buy a solar home system that provides the electricity supply your home needs. The same thing applies to industries. They get generators that feed the supply they require, then get backup generators for those. The fact is that the installation and maintenance of generators are highly expensive. If we can aggregate the demand even in the off-grid, then we can supply the off-grid cheaper than the cost today. For example, the backup generators of seven big companies in Ikeja can power the whole of Ikeja, but that capacity is dedicated to just seven companies when it could be feeding the entire Ikeja.

In terms of electricity consumption, how does Lagos compare to other states?

The Lagos economy is the fifth-largest economy in Africa and is supposedly bigger than 24 African countries combined. Lagos accounts for 60 per cent of the industrial and commercial activities in Nigeria and, as such, is the largest energy consumer in Nigeria. It is estimated that over 40 per cent of the Nigerian electricity demand is from Lagos. However, Lagos is allocated between 24 per cent to 26 per cent of the power produced on the grid.

What should private and corporate entities expect in terms of value with the unveiling of the Lagos electricity policy?

They can look forward to further investments in the state. Today, when you go into meetings at the federal level where you have the transmission, generation, and distribution companies, we still hear recriminations amongst them, making it challenging to find a holistic solution. In Lagos, we have looked at the market as well as the infrastructure gaps and what we are recommending are specific, phased investments to close those identified gaps.

What’s your overall vision for the power sector in Lagos and your success metrics?

The state’s aim of the policy is universal access to electricity state-wide by December 31, 2036. We looked at the infrastructure gaps and investment requirements, and we recognised a timeline for construction. For the first time, an integrated resource commissioned in partnership with the US Agency for International Development’s Nigeria Power Sector Program. (USAID – NPSP), has defined the infrastructure gaps and will guide the investments that will close these gaps.

When people hear 2036, it doesn’t fill them with a lot of excitement because it sounds far, but we all know that we cannot magically conjure the infrastructure needed. Our expectation is that, given the importance of the electricity sector to the future prosperity of Lagos, we will put this law in place in the first half of next year. This timeline is subject to a public consultation process that the Lagos State House of Assembly must have as part of their responsibilities.

What roles do public and private sectors play in actualising the policy’s objectives?

It is the responsibility of consumers to pay a fair price for the electricity that they consume. It is the provider’s responsibility to ensure that they supply the electricity needed by the consumers and charge a fair price for this supply. The role of the government and its agencies is to ensure that an enabling environment is created for everybody to interact successfully. This environment will include support for enforcing contracts providing clarity and consistency of regulation to encourage investors to confidently invest in the space. So, it’s really everybody coming together to play their part and fulfil their obligations.

How will this policy enhance the economic viability of Lagos?

It has been demonstrated across several countries and cities that electricity use and access are strongly correlated with economic development. In our case, reliable electricity is associated with expensive self-generation, which only makes Lagos, and indeed Nigeria, less competitive than its neighbours. The policy will birth a conversation on the law that will lead to a scaling up of the capacities of the off-grid players, which will, in turn, lead to lower cost of electricity and the attendant improvement in the competitiveness of commercial entities in Lagos.

The policy has given clarity to the direction the state intends to go. Interested investors in the sector are already beginning to engage with the government to craft the regulatory support that will promote and attract investments. The IRP already has provided clear infrastructure gaps and a demand forecast. Interested participants can simply then begin their own due diligence leading to financial commitments to supply improvement initiatives.

There is no lack of understanding that Lagos state is going to create a sustainable market. Sustainable simply means that people will be charged the right price for the right products. Prices that are not too high such that customers are discouraged and not too low such that investors don’t feel that they can benefit financially from the space. We will ensure that the objectives of the state government are met by encouraging people to confidently come into the sector and participate.