Former Speaker, House of Representatives Hon. Yakubu Dogara has reacted to the suspension of his traditional title of “Jakadan Bauchi” by the Bauchi Emirate Council, saying that he has no hand in the attack on the Emirs of Bauchi and Dass by irate youths during the recent violence in Bogoro and Tafawa Balewa local government areas of the state.

Dogara’s position was contained in his statement in Bauchi yesterday.

He said that the emirate council acted based on hearsay without inviting him to state his own side of the story on his alleged link to the recent crisis in Tafawa Balewa and Bogoro during the 21st memorial anniversary of late Baba Peter Gonto.

His words: “I wish to write and extend my sympathies to you over the unfortunate incident involving your entourage while making your way from Bauchi to Bogoro earlier today. It is a huge embarrassment to all of us in my Constituency and the entire State which I totally condemn and disavow, It is worth noting that I would have loved to personally visit to extend my apologies on behalf of my constituents but I know that such a visit would be misconstrued as was the case in the past when the gates of some palaces were shut anytime I visited as Speaker.”

According to him, “Yesterday, January 24, 2022, the Bauchi Emirate Council purportedly announced my suspension as Jakadan Bauchi.”

As of today, I am yet to be served with any letter of suspension and more tenuously, I was never informed that there was an allegation of wrong doing against me pending before the Emirate Council”.

“Ordinarily, I wouldn’t join issues with the Emirate Council because of the respect I have for both His Royal Highness and the Emirate Council. But because there is a ludicrous and legally inchoate criminal complaint filed against me and others by the Governor of Bauchi State and his money bag lackey who are at the centre of it all, I have decided to state my own side of the story as several well wishers and even the press have inundated me with request to respond to events of yesterday so that I am not convicted in the court of public opinion”, the former speaker added.

Dogara further stressed that on close examination, he noticed that the letter of suspension as seen on social media is not contained in the real letter head of Bauchi Emirate Council. That speaks volumes. More so, the reason for the suspension, if true, was that my “name was mentioned,” which clearly is hearsay.”

According to him, “Bauchi Emirate is one of the oldest in the country and I doubt they would take a decision based on hearsay, especially when I am available and can be invited to appear before the Emirate council to face any allegations of wrongdoing against me.”

“This, if true, is no doubt a violation of my constitutionally guaranteed right to fair hearing. It is additionally alleged in the letter under reference that I didn’t sympathise with the two Emirs over the unfortunate incident involving them, which is totally untrue,” he said.

“I therefore reproduce below the message I sent to the two Emirs in the aftermath of the incident for all to see:

I wish to write and extend my sympathies to you over the unfortunate incident involving your entourage while making your way from Bauchi to Bogoro earlier today. It is a huge embarrassment to all of us in my Constituency and the entire State which I totally condemn and disavow.

It is worth noting that I would have loved to personally visit to extend my apologies on behalf of my constituents but I know that such a visit would be misconstrued as was the case in the past when the gates of some palaces were shut anytime I visited as Speaker.

It is pointless to emphasise that the incident was totally avoidable as I had already requested the security agencies to obtain security guarantees from the organisers of the event failing which they should advise them to postpone the event in the interest of peace. It was therefore mindless in the first place, for anyone to have encouraged you to put yourself in harms way, especially when it was obvious that security breach was more probable than likely granted the tension generated by the recklessness of those who were supposed to show leadership.”

He explained that, “This message is sent through a proxy for obvious reasons. “Allah ya ja zamanin Mai Martaba cikin koshin lafiya da arziki.Thankfully, I have witnesses that this message were delivered and acknowledged”

“It was also said in the letter under reference that I did not show remorse over the incident. As we all know, remorse comes as a consequence of guilt. The Emirate council cannot convict me over hearsay, without investigation and without inviting me to face any allegations against me. I maintain a clear conscience before God that I have nothing to do with any mayhem in Zaar land, not least the incident involving the two Emirs as I had no inkling whatsoever that they would be attending an event that was already marred by crisis before it began”, he maintained.

He said: “Even if it turns out to be true that the Emirate council did what they must do, it would be no surprise to keen watchers of events in Bauchi State. I am aware that both His Royal Highness and members of the Council have been under tremendous pressure from the Bauchi State Government to withdraw the traditional title conferred on me for quite some time now. It is all part of a smear campaign to portray me as insensitive and convict me in the court of public opinion for the political gains of some desperate characters. 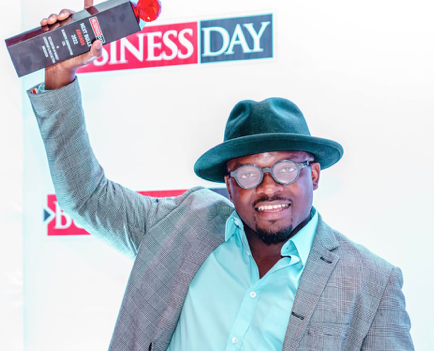 THE NEXT BULL: SUJIMOTO BAGS ANOTHER BUSINESSDAY AWARD