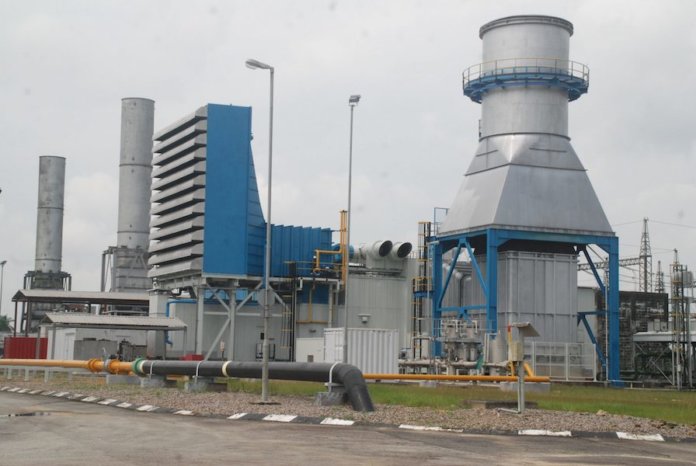 Ibom Power Plc, one of the Independent Power Plants in Nigeria, is rounding up the construction of its new 500 megawatts (MW) power plant to ramp up the company’s generation capacity.

The project being handled by General Electric (GE), is expected to be completed this month, and will add to the firm’s existing 190MW plant.

The Managing Director of Ibom Power, Mr. Meyen Etukudo, disclosed this in a session with energy reporters in Uyo, the Akwa Ibom State capital, adding that the 685MW licence acquired by the company had even been renewed till 2028.

Etukudo also declared that based on his wealth of experience in the power sector, right from his time at the glory days of the defunct National Electric Power Authority (NEPA) and his exposure in the international energy developments, he knows what it would take to solve Nigeria’s power problem if given the opportunity.

He listed some of the challenges confronting Ibom Power to include the inability of its host Disco to take the quantum of power it generates.

‘‘For instance, if I generate 100MW of electricity and the Disco is only able to take 60MW, I send the remaining 40MW to the grid at the National Control Centre in Osogbo, Osun State. But if the Disco can take everything I generate, there is no point sending it to the grid,” Etukudo explained.

He lamented the inability of the host Disco and the Transmission Company of Nigeria (TCN) to invest in infrastructure upgrade, saying that was a major setback to the state.

Etukudo stated that the Akwa Ibom State government had however taken up the responsibility of TCN by building 132/33KVA and 260MVA at Ikom, Cross River State, which was inaugurated by the Vice President, Prof. Yemi Osinbajo, in 2020.

According to him, this is a giant leap that has not been recorded anywhere in the country, as the Akwa Ibom State Government is the first to record such feat.

He said Governor Udom Emmanuel, took the decision not to wait for the federal government through the TCN to invest in the project because it would go a long way in solving the power supply challenges confronting industries in the state.

He said if the governor had all the powers, he would have done far more to transform the electricity sector in the country.

He pointed out that the 40 per cent stake of the federal government in the Port Harcourt Electricity Distribution Company (PHEDC) had prevented him from making the desired investment in that regard.

Etukudo said Akwa Ibom was blessed for not havimg gas constraints, explaining that the gas pipeline layed to Ibom Power was enough to take about 400 million standard cubic feet of gas (scuf) which was enough to take care of the phase two of the 500MW power plant.

On the electricity market’s indebtedness to the firm, Etukudo said since 2016 when he came on board at the company, it had not been able to receive up to 30 per cent of its invoice to Nigerian Bulk Electricity Trader (NBET) Plc.

He maintained that, currently, NBET’s indebtedness to Ibom Power runs into billions of naira, adding that if it invoices N1 billion, it does not get up to N300 million payment.

Etukudo, however decried the persistent energy crisis in Nigeria even after privatisation and with huge funds invested in the sector by the federal government, blaming it largely on the failures of the distribution companies (Discos).

The power expert expressed disappointment over the disappearance of maintenance culture in the system, saying most of the transmission and distribution network infrastructure had been left unmaintained for years.

Insisting that solving Nigeria’s power problem needs a will power, Etukudo declared that he has the magic wand to giving Nigerians electricity, adding “everywhere, all over the country is dark but there is power. The Discos don’t give power to the people.”