Former President Olusegun Obasanjo has now become a self-propelled recurring figure in the delivery ward of the Presidency of Nigeria. Ever since his own maneuvered presidential delivery in 1999 was unceremoniously terminated following abortion of his attempted third term rebirth in 2007, he has repeatedly haunted the process of producing successors like a labour room ghost.

Just when we all thought we had at last come to the post-Obasanjo era, the human ghost that has haunted the presidential labour room persistently since 2007 in aborted efforts to possess three successive emerging Presidents is back again, taking position authoritatively: “How do we prepare for post-Buhari era? What should we do to make post-Buhari era better than what we have now? That is our responsibility. It concerns all of us,” he said.

The self-imposed endorser of all presidential aspirants diverted a ‘Retreat on Inclusive Security’ for leaders of socio-cultural organizations organized by the Global Peace Foundation in collaboration with Vision Africa in Abuja the other day, to launch his now familiar ritual of denunciation of President Buhari’s performance as a prelude to anointing his preferred 2023 aspirant: “that is what he can do, if you expect anything than what he is doing, you are kicking a dead horse and there is no need. We must not fold our hands”, the former president who won’t quit the stage proclaimed.

Apart from the political labour room for presidency, the Presidential Villa has been the preferred hang-out for Obasanjo ever since his desperation wrestled the constitutional eight years term limit in 2007, unleashing the legendary “Third Term Agenda” and other related political maladies that infested the National Assembly and almost derailed democracy. Obasanjo’s frequent denials of any such plot were effectively contradicted by his fierce fixation with dominating the process of emergence of his successors, thereafter parading himself as the power behind the throne!

The former President always advertised his fury whenever the Executive President’s defiant rejection overtook his posturing, writing and leaking numerous letters of protest packaged cunningly as candid criticism of performance. These were the poisonous preludes to all manner of political plots to undermine, overwhelm and eventually disown a President he once promoted proudly.

The criteria for retaining rights of “anointment” has more to do with unwavering loyalty to his personal and political ego than any genuine concern for good governance and democracy which he did not uphold as President for eight years. Obasanjo has been oscillating between anointment and denouncement of sitting Presidents in vain efforts to maintain a domineering influence over Nigeria’s Presidency a decade and a half after leaving office. The fact that the appalling stagnation particularly in the power, roads and petroleum sectors is still regarded as a regrettable reminder of the monumental costly failures of his tenure is conveniently deleted.

The way he has again planted himself into the screenplay for emergence of the next president, sounding like the executive director, is ominous and smacks of denial of any liability for the sorry state of affairs prevailing, notwithstanding that even the seeds of Boko Haram insurgency took root under his watch. We have also witnessed the virtual wrecking of the PDP, the party that actualized his programmed transition from prison-to-presidency, by symbolic shredding of membership cards and instigating mutiny of state governors, as soon as he lost relevance in party affairs and influence over the Goodluck Jonathan Presidency.

Earlier, towards the end of his second term, the constitution’s term limit provisions were targeted in pursuit of life presidency, with disturbing consequences on integrity of the legislature and stability of the polity. More recently, the former president’s letter-writing wrath, brazen politicization of insecurity and orchestrating “summits” to embolden geo-ethnic agitations signaled his ruinous reaction to the miscarriage of the nPDP stake-seeking invasion of APC, which he spearheaded as a last minute option B to adopt President Buhari at least a step-son.

In all these political plots, subterranean schemes and manipulative maneuvers the webmaster was former President Obasanjo and the overriding objective of achieving political self-perpetuation as the godfather of Nigeria’s politics of leadership, chief anointer of Nigerian Presidents and power behind the throne loomed large. All will be well as long as he has unfettered access to the sitting President and also has his say along with his way on demand. The other side of OBJ comes into force as soon as there is any threat to alter these self-serving scenarios. Nothing is indispensable and nothing is sacred in the desperate desire to retain a ghostly grip on the jugular of the nation’s leadership.

National interest fades in the blindness of inordinate political ambition as the reactionary rituals of the former President exposed unsettling extremes of self-motivation, whether in the Third Term Agenda’s constitutional crises , the macabre politics of ill-health as qualifying factor for preferred successor, the daring usurpation of the North’s 2011 second term entitlement and the blood –letting it provoked, the crude castration of the PDP, demonization of President Goodluck Jonathan and abrupt switch of loyalty to opposition or the sudden ditching of the APC and the Buhari Presidency which completed the cycle of obsessive compulsive delusion of political indispensability.

Obasanjo was Nigeria’s military head of state and the country’s democratically elected President for cumulative 11 years between February 1976 and September 1979 and from May 1999 to May 2007. Yet 15 years later he won’t let go of the puppet master’s strings, now reduced to a knotty entanglement left by self-liberated puppets and rejected overtures. The most enduring obsessions must however fade in face of unfulfilled indulgences and, though the ego remains bloated, time is the ultimate deflator.

Nigeria’s ambushed politics of leadership and the ego-inflating rituals of anointing successor Presidents with the delusion of obsolete ambition have now finally attained auto-elimination as the godfather himself has had to submit to the exorcism of age. The people have fervently been praying for a post-Obasanjo era, to achieve a clean break from the seemingly intractable challenges of abandoned road and power projects, endemic local insufficiency of petrol refining capacity, Boko Haram insurgency and associated criminality and the ghostly grip of the former President whose legacy they represent.

But, God in His Infinite Mercy has answered our prayers by making the proprietor of presidential politics the terminator of his own tenure of imaginary indispensability. At the same event where he announced his unsolicited return to haunt presidential politics, the former President, under superior stupor, uttered this conclusive confession: “Each and every one of us has solutions to Nigeria’s problems but each and every one of us is wrong when you bring your own and you think it is perfect; now listen to the other man.” Welcome to the post-Obasanjo era! 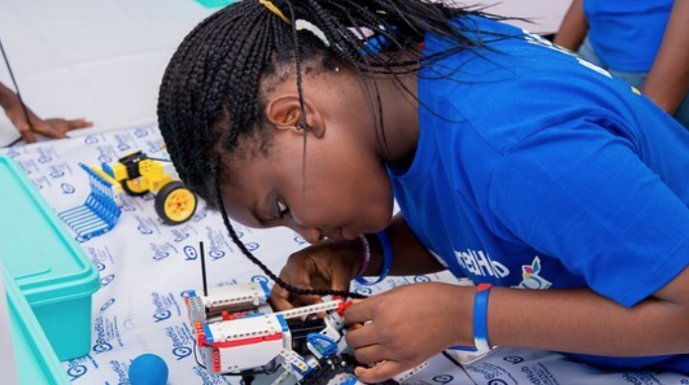 Presidency: Perpetrators of Barbarous Killings in S’east will Be Hounded by Security Forces