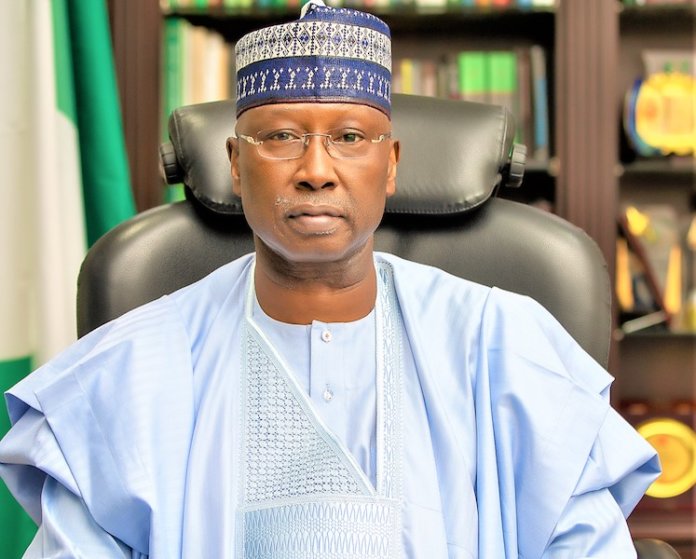 Secretary to the Government of the Federation (SGF), Mr. Boss Mustapha, yesterday described the late former Chief of Naval Staff, Vice Admiral Ishaya Ibrahim, as a man of integrity, who pitched his tent with President Muhammadu Buhari as a candidate while he served as naval chief.

Speaking at a funeral service for the late service chief at the ECWA Church, Wuse, Abuja, the SGF said Admiral Ibrahim took then candidate Buhari on an exploratory visit to Southern Kaduna, home state of the late military chief, on how to rescue the country.

“I bring you greetings from the President. My association with Vice Admiral Ibrahim is not long but the little time I have had course to relate with him dating back to 2014 after the merger of political parties to form the APC and because he is a man of deep conviction, he did something that has remained fully clear and crystal for me.

“He served under both President Yar’Adua and Jonathan as Chief of Naval Staff between the years 2008 and 2010. But after the political parties merged, I think it was after the convention in Lagos or before but before the general elections in 2015 that we were trying to deepen the ideology of the APC,” he said.

Mustapha said Ibrahim, who was Chairman of the Board of the Nigeria Inland Waterways Authority (NIWA) before his demise, “was the first person that took president Buhari, then a candidate, on an exploratory visit and we had some kind of seminar about the need to come together to rescue the country and we travelled to Southern Kaduna.

“For that particular enterprise, except you are a man of deep conviction, the step he took was not an ordinary step, having served under two PDP presidents and now a candidate from the opposition was the one he decided to pitch his tent with.

“That is the hallmark of a true patriot, a man of integrity. I was not surprised when I left NIWA as managing director to become the SGF, I had the singular privilege of announcing his appointment. He is not only a great icon to the Navy but to the nation,” he said.